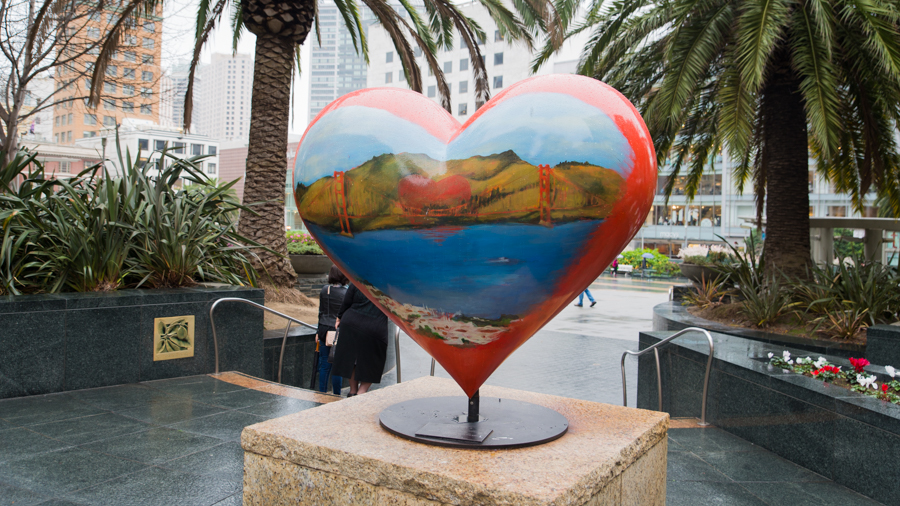 Union Square ranks right up there with other must-see San Francisco destinations, so why not play tourist for a day and explore this historic park and its surrounding area? Ever since the square was first designed in 1847 and served as a prime spot for civil war protesting and a post-1906 earthquake temporary shelter, it continues to be a gathering place for residents and visitors. 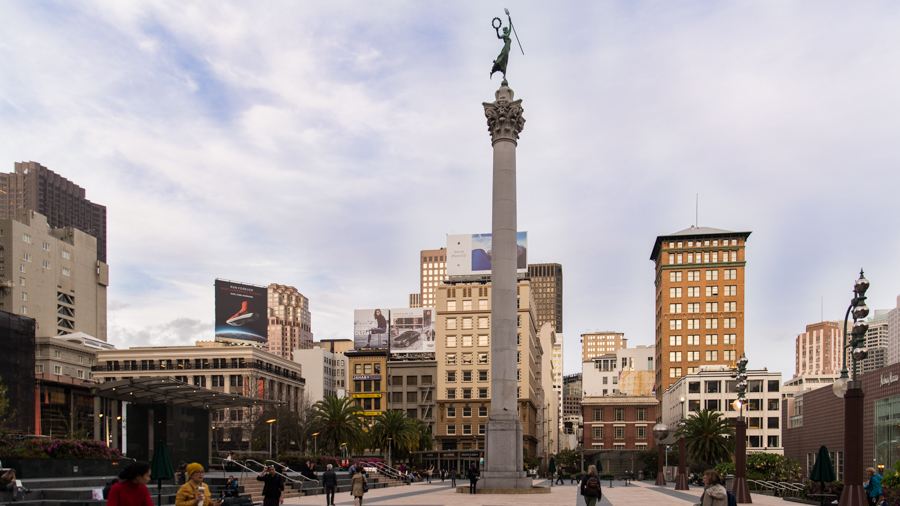 The Dewey Monument in the heart of Union Square.

The Square and Monument

In 1903 President Theodore Roosevelt’s last official act was the dedication of the Dewey Monument, commemorating the victory of Admiral George Dewey and the American fleet over Spanish forces at Manila Bay in the Philippines on May 1, 1898, during the Spanish-American War. In 2002, a “new” park opened to the public and improvements included increased visibility, smaller lawn areas terraced down to Geary Street, public art, a ticketing pavilion and cafe. 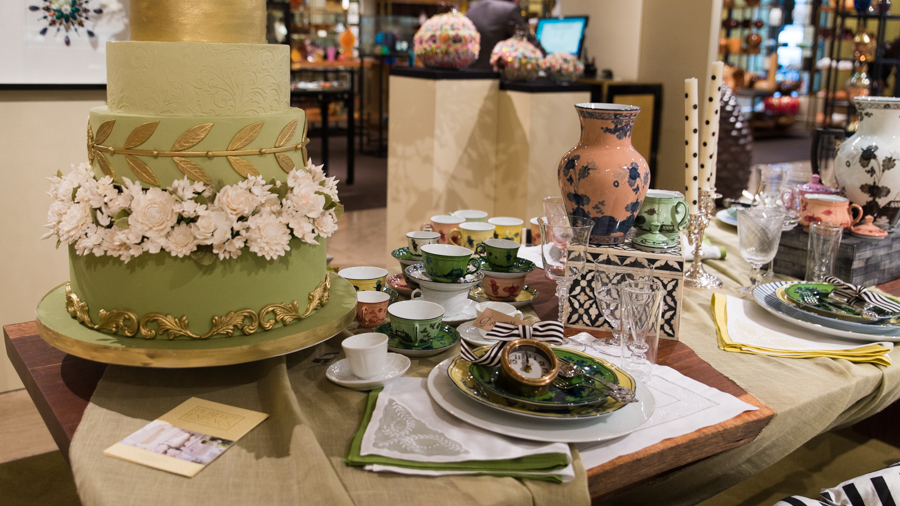 Inside of Gump's San Francisco.

Many of the turn-of-the-century buildings that border the square were originally department stores. City of Paris, I. Magnin, and the Emporium have morphed into Neiman Marcus, Macy’s, and Westfield, and there are still glimmers of their architectural past if you look closely. Gump’s is the last of the original stores, and its 135 Post Street location is definitely worth a visit. 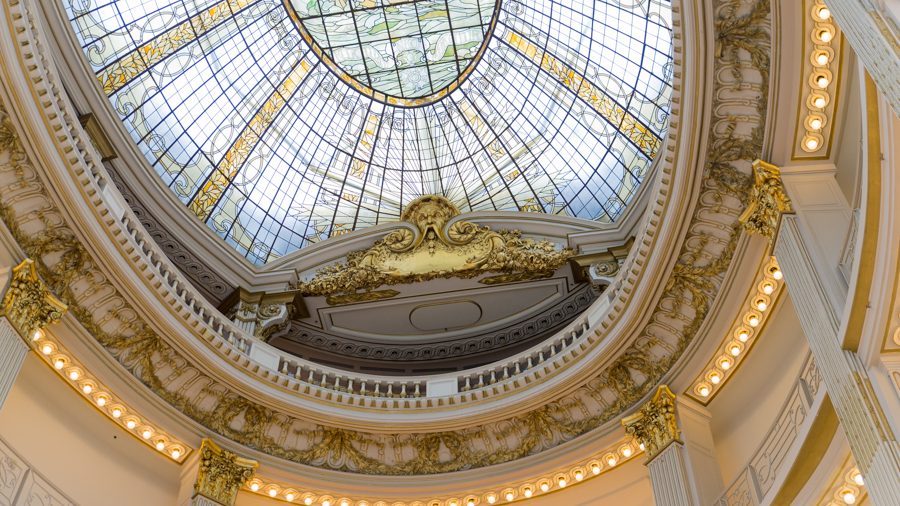 Inside Neiman Marcus looking up at The Rotunda.

Many of the eating establishments that ring the square are inside department stores and hotels, and if the budget can handle it, take a seat at the Saint Francis Hotel’s Clock Bar. Built in 1904, this historic property has hosted ex-presidents, kings and celebrities. The elevated bar area is a great spot to people watch while enjoying the architecture and a bite to eat. Oh, if those walls could talk. The Rotunda, inside Neiman Marcus, is also a great spot to relish the architecture and the food.

Other restaurants and bars worth a visit and within a block or so of the square include Turn Cafe for all-day fare, Johnny Foley’s Irish Pub & Restaurant for Irish cuisine and beer, Benjamin Cooper for craft cocktails and oysters, and Kin Khao for elevated Thai cuisine. 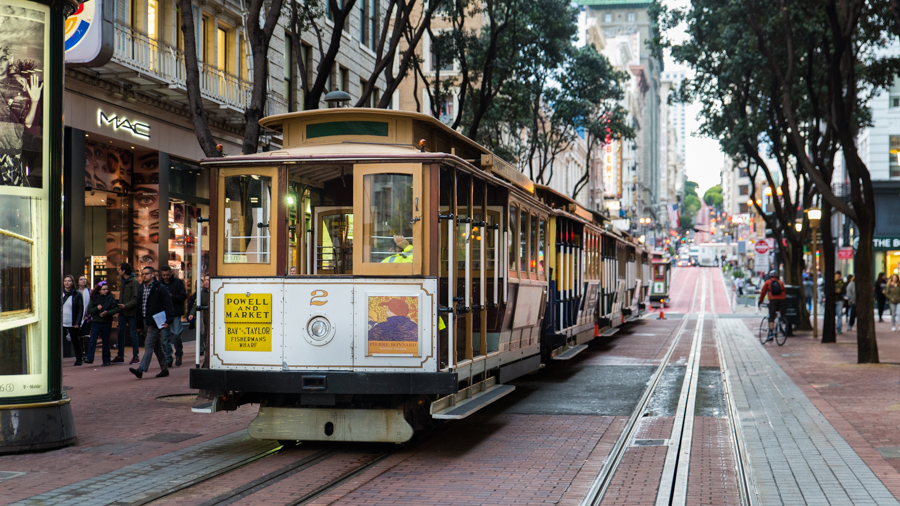 Pretty much every tourist that visits the square also hops on a cable car at Hallidie Plaza’s Powell Street turnaround. Situated within feet of BART’s Powell Street entrance, it’s a logical first or last stop. Hop on the cable car and ride it to the Cable Car Museum where you’ll learn about this mode of transportation’s history. (Both the Powell-Hyde and Powell-Mason lines stop at the museum.) 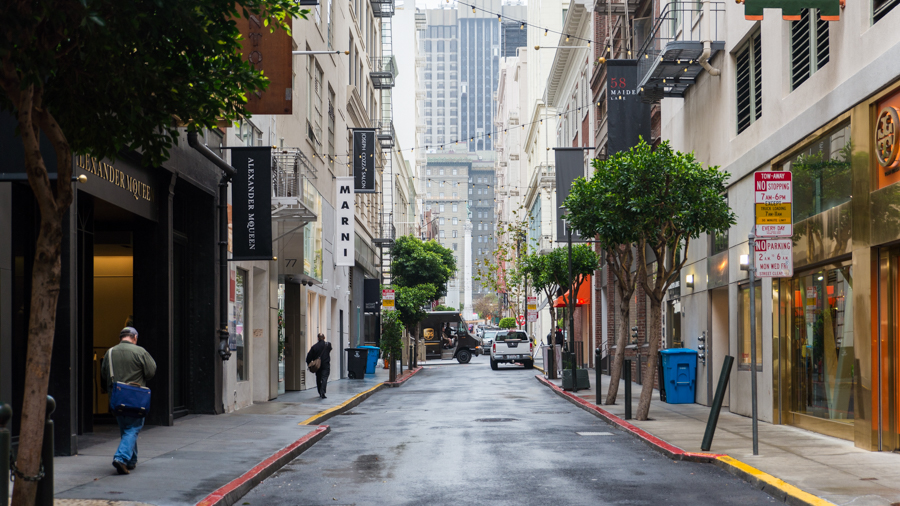 Maiden Lane boasts shops and cafes that beg to be explored.

Maiden Lane, which begins perpendicular to the square, is a quaint stretch of shops and cafes that begs to be explored. Closed to vehicles, it’s a great place to wander and think about its history in relation to San Francisco. It is said that during the late 1800s, this two-block strip housed brothels. Belden Place, a few blocks away, was also referred to as “brothel alley”.

Though Yerba Buena and the forthcoming SFMOMA are several blocks away from the square, there are a few noteworthy art galleries for those interested in admiring and possibly purchasing art. Though high rents have forced out several longstanding galleries, places like Dolby Chadwick Gallery and Hang Art Gallery are still nearby for browsing.

Sophia Markoulakis is a Bay Area-based freelance journalist covering lifestyle and human interest topics. Her first memory riding BART was while attending UC Berkeley when she would ride the train to the Powell Street station when she needed a break from studying and her 7 roommates and to window shop. She still window shops and finds BART the best way to get to Union Square.