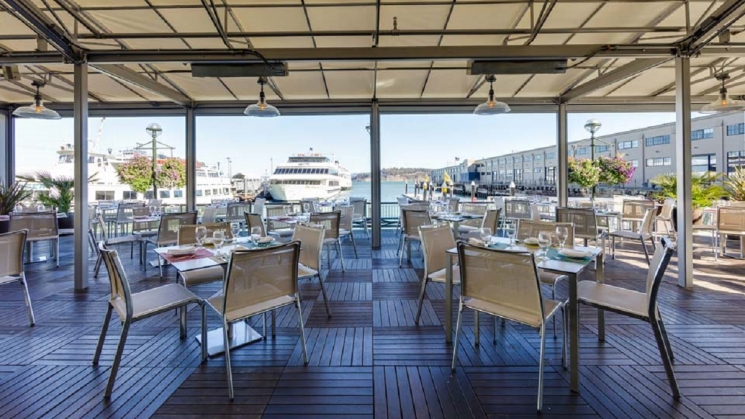 Outdoor dining is back. With the shelter-in-place restrictions easing and restaurants welcoming diners to their parklets, patios, and rooftop decks, it's a great time to get outside and enjoy some tasty eats and refreshing drinks. Check out the following list of some of our favorite BARTable spots to grab a bite or a beer outside.

Editor's Note: Please wear a mask and keep a physical distance of at least six feet while riding the trains or at a restaurant. Before you travel on BART, use our Trip Planner to get estimated arrival and departure times. See BART's 15-step plan to safely welcome back riders here. 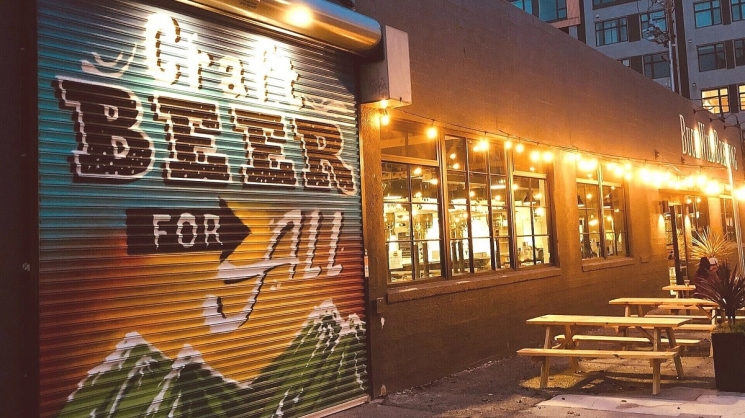 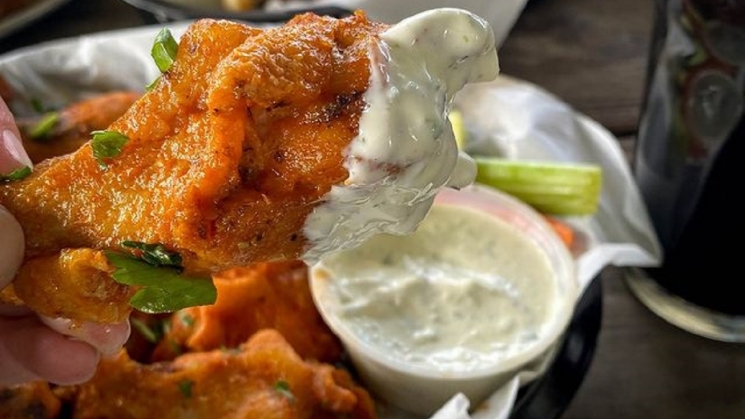 Just outside MacArthur Station, this modern beer garden serves California craft beer, cider and wine, plus well-priced pizza (by the slice or the pie), spicy wings and salads, in a bright shipping container complex. The spacious outdoor seating area has fire pits, a few booths and plenty of tables. Ride BART to MacArthur and walk four minutes to 4006 Martin Luther King Jr Way.

Outdoor dining at Jupiter reopens on Friday, Feb. 5. Serving wood-fired pizzas amidst a wood tavern vibe steps from Downtown Berkeley Station, Jupiter’s cozy patio is a must. You’ll find microbrews for the beer lover, vegan cheese for the animal lover, and a pergola encased in vining greenery for the garden lover. Post up at a table or on the brick ledge of the firepit and enjoy the magical ambiance. Take BART to Downtown Berkeley and walk two minutes to 2181 Shattuck Ave. 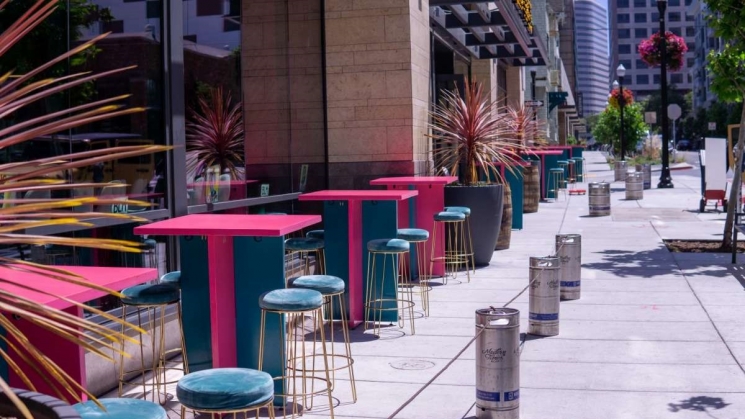 This San Diego brewery has opened a tasting room in Oakland, made up of beer, caffeinated marvels, and mind-bending artwork. Prepare your taste-receptors for 34 taps of unimaginably delicious beers, including seasonals, year-rounds, one-offs, and rare special release magic that’s going to knock your socks clean off. They also offer to-go beer, cold brew coffee, bags of coffee beans, and crowler (32 oz. can) fills, alongside a full mini-mart replete with wearable items, glassware, and sundry merch items, each more dazzling than the last. Ride BART to 19th St/Oakland and walk 10 minutes to 2410 Valdez St. 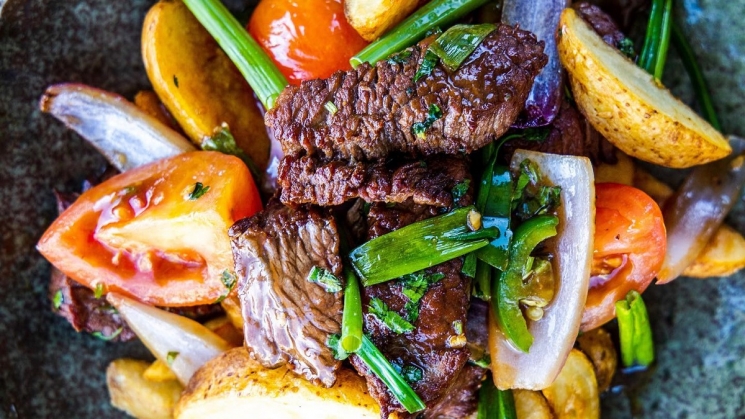 Offering a taste through Peru, La Mar’s signature menu items range from unique seafood, meat, and vegetarian selections that showcase Chef Lopez’s dedication to sea-to-table cooking. Vibrant dish examples include the Cebiche Clásico with California halibut in a classic leche de tigre with red onion, habanero, Peruvian corn, and yam. The cocktail menu is built around Pisco, the national drink of Peru, and goes beyond the classics like the Pisco Sour to feature a dozen specialized cocktails including the Chilcano with Pisco, ginger beer, lime juice, and angostura bitters. Take BART to Embarcadero and walk six minutes to Pier 1 1/2. 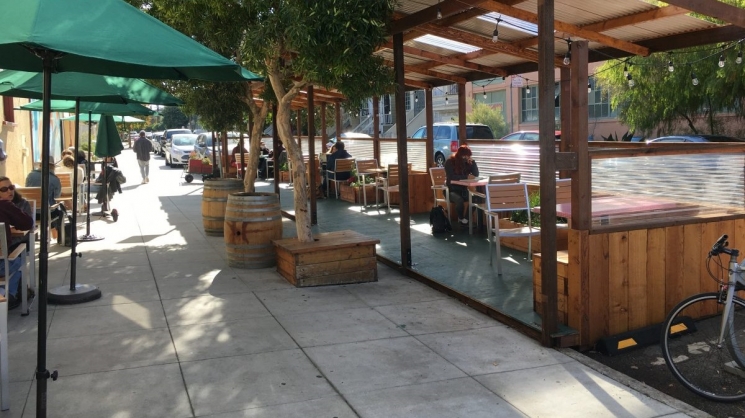 Atlas Cafe has been serving great coffee in San Francisco's Mission District since April of 1996 and now they have a new parklet to enjoy. Relax outside with a coffee or a microbrew, along with a wide selection of handcrafted food items and sweet treats, including tasty vegetarian and vegan food options. Take BART to 16th St Mission or 24th St Mission and walk 15 minutes to 3049 20th St. 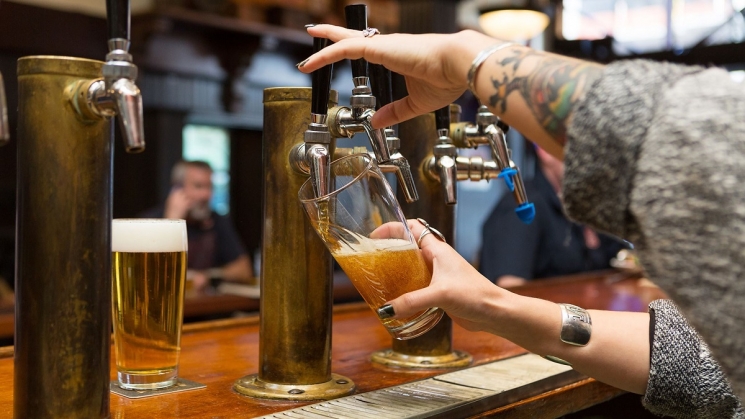 Downtown Berkeley’s Triple Rock Brewery & Alehouse was America’s fifth brewpub, and it also manages to live up to North Berkeley’s high standard of fare. With the bar food here proving just as enticing as what’s on tap, massive burgers, salads and myriad snacks (salmon tartare, spinach and artichoke dip, mac ‘n’ cheese with pulled pork) are ready to tackle your post-drink munchies. Enjoy it all in their parklet or on their roof deck. Take BART to Downtown Berkeley and walk five minutes to 1920 Shattuck Ave.

Have a favorite BARTable restaurant that's open for outdoor dining, delivery or take out? Let us know via social media, @SFBARTable #SFBARTable! Keep up with us on Facebook, Instagram and Twitter to see all of the best BARTable (virtual) events, places to eat (grab take out from) and have fun (outside) around the Bay.