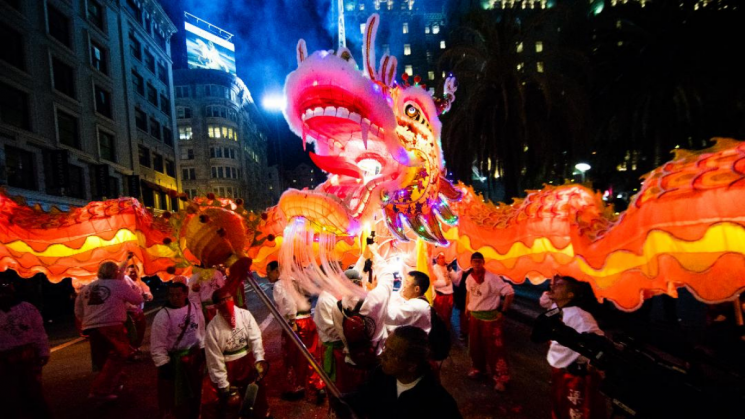 This weekend, there are Chinese New Year celebrations aplenty (including the famous San Francisco parade that has gone virtual) and Black History Month events to bring you joy through music. If going outdoors is in your wheelhouse for the weekend that predicts Spring-like weather in the Bay Area, check-out the BARTable Outdoors section for some good ideas to get you out there by foot or by bike. Whatever you do, enjoy!

Editor's Note: Please wear a mask and keep a physical distance of at least six feet while riding the trains or at an in-person event. Before you travel on BART, use our Trip Planner to get estimated arrival and departure times. See BART's 15-step plan to safely welcoming riders here. 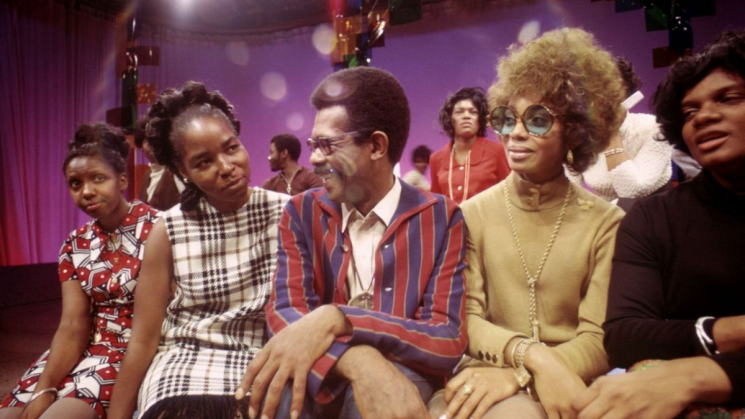 "Soul!" helped pave the way for Black cultural programming in the Bay Area and beyond. Photo courtesy of PBS.

From 1968 to 1973, the public television variety show Soul! offered an unfiltered, uncompromising celebration of Black literature, poetry, music, and politics. The series was among the first to provide expanded images of African Americans on television, shifting the gaze of the time to the vibrancy of the Black Arts Movement. Guided by the enigmatic producer and host, Ellis Haizlip, “Mr. Soul!” captures a critical moment in culture whose impact continues to resonate today. Watch the free screening of Mr. Soul! on Friday at 6pm with a Q&A and discussion to follow.

“One of the top jazz pianists in the world” (The Los Angeles Times), Kenny Barron is a 2010 NEA Jazz Master and eleven-time GRAMMY® nominee who helped define and extend the jazz tradition over his monumental career having worked with the biggest of legends and recording nearly 50 albums. Take in the genius of his talent from this show originally filmed in November 2018, along with the talents of Regina Carter, Terri Lyne Carrington & Eddie Henderson. Virtual streaming begins at 5pm with memberships available for viewing.

3 Doors Down is celebrating the 20th anniversary of their multi-platinum debut album with opportunities to watch them live from your living room as they perform from Nashville with their second performance, “Greatest Hit’s Acoustic”, this Friday at 6pm. After a year on hiatus due to the COVID-19 pandemic, the band is excited to be together to play for their fans again. Tickets are $20 for the live stream and will be available for on-demand streaming for 48-hours from show start time. Look forward to a rocking good time!

San Francisco Symphony Music Director, Esa-Pekka Salonen has, through his many high-profile conducting roles and work as a leading composer, shaped a unique vision for the present and future of the contemporary symphony orchestra. Nostalgia is a longing to return home, but what if that home isn’t there anymore? In "SoundBox: Nostalgia," three composers look to a past that may or may not exist, while opening new portals to the future. Tickets are $15.

Stories surround us, whether we can see them or not. Ten revered writers with deep ties to Berkeley – including Eisa Davis, Philip Kan Gotanda, Daniel Handler, Aya de León, Adam Mansbach, Richard Montoya, Itamar Moses, Kamala Parks (BART’s own!), Sarah Ruhl, and Sean San José – have all crafted short stories around a place or a setting within the city that is significant to them. Join them as they take you on an aural adventure from Leopold’s Records to Tilden Park, BART stations to cafes. You will also receive, via snail mail, a physical map (or a digital version if you’d like to save a tree) of the locations illustrated by a New Yorker cartoonist, lifting you out of the virtual realm and inviting you to explore the past hidden beneath the present! Audio stories available now - tickets just $10!

On Friday and Saturday night, enjoy an evening of socially-distant drinks and dining at Out Front at The UC Theatre, featuring live music from House Call Soul (Friday) and Los Bahianatos (Saturday). It's free to attend from 6-10pm. Go early to snag a table! Enjoy cocktails, beer, and wine with friends and family at the street bar, and a selection of food items from Cali Alley and other neighborhood restaurants. 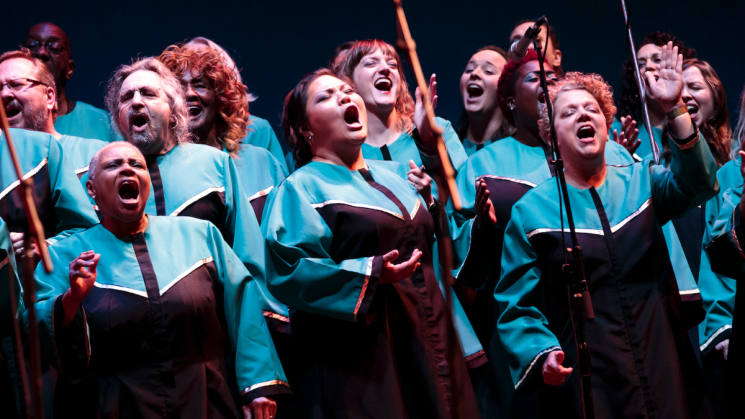 For the first time in the Chinese New Year Parade history, you can see one of the shimmering floats up close. The big Southwest Airlines float will be on display at Pier 27, Cruise Terminal Plaza, from noon to 8 pm on Feb. 20 and 21. Take BART to Embarcadero and walk 20 minutes to Pier 27.

Additionally, the Chinese Chamber of Commerce of San Francisco is excited to debut The Year of the Ox on Parade. A tradition in the making, 11 life-sized oxen will be publicly displayed across San Francisco to help ring in the new year of the ox. Each ox is designed by a local artist to reflect upon the Chinese culture, people, and traditions. Snap a selfie with an ox and share your experience via social media and you'll be entered in their photo contest. Visit the Chinese New Year website to learn more about the oxen, the artists, the inspiration behind each design, and the full contest rules.

The mission of the Oakland Interfaith Gospel Choir is to inspire joy and unity among all people through black gospel and spiritual music traditions. This month as we celebrate Black history it’s a wonderful time to look toward that mission and listen to their message through the music. Join the celebration at a virtual musical revue in honor of the month at 6pm on Saturday. The event is free with registration required and a suggested donation of $20.

Celebrate the Year of the Ox with the SF Symphony as they present the Chinese New Year Virtual Celebration – the annual celebration of the Lunar New Year. Join the elegant and colorful event from your own home that will share vibrant Asian traditions, past and present, and feature a program of traditional folk music and works by Asian composers. The program is free and will be available for live streaming Saturday at 4pm via SF Symphony’s website and NBC Bay Area with rebroadcast on KTSF 26 on Sunday, Feb. 21 at 3:30pm.

Sons of the Soul Revivers: The Freight at Home | Virtual

This group has a long history together. In fact, they've been friends since childhood, having formed their group following in the footsteps of their fathers 'The Soul Revivers". These guys have deep roots in gospel music with a fundamental heart magic, “a soulful joy in the positive things in life that summons a response from believers and nonbelievers alike” as described on The Freight’s webpage. Tune in on Saturday at 7pm to feel the love. Tickets start at $10 and run on a sliding scale with a 7-show pass also available to enjoy other Freight at Home shows.

A Bold New Circus transports the audience into a world of wonder, inspiring all with extraordinary feats of human accomplishment and the astounding potential of the human spirit. Experience the stars of international circus, from all four corners of the globe as they perform jaw dropping spectacles. Take in the sights and sounds of this truly amazing show from your own home. Tickets cost $25 with multiple options to view throughout the week and weekend.

The Ferry Plaza Farmer's Market is widely acclaimed for both the quality and diversity of its fresh farm products, and artisan and prepared foods. Some of San Francisco’s best chefs, and most famous farmers, can be seen at the market that is known as one of the top markets in the country. While you’re there, pop inside the Ferry Building to grab a coffee at Blue Bottle and a tidbit to go with it at one of the resident vendors – you won’t be sorry you did! Take BART to Embarcadero and walk five minutes to the Ferry Building. 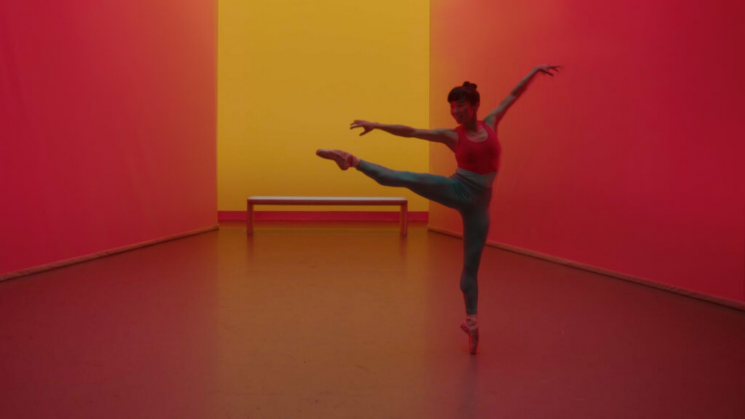 Dwight Rhoden’s brilliantly physical and deeply felt “Let’s Begin at the End” returns following its success at the 2018 Unbound Festival. SF Ballet Soloist Myles Thatcher, known for his signature blend of innovative movement and social consciousness, creates a new work “Colorforms”. Closing the program, Mark Morris’ “Sandpaper Ballet” is a cleverly tongue-in-cheek piece exemplary of this choreographer’s signature musical sensibility. The season may look different this year, but SF Ballet’s world-class performances can still be enjoyed from the comfort of your own home. Single stream 72-hour access available for $29 with digital packages available for the full season. Upload, sit back, relax and enjoy the ballet from wherever you may be.

Hailed by the Chicago Sun-Times as “Chicago’s Official Magic Man”, Dennis Watkins has taken his intimate Magic Parlour to the virtual world and into our homes for a magical experience on Friday and Saturday evenings at 6pm PST. As a third-generation world-class magician, he continues the legacy of bringing magic and a sense of wonder, creating awe and taking us back to what it felt like to be a kid. Tickets run $49 per household. Please keep in mind that these shows are engineered for an adult audience.

“Throughline: San Francisco Symphony-From Hall to Home” originally aired on KQED in November and is now streaming worldwide for on-demand viewing. The vibrant program includes music by Ellen Reid, John Adams, Kev Choice, and Ludwig van Beethoven written specifically for digital medium and filmed in locations around the world, grounded with a local focus. Streaming is free so, kick back, relax and enjoy the sounds and sights this beautiful piece has to offer.