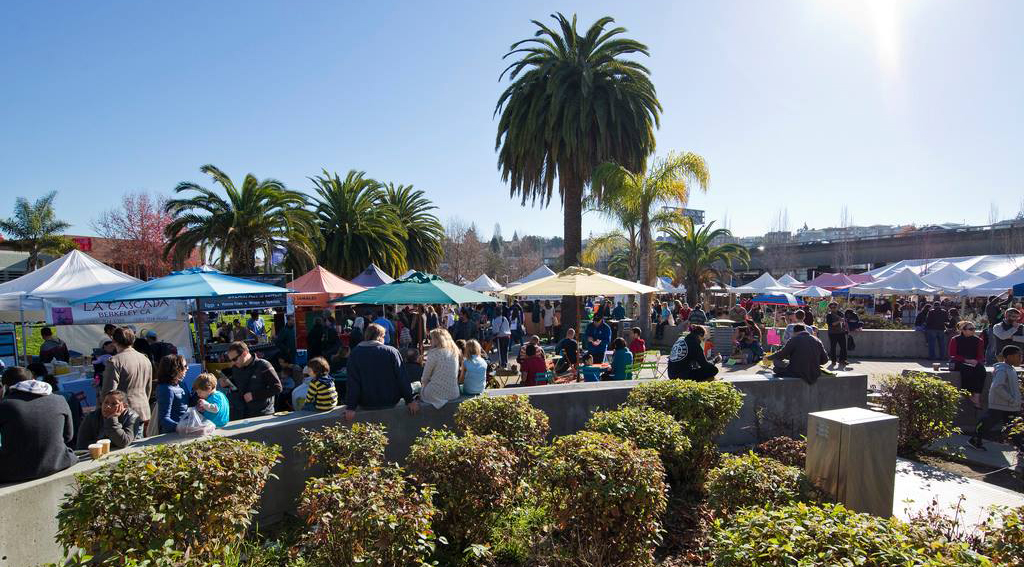 Pack this farmer's market picnic for your next bike ride

Even on a brisk February morning, after the drizzling has subsided in Oakland, the best way to warm up is a bicycle ride along Lake Merritt, with destination to the Grand Lake Farmers Market.

Through the Agricultural Institute of Marin, this market is home to over 70 vendors of seasonal fruits and vegetables, and unique products like rice, flowers, homemade pastas, teas, fresh-squeezed juices, jewelry, clothing, and an array of food trucks to stop for a bite. Also keep in mind that you can check back with this popular market in the spring and summer because they are open all year round, rain or shine, Saturdays from 9am to 2pm. 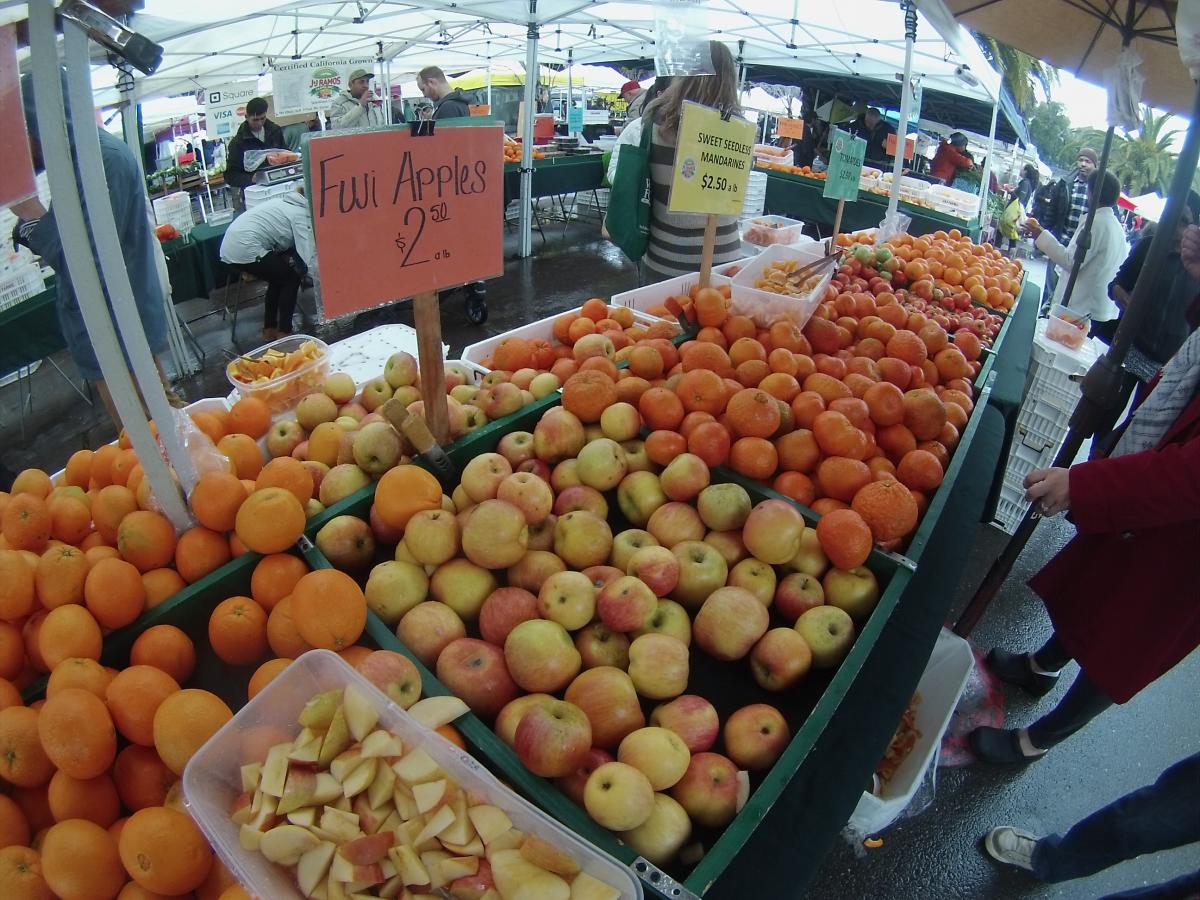 From the 20th and Broadway exit of the 19th Street/Oakland BART Station, a roughly six- to eight-minute bicycle ride will lead you right to the Grand Lake market. Follow 20th Street until Lake Merritt is directly in front of you and take a left where Harrison Street meets Lakeside Drive. The bike lanes with guide you naturally to the right following Grand Avenue, which hugs the lake, past Fairyland and Lakeside Park (an excellent place for a picnic after you pick up produce). Once you see the iconic Grand Lake Theater sign approaching at MacArthur Boulevard, look for bike parking in one of the many designated areas to lock up. 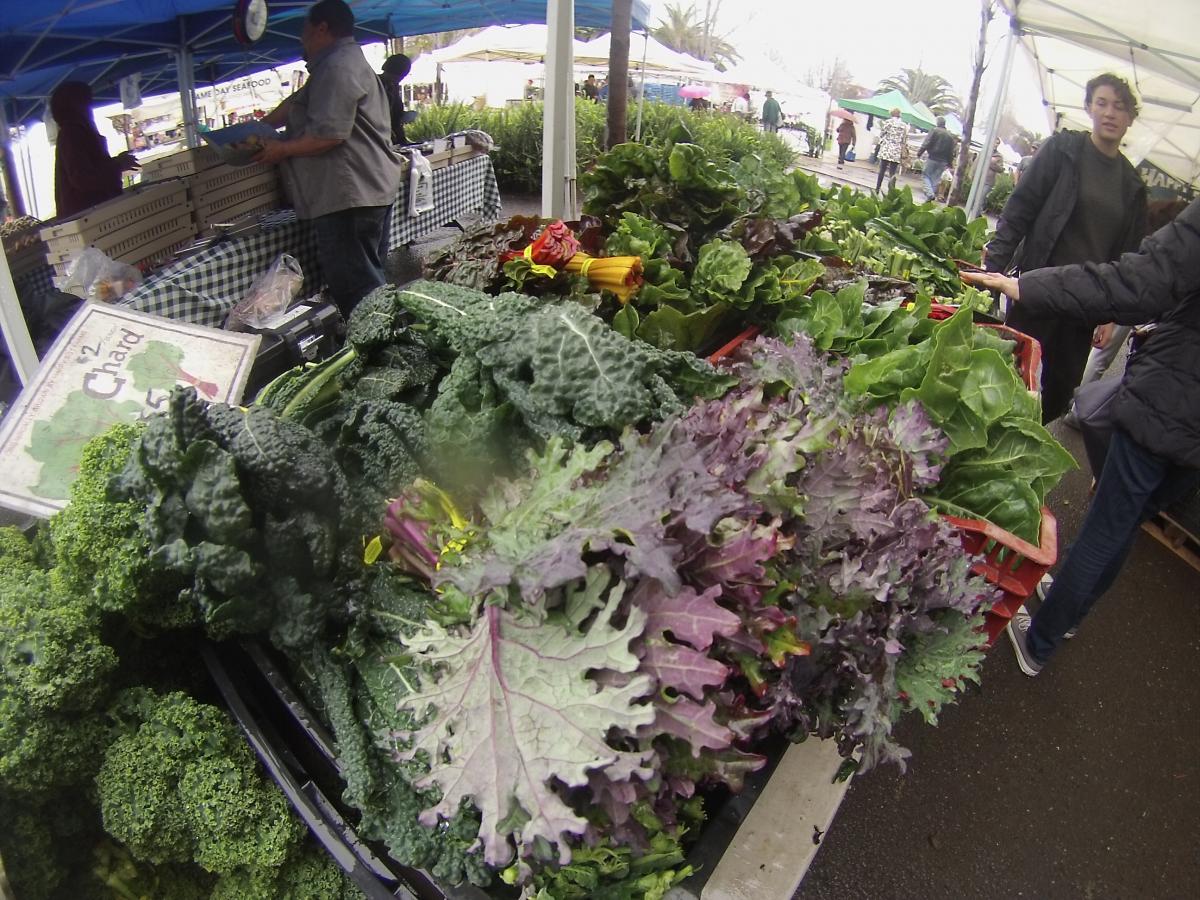 Grand Lake Farmers Market vendors (like Happy Boy Farms based near Watsonville) offer great deals on leafy greens, like a prepared salad bag with edible flowers for $3 and kale, chard, and collard greens for $3 a bunch and two bunches for $5. Fruits like oranges, apple varieties, and pomegranates are generally $2.50/lb. Grand Lake also accepts EBT, so don’t forget to grab your tokens at the information booth before eyeing the turnips and squash.

Tip: Sampling is huge at Grand Lake, so be sure to try out your fruits, cheeses, and spreads before you buy! 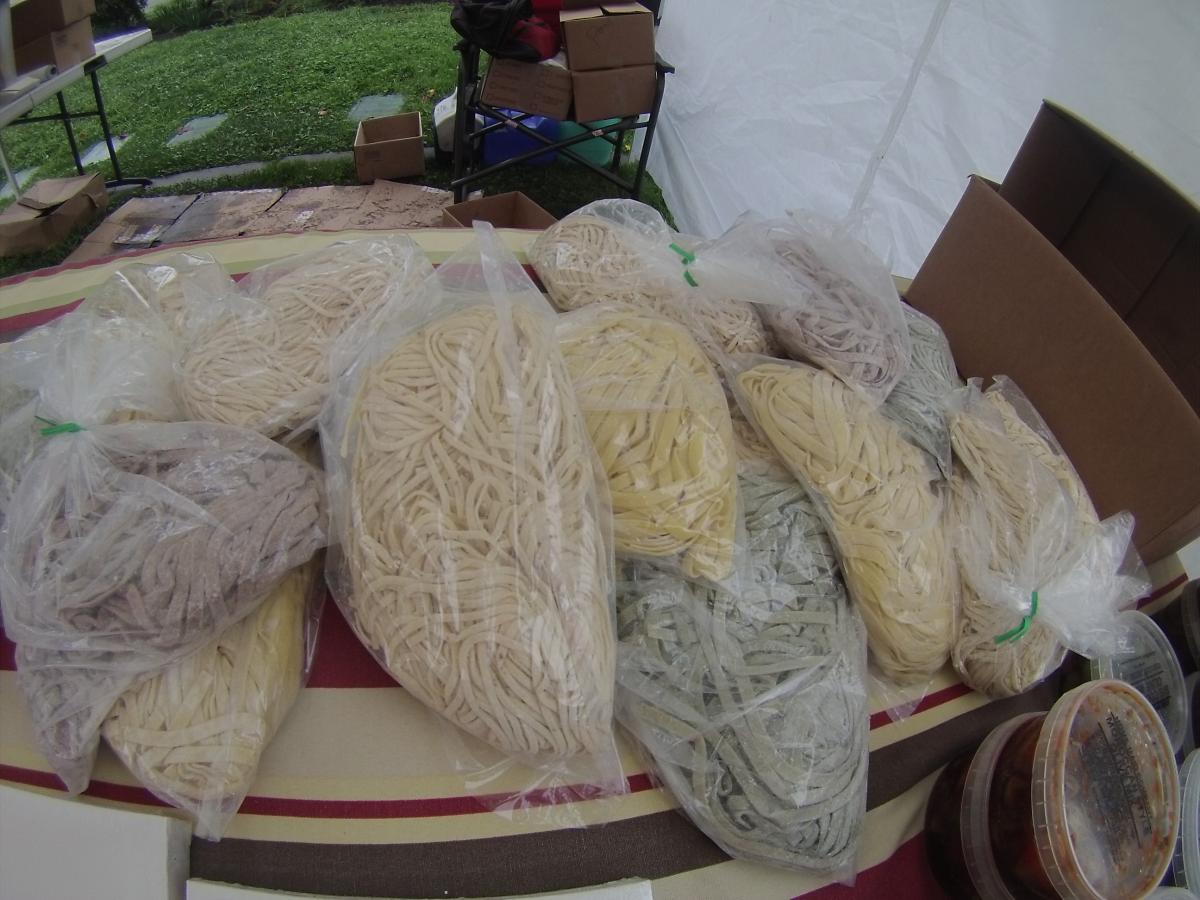 JC from the Home Maid Ravioli Company based in South San Francisco said although he sells pastas, sauces, and spreads at other markets, he has mostly enjoyed the last seven years at the Grand Lake because “we get regulars and many new customers, from a really good-hearted, diverse crowd and the weather is usually perfect.” JC sells his bags of homemade pastas that cook around two servings for $6 each.

Wondering what to make for dinner?

To make a scrumptious spinach and tomato fettuccine dish, everything you need from the Grand Lake Farmers Market is BARTable. Start by boiling homemade spinach fettuccine and cooking onion and garlic in a separate pan. Toss cooked pasta into the pan with diced tomatoes and add some herbs like basil for flavor. Serve with salt, and your selection of parmesan cheese from one of the cheese vendors, like Dan of Farmstead Cheese and Wine, who shares these kinds of recipes with JC on a typical market day.

Raquel is a young food justice advocate pursuing a degree in sustainable agriculture and food systems. Apart from writing, she personalizes scrumptious vegan soup recipes and works on an urban farm in the East Bay. She polishes her Spanish (and her moves) at Latin dance socials and bikes the Bay Trail at sunset. After wet winters you can find Raquel on a forest hike, foraging for apricot-orange chanterelles, her favorite fungus for biscuit baking.