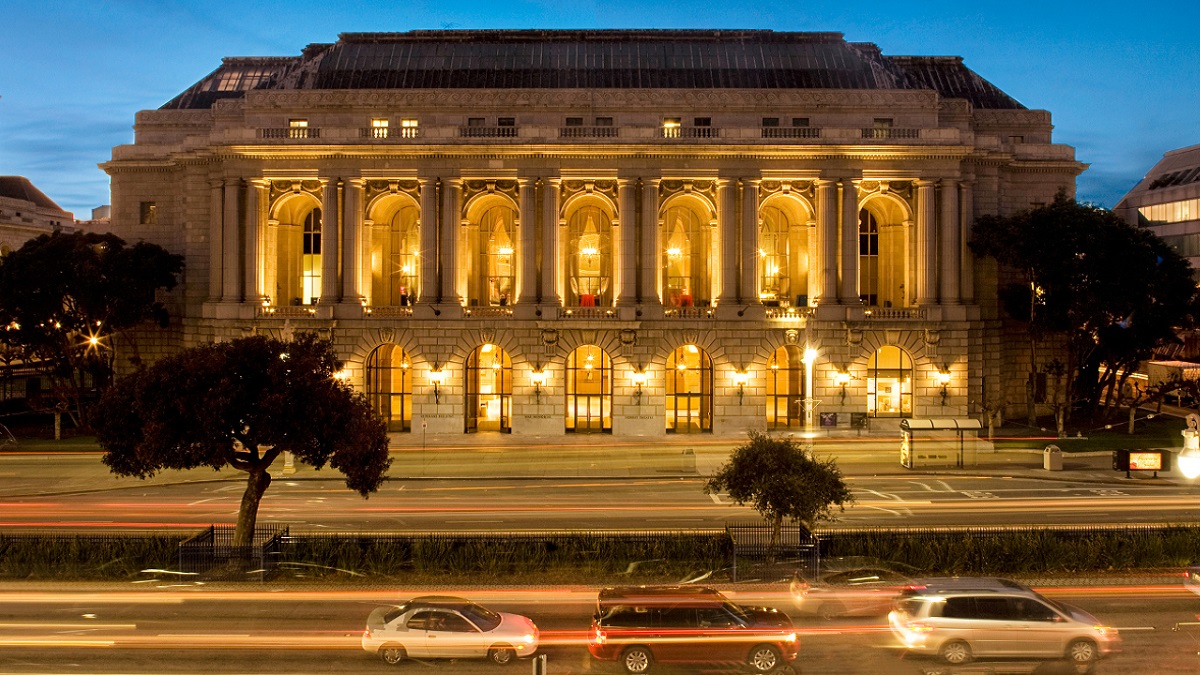 8 minutes
The Herbst Theatre is a cornerstone of San Francisco performing arts, with more than 200 shows presented on its stage every year. Distinguished as the historic site of the United Nations Charter signing in 1945, it is now the primary venue for many of the Bay Area's premier cultural organizations, including San Francisco Performances, Philharmonia Baroque Orchestra, New Century Chamber Orchestra, Chamber Music San Francisco and more.
The Herbst Theatre is housed in the Veterans Building, which echoes the Beaux-Arts design of the War Memorial Opera House and is also home to The Green Room.
Adorned by a series of stunning Frank Brangwyn murals originally painted for the 1915 Panama-Pacific International Exposition, this 892-seat auditorium has been fully renovated and the venue now features new stage-level dressing rooms, a dedicated rehearsal space and modern performer lounge.