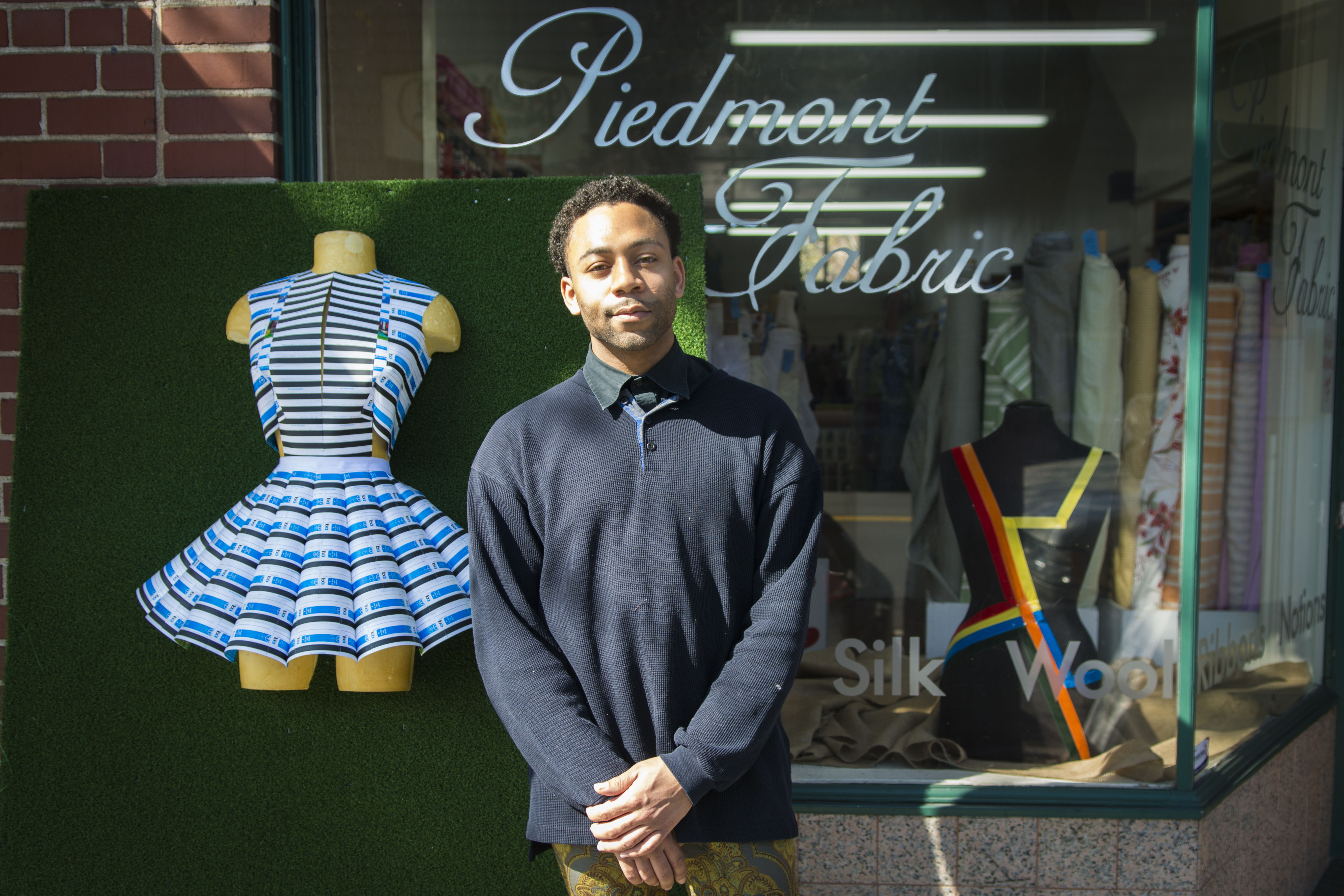 A dress made out of BART tickets

What do you do with your BART tickets when they only have a nickel or a dime left on them? Add value? Donate them? Throw them away?

Oakland fashion designer Sean Porter spent three years saving his tiny tickets to create a designer dress, made out of 192 of blue BART tickets, with 120 of those tickets in the skirt alone. 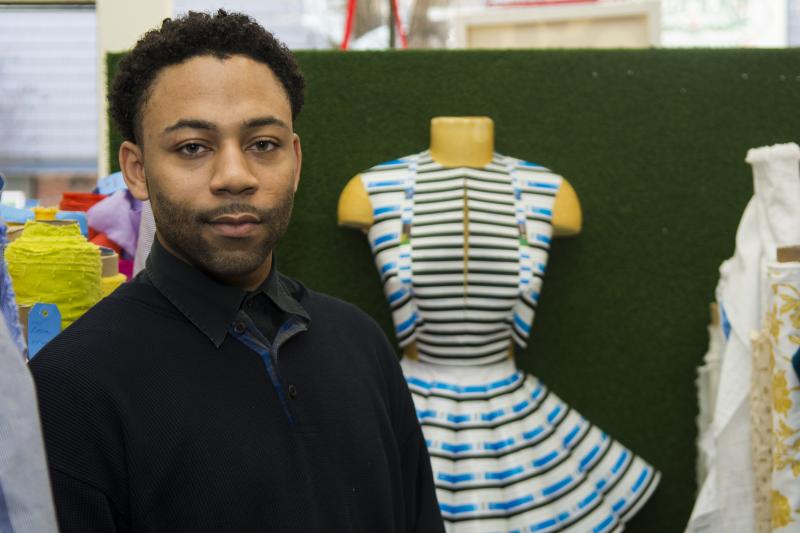 It’s currently on display in the window of Piedmont Fabric in Oakland, alongside a mannequin wearing colorful ribbons representing the BART system map.

“Customers comment on it all day long,” said Lan Nguyen, owner of Piedmont Fabrics. “It gets people to stop, and the kids especially love it.” 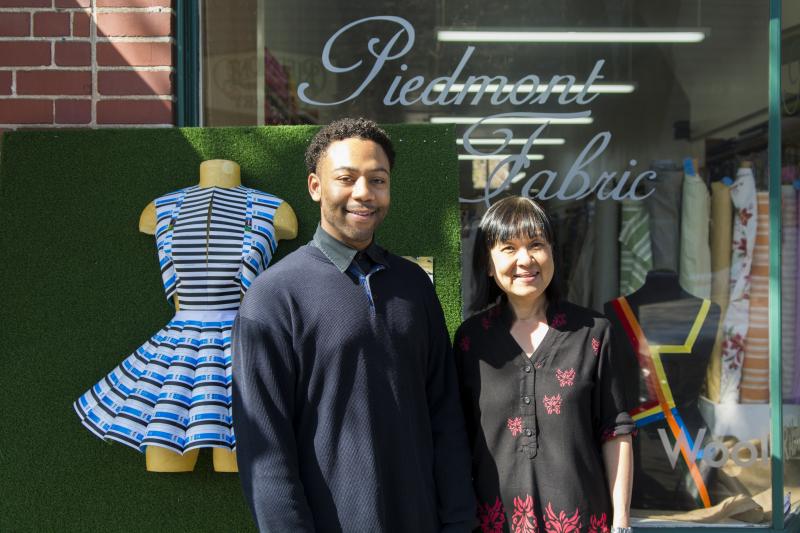 Last October, Porter began work on the dress, and he finished the project in December. He stitched the tickets together using transparent nylon thread and a sewing machine. Porter challenged himself to deliver a great-looking dress using an unusual material.

“It wasn’t the easiest material to work with,” Porter said. 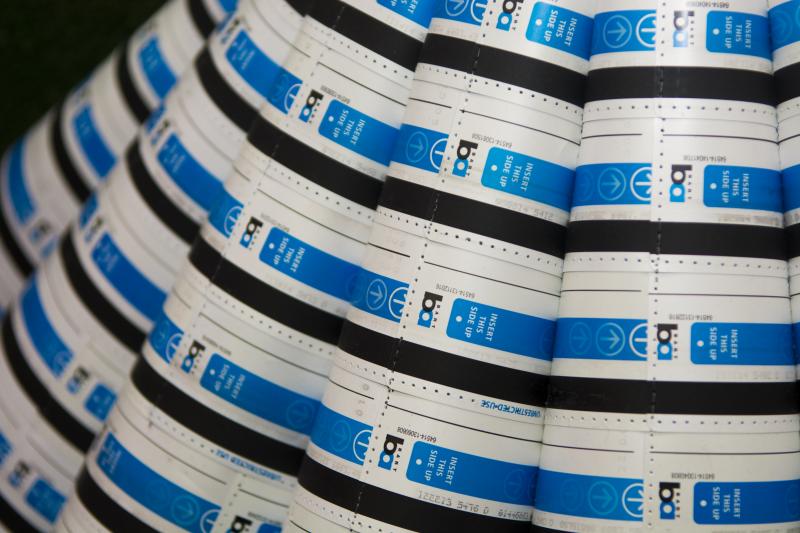 “The lines of the (Transamerica) building, created by the windows and concrete wall, are very bold and symmetrical,” Porter said. “I wanted to evoke those lines by repeating the black and white stripes in the bodice.” 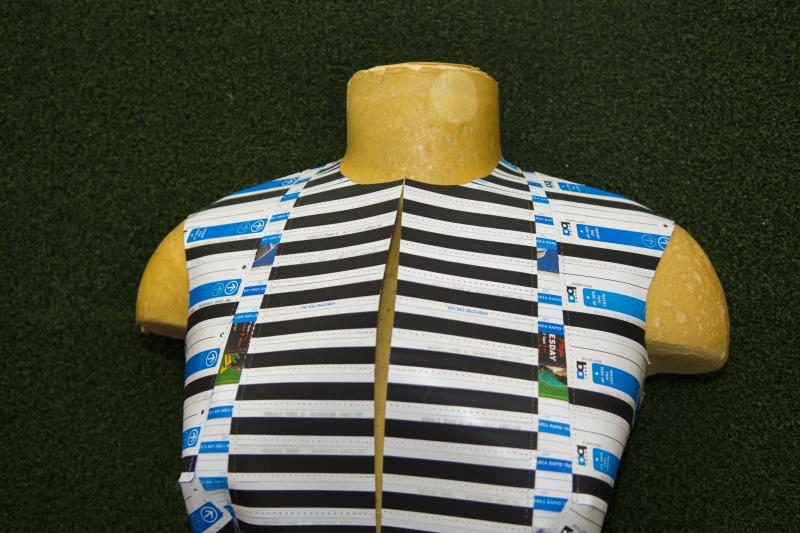 The fashion designer was born in Alabama and moved to California in 2011 after he visited San Francisco on vacation.

“When I first visited the Bay Area, the way I would get around was on BART,” Porter said. “Being out here surrounded by so many creative people inspired me to be out here.” 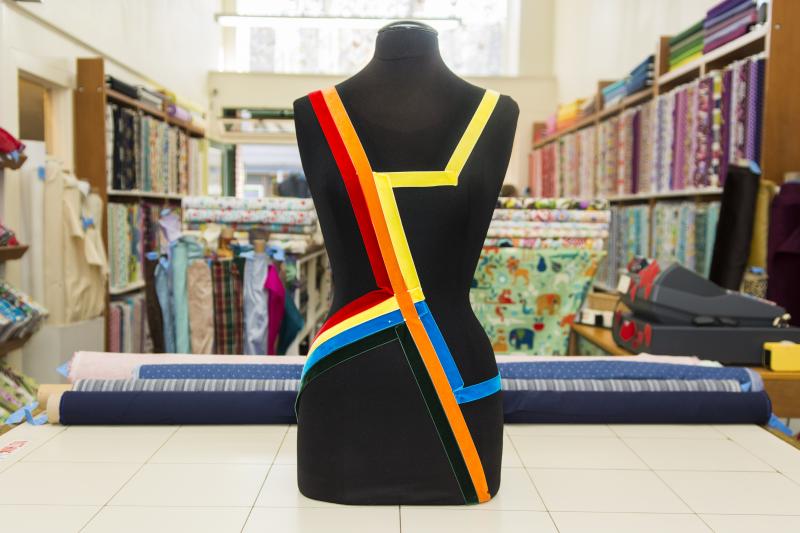 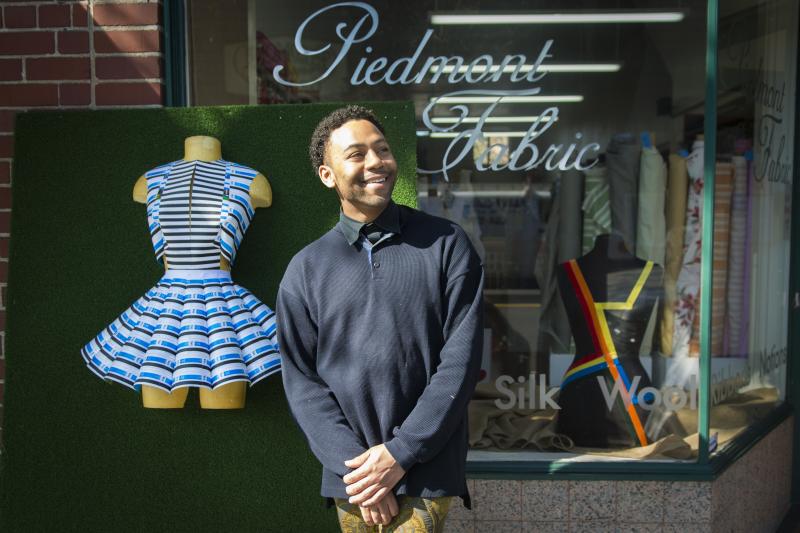 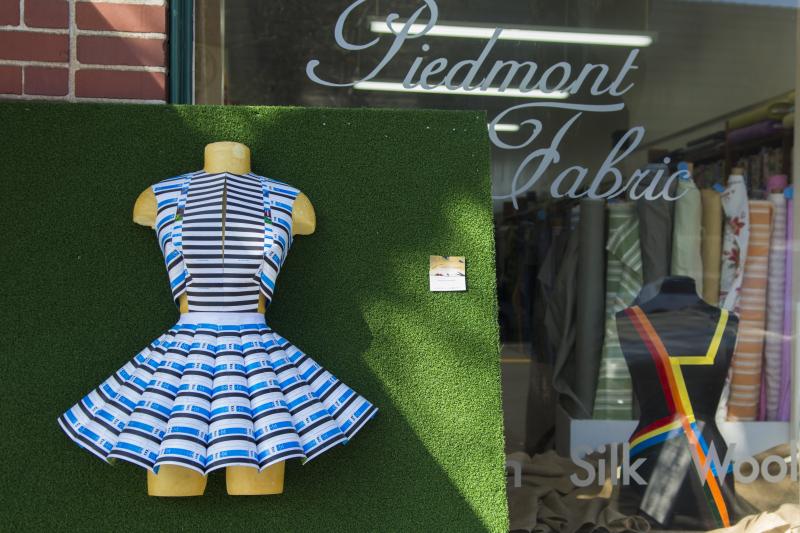 Andrea Curry works in BART's marketing department and is all about spreading the word of fun things to do near BART. Her earliest memory is riding BART with her father from Fremont to Oakland (to give mom some peace and quite), and it's always her ride of choice whenever she sees the A’s, rocks out at The Fox, or eats burritos stuffed with French fries (Google Taqueria Los Coyotes).