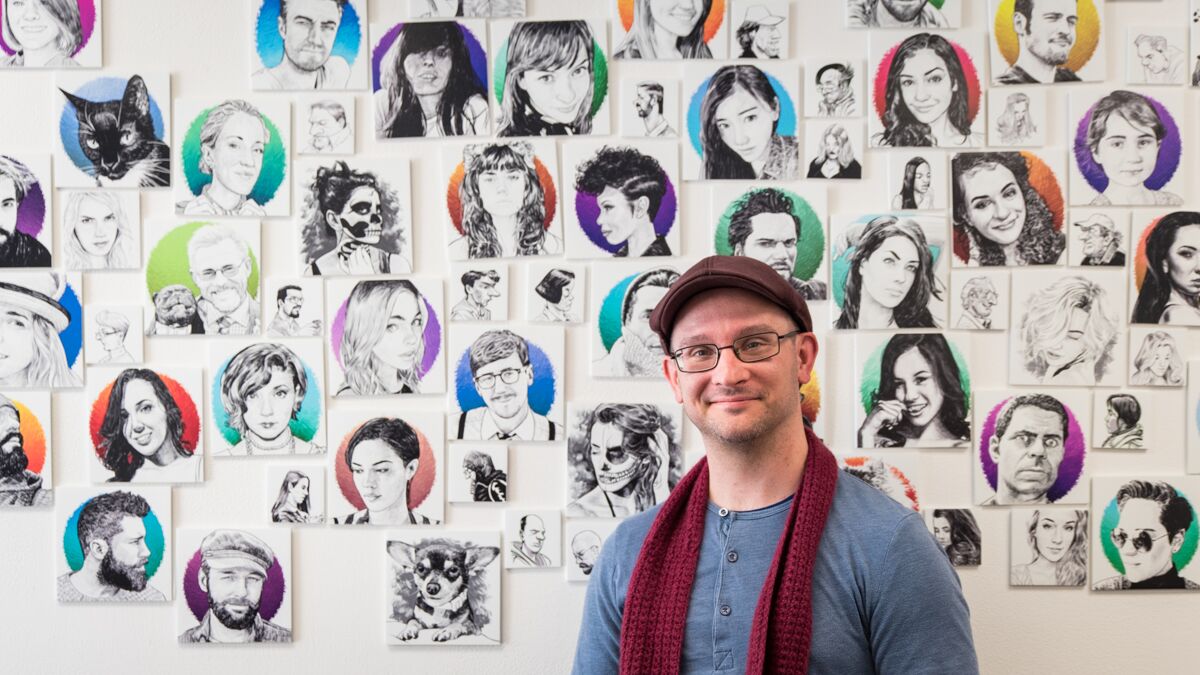 BART passengers might find local artist Hamilton Cline on a train with his Samsung Galaxy Note 2, using a stylus to sketch something on his phone screen. Often times he’s creating a digital drawing of a stranger in front of him, illustrating the details of his or her hair, accessories and expression.

Cline has sketched fellow BART riders during his commutes to and from work for years, which has given him local popularity and the nickname, the “BART-ist.” He lives in Daly City and commutes to the Academy of Art in downtown San Francisco where he teaches. This allows plenty of time to practice his sketching and create art on his phone. The perfect subjects are those around him on his commute. Everyone is fair game — the people in his illustrations vary in age, gender and race and fashion style. 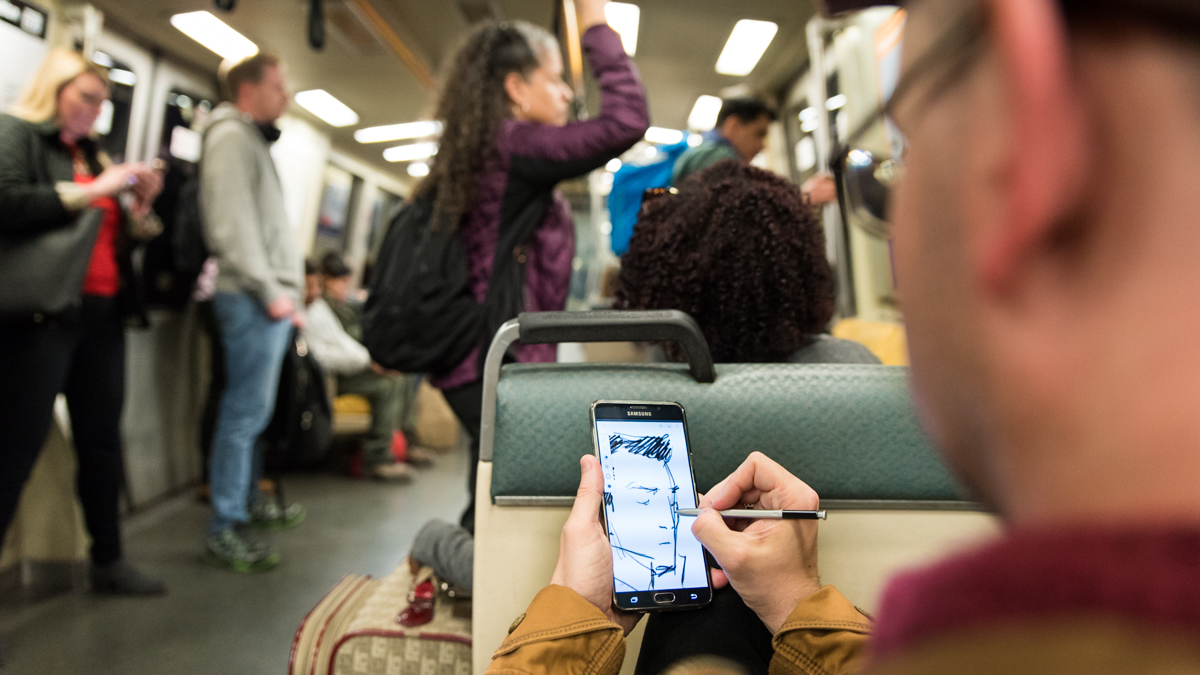 “People are like, ‘Why’d you pick that person?’ Because they were in front of me! And if they’re still,” Cline said.

In the past, he challenged himself to draw a new subject every day. He can knock out a sketch in 5 to 10 minutes, on average. It has led to a massive collection of BART-related drawings — somewhere in the thousands. His illustrations have gained significant exposure and a cult following over the years, thanks to Instagram, Reddit, media coverage and word of mouth. 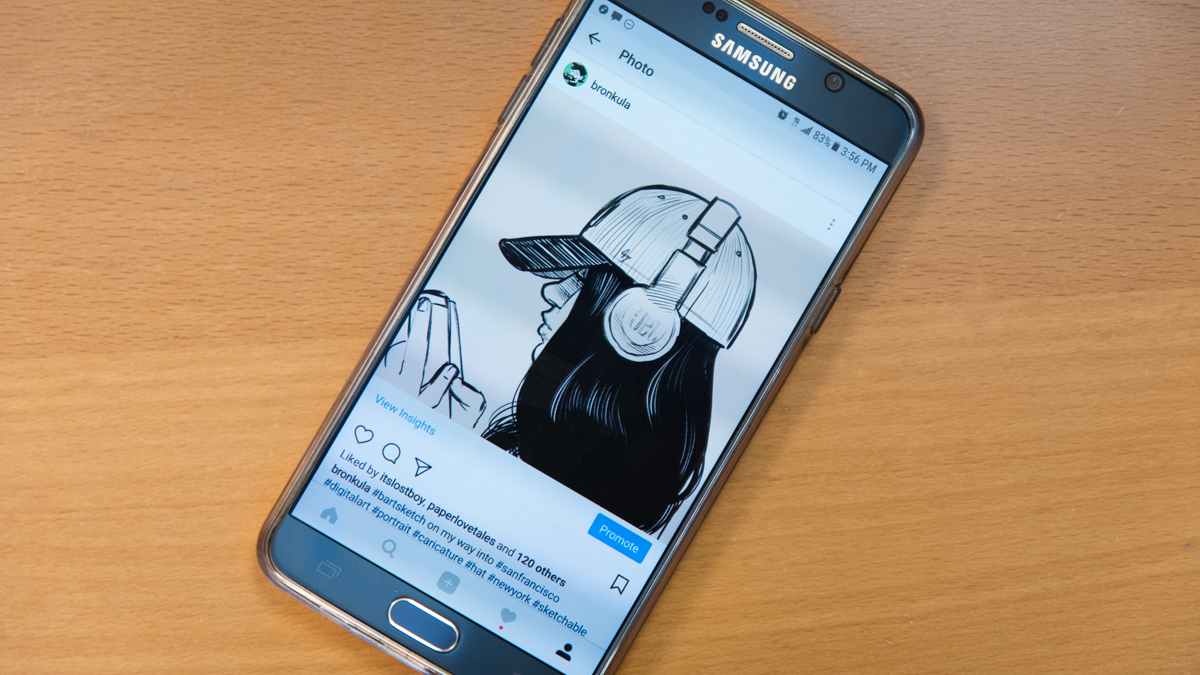 His artwork has also brought him plenty of unique moments, such as people reaching out and saying they know someone in his drawings (like a mom claiming he drew her son) — or he himself drawing random subjects and meeting them at a later time, without any planning.

“I have definitely met people I’ve drawn,” Cline said. “I met them later and I was like, ‘I know your face!’”

While many have given Cline’s work a positive response, he’s also received some negative feedback.

“I’ve learned a lot from how people react to my drawings,” Cline said. “For everybody that likes this project, there’s an equal amount that do not like the idea of someone drawing them. I don’t usually ask permission because I’d rather draw the person — and I’d rather ask for forgiveness than permission in that case.”

He added that while he would love everyone to adore his work, he knows statistically that’s not what’s going to happen.

However Cline does not let that stop him from drawing, and said he would continue to do it, even if just for himself. That determination has helped contribute to his impressive quantity of illustrations over the years — enough for a friend to approach him and say he wants to create a book with his BART drawings.

Cline hesitated at the idea at first — he had already published two books before and while he thought it was fun, he didn’t necessarily feel the need to do it again. But eventually he agreed.

“In a lot of ways it’s his book,” Cline said of his friend. “He put it together, the thoughts and content that went into it,” Cline said. “My art is featured in his book — it was a collaboration.”

The book was released on Amazon in late March and is called “Rapid Transit”. It contains over 300 of Cline’s drawings from his BART rides. 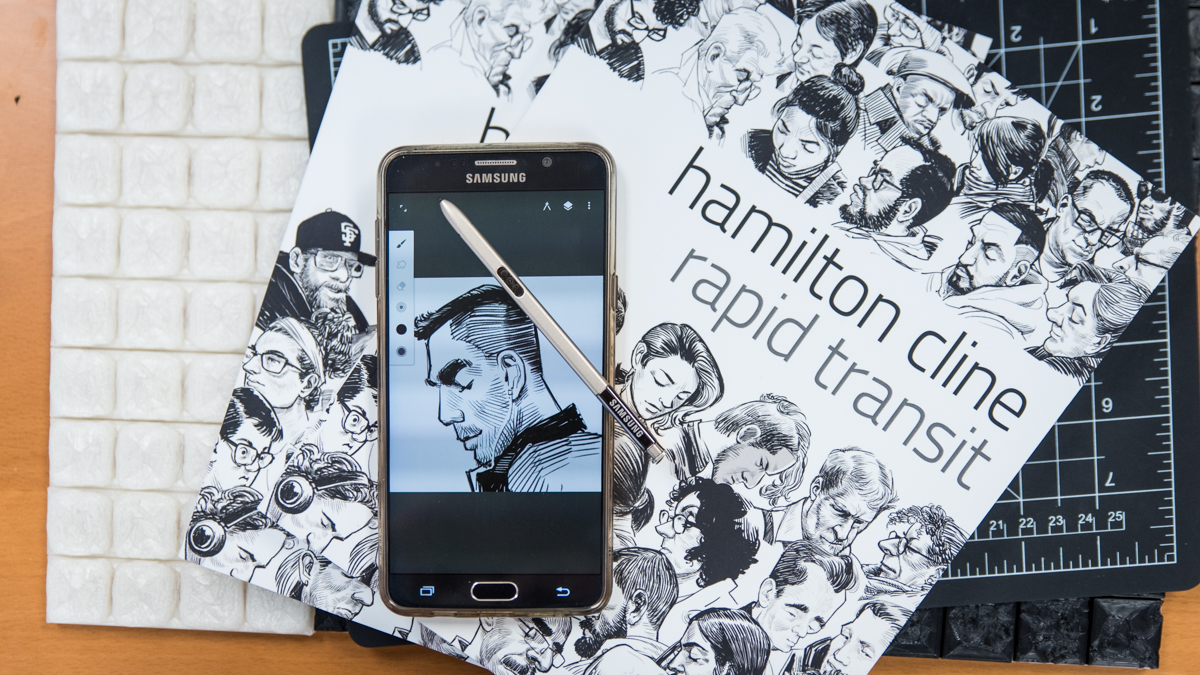 For Cline, creating the book was like an experiment. 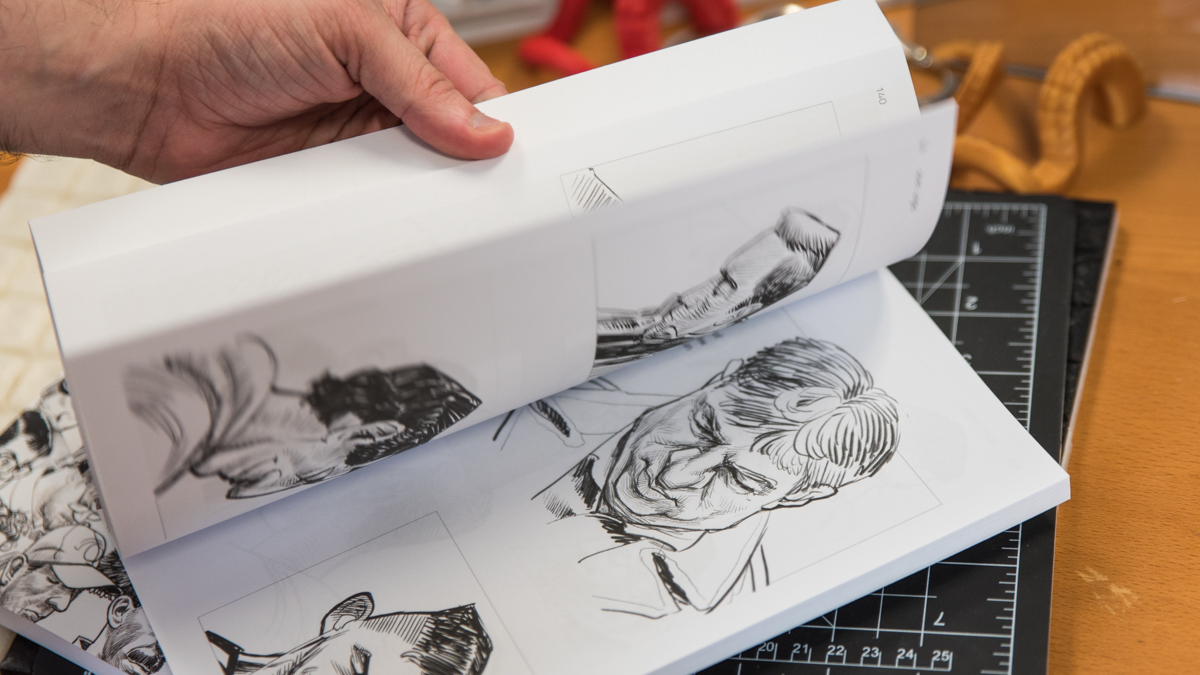 While he said he’s still in the “that was fun” phase of his recently-released book, he’s already thinking about his next one — a book that encompasses some of his non-BART drawings, many of which can be found on his Instagram. There’s no target release date for it right now, but it is in the back of his mind.

After feeling burnt out from thousands of drawings, Cline no longer forces himself to draw new faces on BART every day, but does so simply when he feels like it.

“This is just practice for me,” Cline said. “I love that people like it. I’m very happy to keep posting drawings so that other people are inspired.”

When Cline isn’t on BART and drawing, you can find him teaching web development, programming and playing with 3D printers. 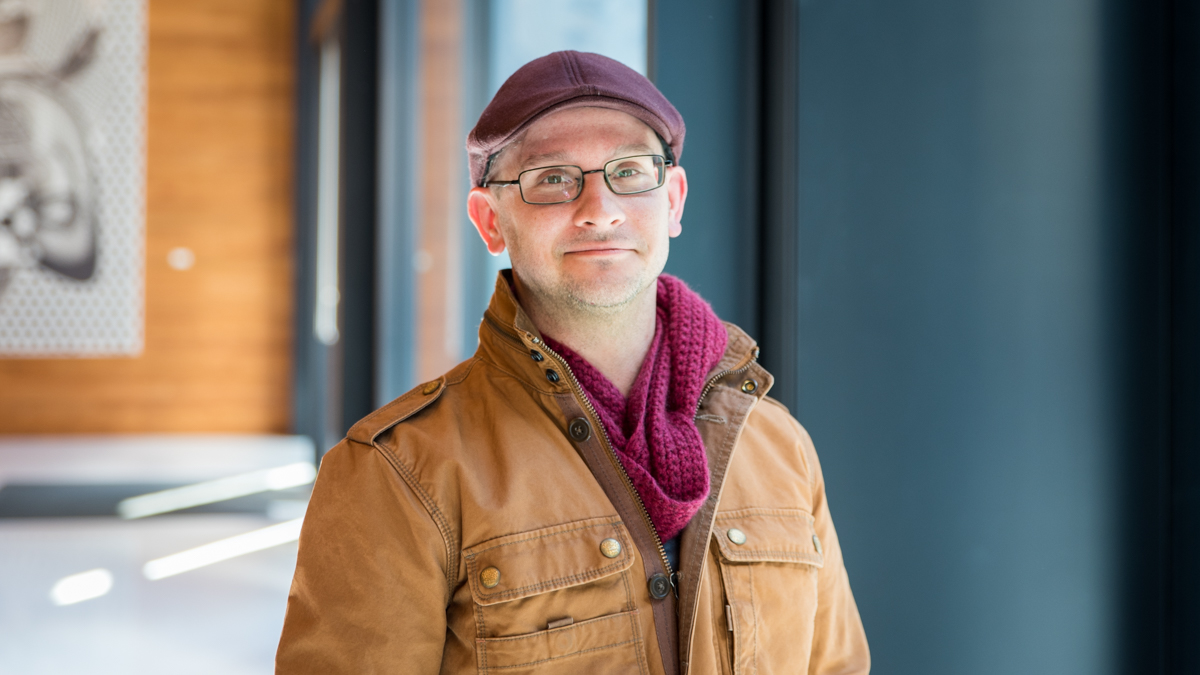 Jean Lee is a SoCal transplant, UC Berkeley grad and fierce adventurer. She is a frequent BART user and has many memories riding the trains to fun destinations around the Bay (and is thankful she doesn’t have to be stuck in LA traffic anymore). You can most likely find her taking BART to cool coffee shops, restaurants, music venues and the best local spots in each neighborhood. She’s always on the hunt to try new things and explore new places.