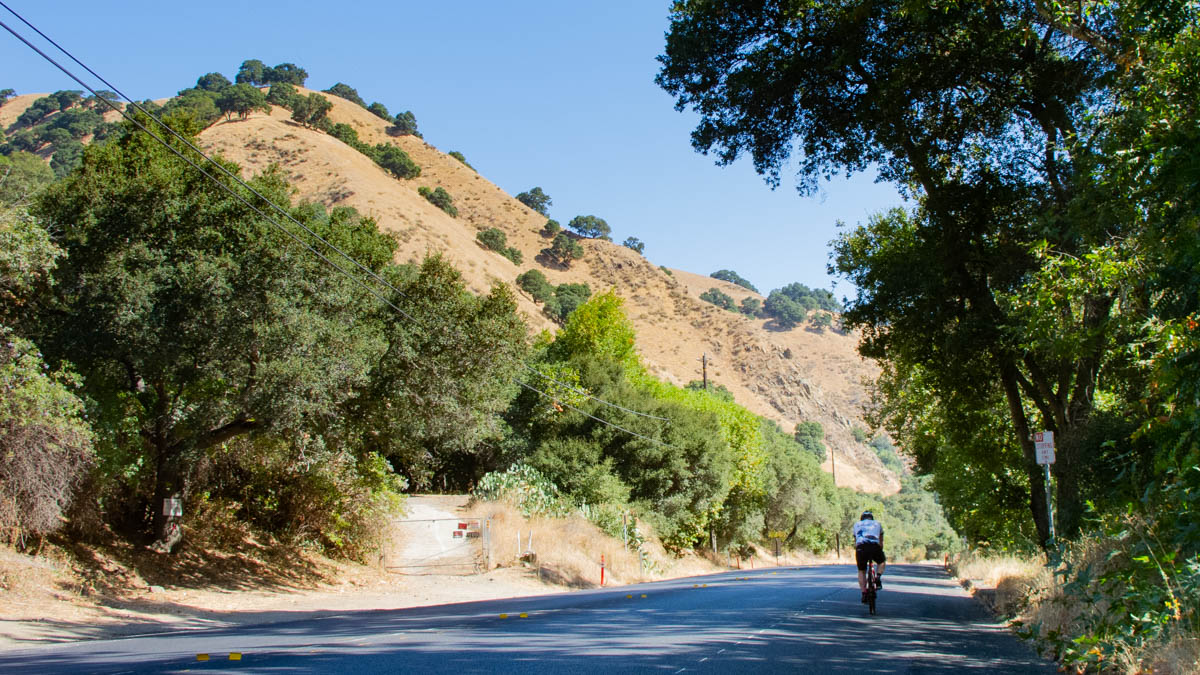 One of the most dramatic gorges in the Bay Area, Niles Canyon is a beautiful place to ride. A natural water gap which drains the Livermore Valley, the deep canyon was carved by Alameda Creek as seismic activity uplifted the coast range over millions of years. This ride begins more or less atop the Hayward Fault, and touches the Calaveras Fault in Sunol. Niles Canyon and Palomares occupy the space between the two.

The gorge has long been a transportation corridor. Ohlone people had trails through the canyons to their settlements near present-day Sunol, and during the Mission era it was the path of the El Camino Viejo between the Bay Area and Los Angeles. Now, the canyon hosts CA-84, and fast auto traffic usually makes the road unpleasant for cycling. Much of the route has a wide shoulder, but there are some bridges and guardrails where it gets quite tight.

Exit the Fremont BART station to the East Plaza. Go around the bus station to the traffic light on Walnut Avenue and turn left. Take Walnut to Mission Boulevard (turn left), and then turn right on Sycamore Street after crossing the creek.

For the long route, turn onto Palomares Road, about halfway to Sunol, and climb the very steep section near the railroad trellis. This route ends at Castro Valley BART, which is best accessed from Norbridge Avenue; turn left off busy Castro Valley Boulevard and cross Redwood Road at the light; the station is on the left.

Enjoy a gradual climb from Fremont to Sunol. Stop off at a swimming hole; and grab a snack in Sunol.

This excursion railroad runs along the historic route of the first Transcontinental Railroad. A diesel or steam train will take you through the canyon in a classic rail car. Check the NCR web site for dates the train is running. 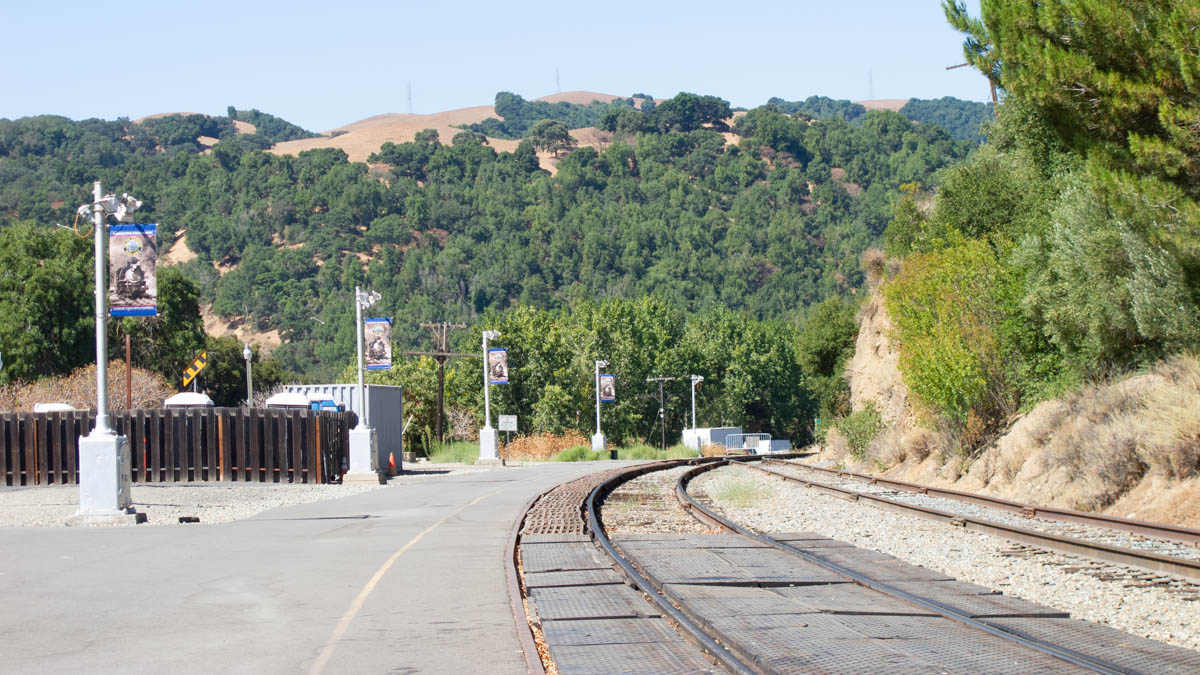 The Sunol Water Temple was built to attract tourists to the canyon, and to note the importance of three water sources in the valley; Alameda Creek, Arroyo de le Laguna, and an artesian well. These formed part of a water system which supplied much of San Francisco’s water before the completion of the Hetch Hetchy aqueduct. Now managed by the San Francisco Public Utilities Commission, the park is closed until at least 2022 for construction, but you can still go up to the gate and see the temple. 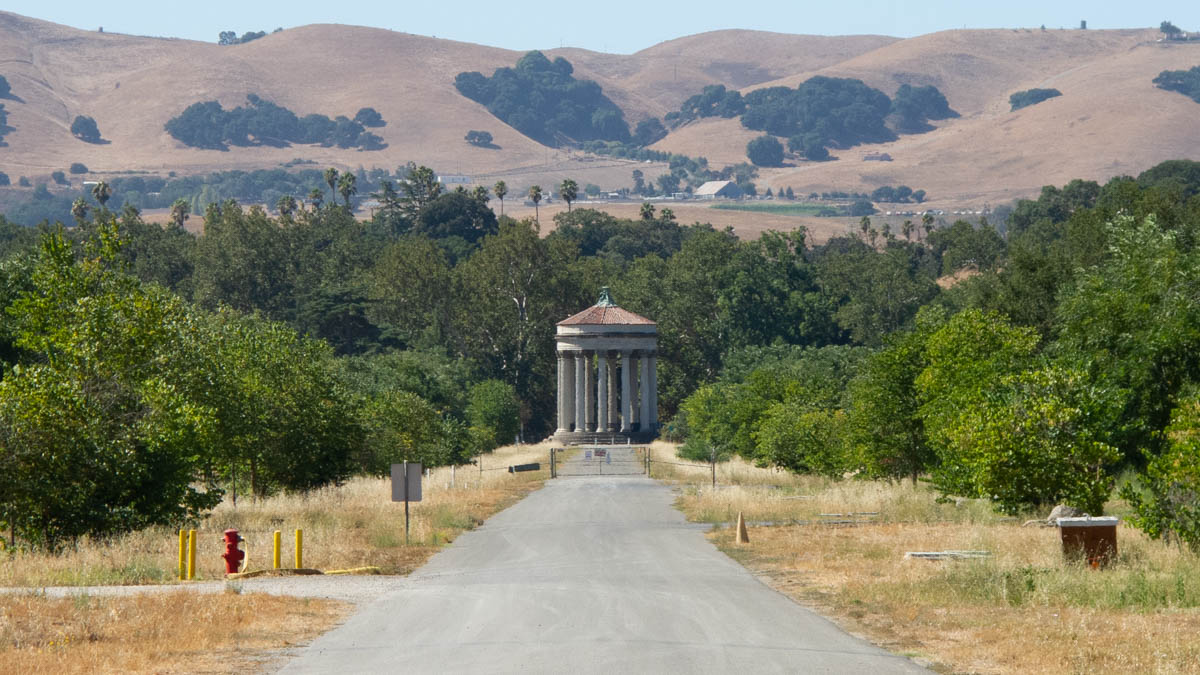 Alameda Creek passes through Niles Canyon on its way from the Livermore Valley to the bay. There are several spots along the road with water access for fishing or swimming. 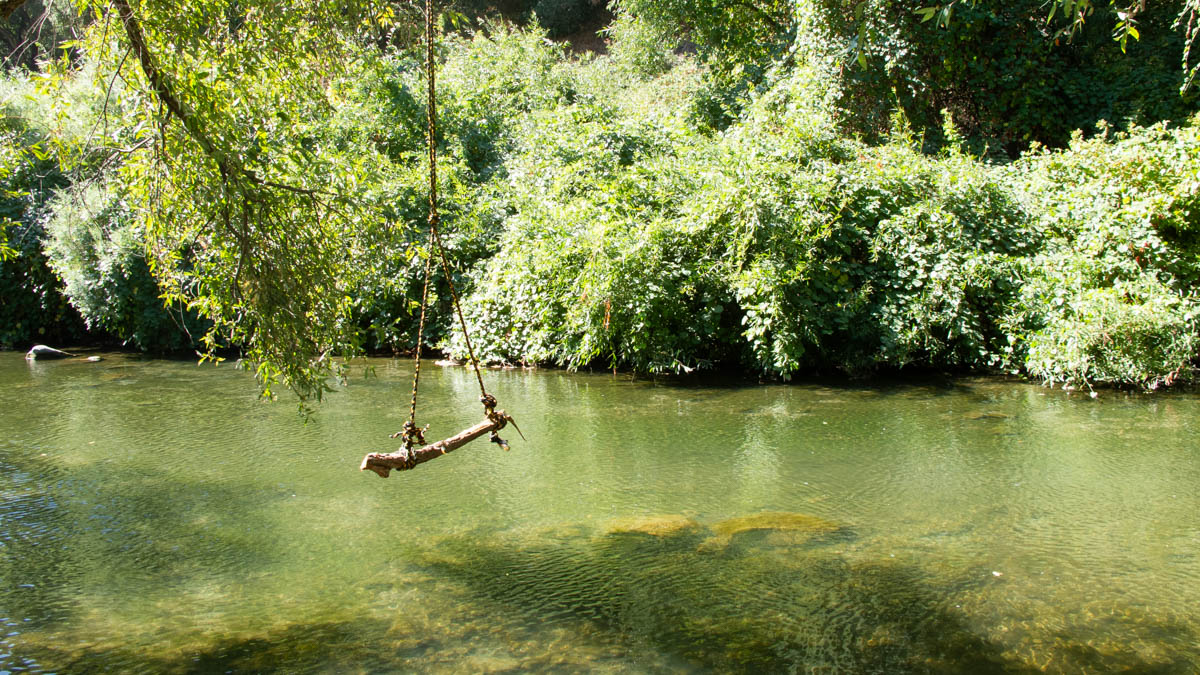 Starts the same as the short route, but also includes Palomares Road, a lovely and challenging ride through a rugged canyon, where you’ll have the opportunity to stop at one of several farm stands or wineries. 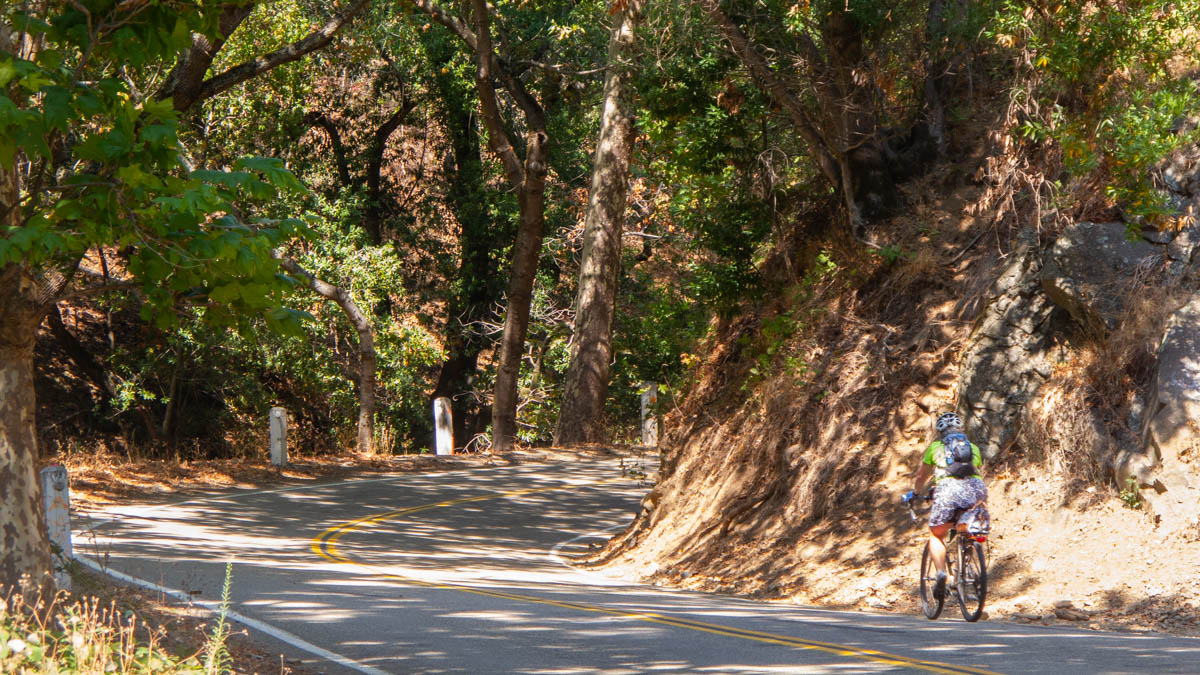 Palomares heads through rural Contra Costa County, and on most days there are a number of farm stands and wineries which are good spots for a stop or a picnic. 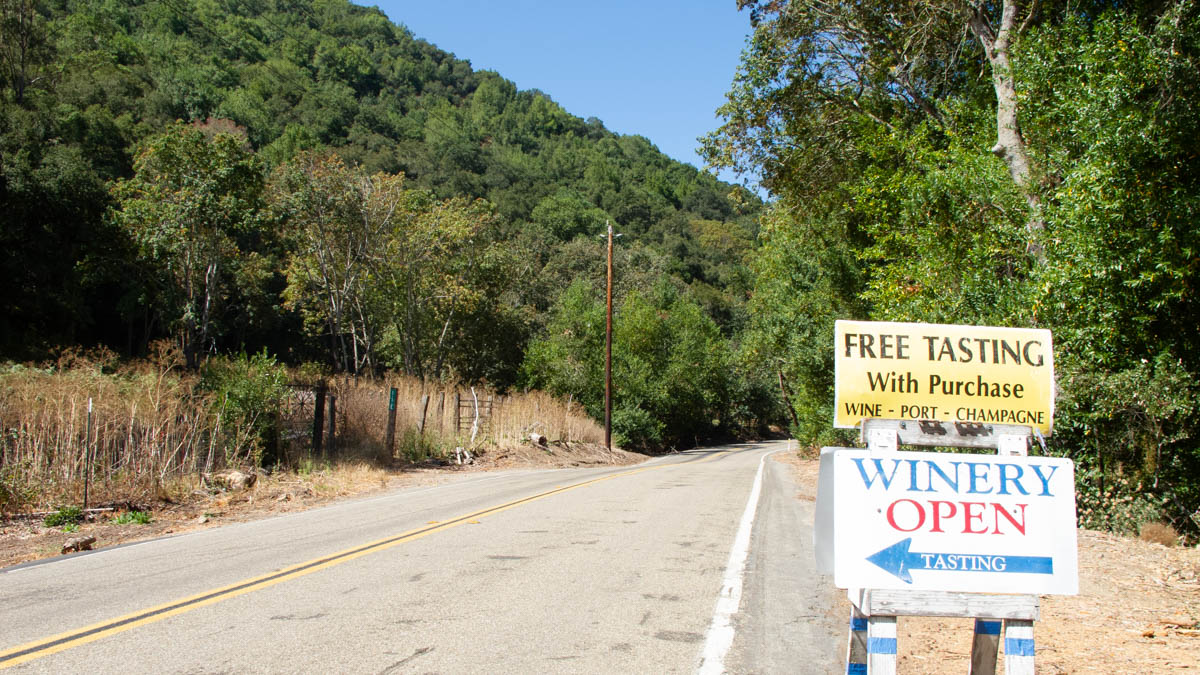 The route ends at Castro Valley BART, where the Castro Valley Farmer’s Market sets up on Saturdays from 9am-1pm. Get in your morning ride and finish up with some nice fresh produce. 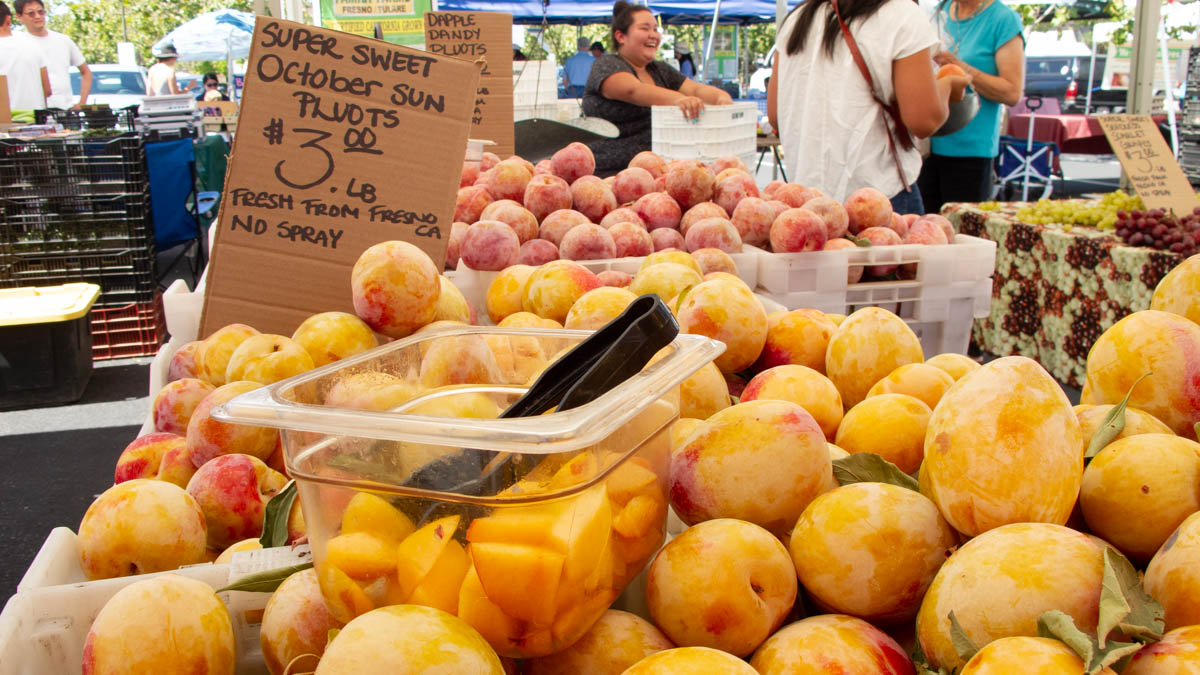