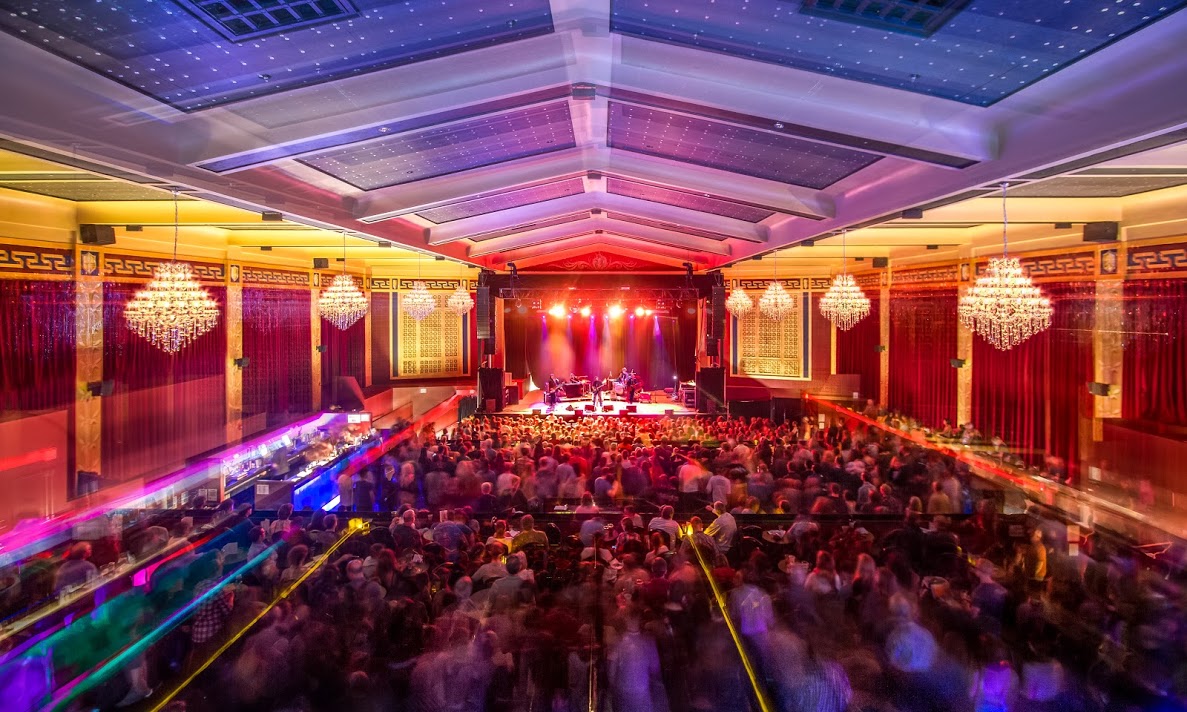 Need proof that everything changes? The same spot first known for hosting silent films when it opened in 1917 recently hosted NOFX. It’s a longstanding fixture in the local scene, and The UC Theatre has leapt into a whole new era of entertainment. The one-time Berkeley must for any cinephile is now hoping to be a must for any concertgoer after being redubbed The UC Theatre Taube Family Music Hall. 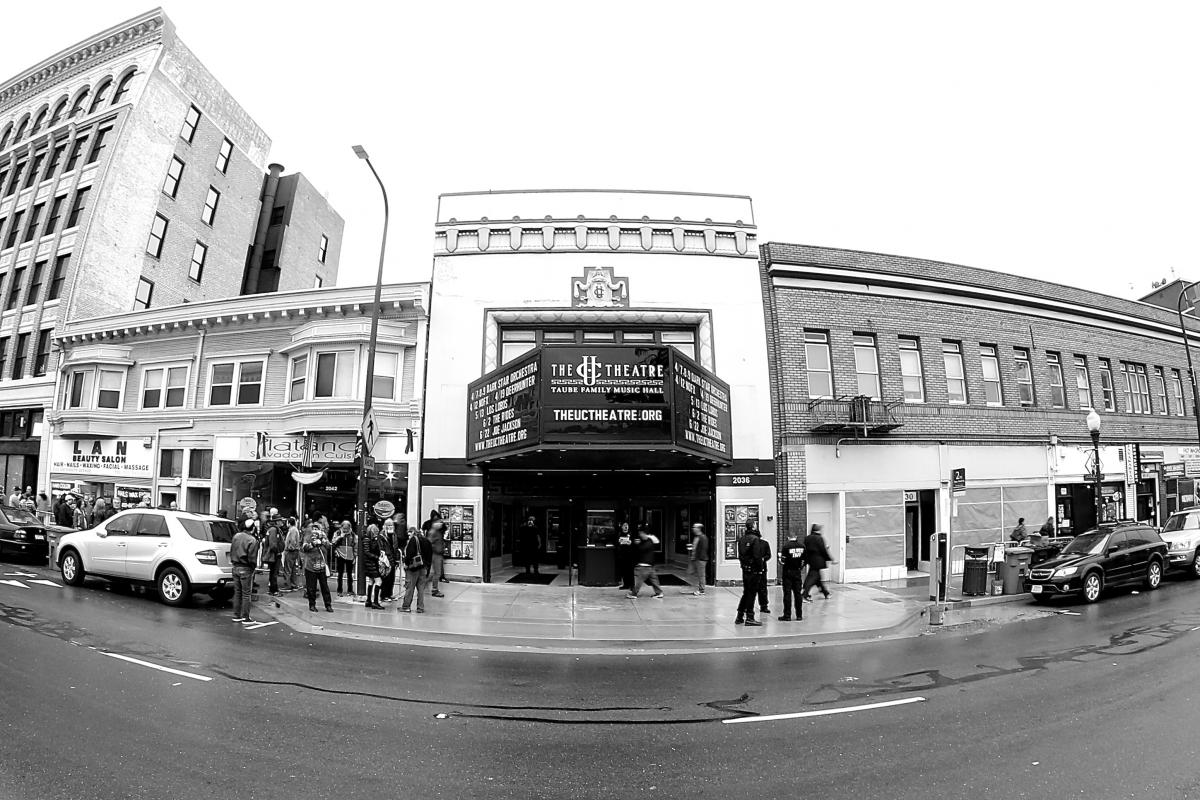 The UC Theatre is a 4-minute walk from Downtown Berkeley BART Station. Photo by Colleen Killingsworth, courtesy of The UC Theatre.

“Imagine a Fillmore-sized room in Berkeley with a multi-tiered main floor like the Fox Theater,” said David Mayeri, president of the board of directors of the Berkeley Music Group (the nonprofit that launched the East Bay’s fresh stage earlier this year). He told BARTable that’s how he wants you to see his latest venture. And with previous experience at the helm of Bill Graham Presents, Mayeri infuses his vision with plenty of booking know-how and production prowess. 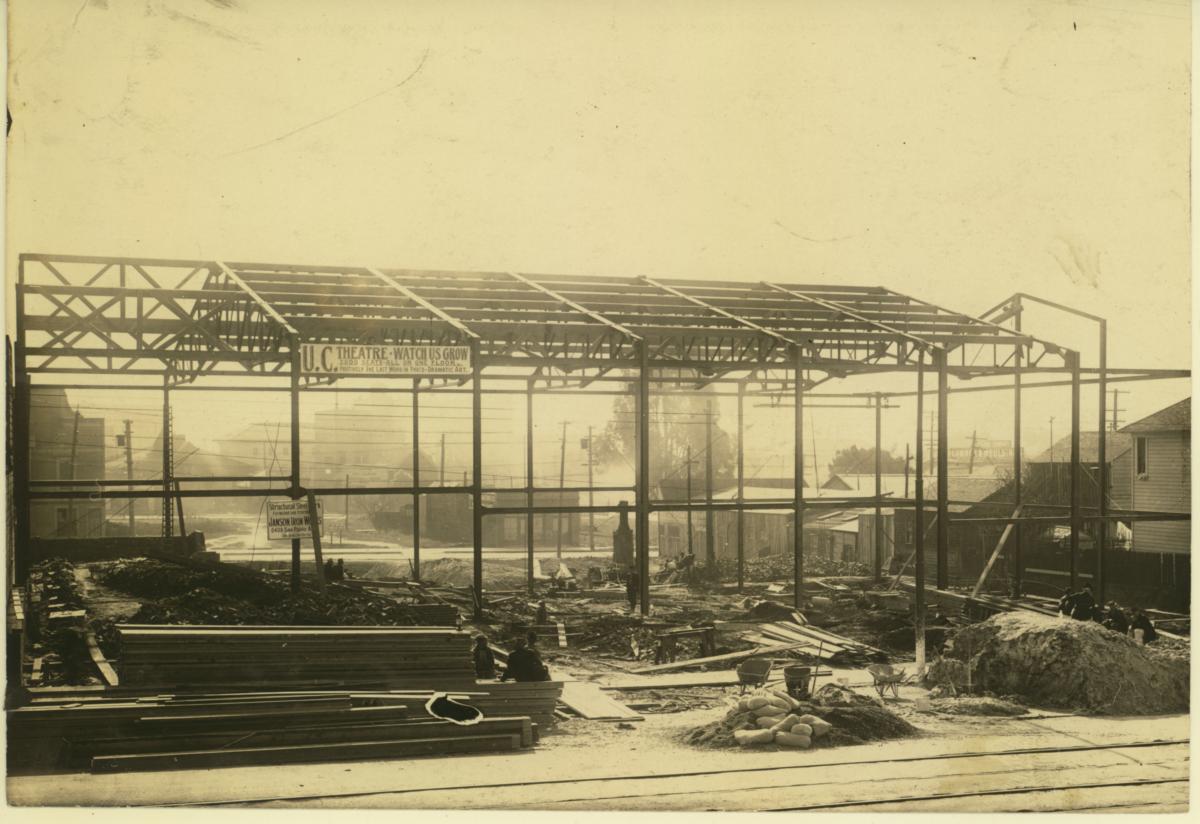 The UC Theatre being built in 1916. The venue opened in 1917 showing silent films. Photo courtesy of the Berkeley Architectural Historic Association.

Around the corner from Downtown Berkeley BART station, the 1,400-capacity all-ages UC Theatre once housed rows of worn blue-cushioned movie seats. Last year the space was gutted and reconfigured into a sparkling phoenix rising with rows of chandeliers on the wings of an expansive standing room floor. It is of the elegant variety of venues also outfitted with bars and a full kitchen. 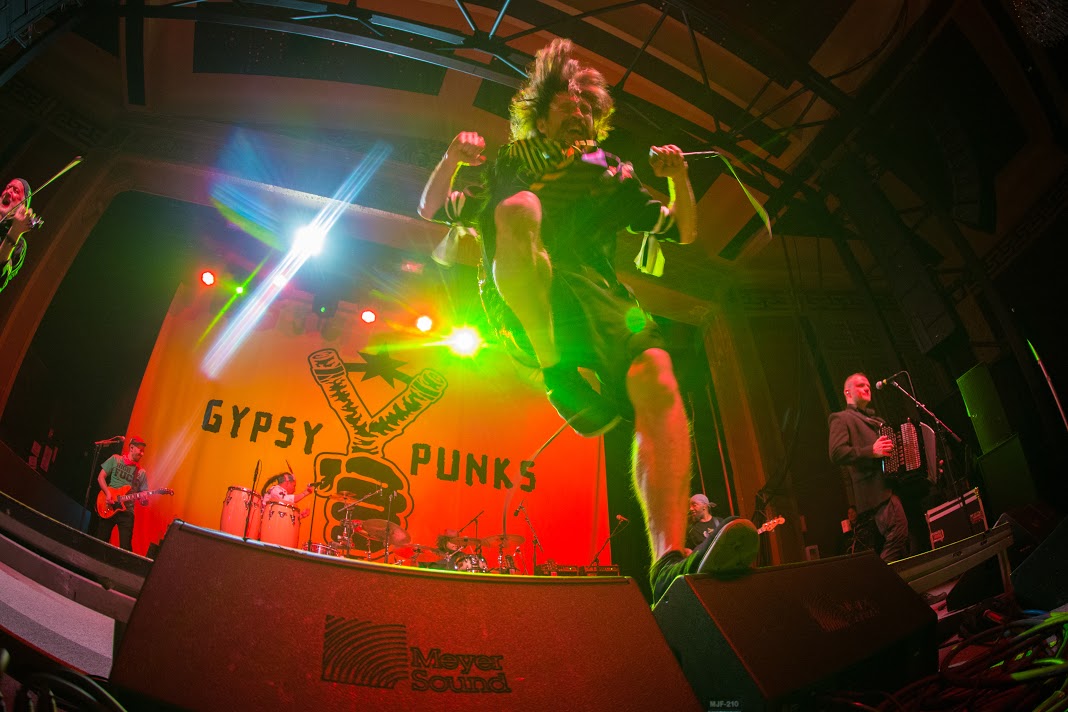 Gogol Bordello performs at The UC Theatre in May. The venue is the only mid-sized venue in the East Bay. Photo by Sterling Munksgard, courtesy of The UC Theatre.

Like the East Bay itself, UC Theatre’s programming is a mixed bag. The curtains lifted with a three-night run of Dark Star Orchestra serving up the ribbon-cutting concerts in April, and the genre-hopping calendar has since included the aforementioned punk stalwarts in NOFX to Los Lobos to Cat Power. Keeping in mind emerging maestros in the vicinity, there was also a show featuring the Berkeley High Jazz Ensemble. And that intention to engage with the local community beyond ticket sales goes deeper. 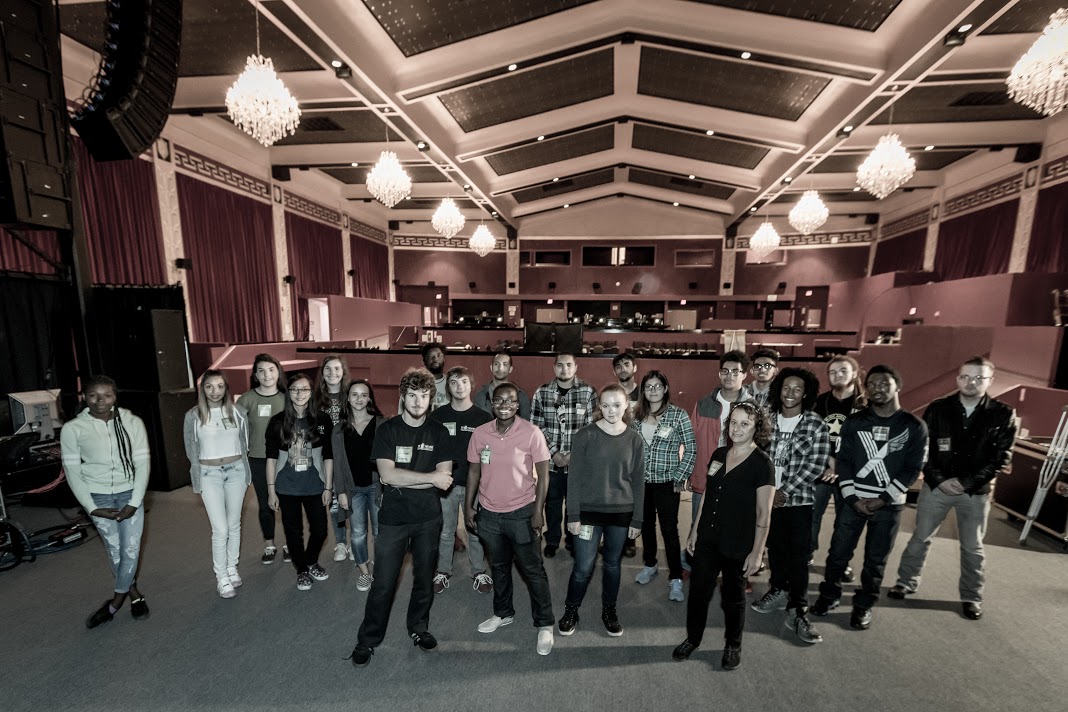 The Concert Career Pathways Program is open to those ages 17 to 25. It combines workshops and paid internships to help cultivate next generation inudustry professionals. Photo by Dave Weiland, courtesy of The UC Theatre.

“UC Theatre is not only a state-of-the-art music venue, but also a classroom,” stated Mayeri, who climbed from intern to chief operating officer while at Bill Graham Presents. He informs the venue’s mission with that firsthand appreciation for mentorship and hard work.

The Concert Career Pathways Program, for instance, which he said “develops critical and creative thinking skills necessary to become successful in the 21st century workplace,” is open to those ages 17 to 25 interested in learning various behind-the-scenes aspects of the music business. Free workshops and paid internships aim to lure the next generation of industry professionals through UC Theatre’s doors — just like big-name concerts including Gogol Bordello and The Psychedelic Furs have already lured sold-out crowds. 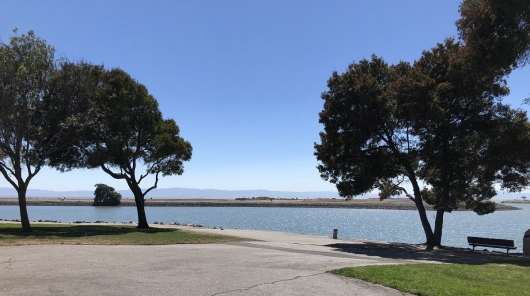 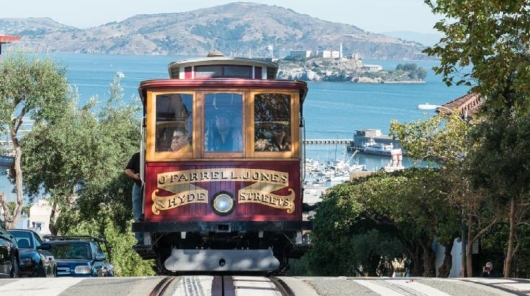 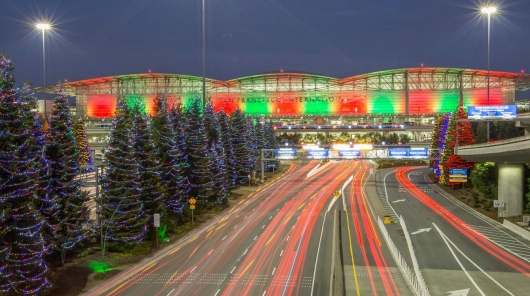 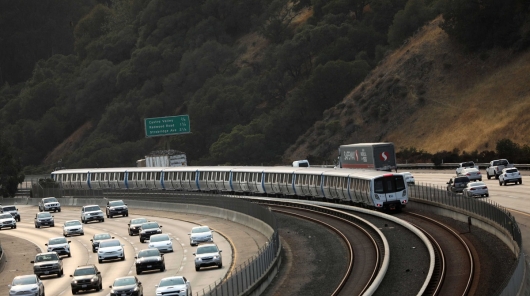