The new Downtown Berkeley BART Station plaza is now open to the public and includes shops, seating, sights and sounds.
Downtown Berkeley is famous for its high concentration of eclectic small businesses, and the new Downtown Berkeley BART station portal offers easy access to it all.
The old circular brick funnel has been replaced with an airy glass canopy that allows more light onto BART riders emerging from the underground. On the plaza, pedestrians are greeted by a sonic array of sounds from locations across the globe, including conga drums, birds chirping in India and frogs croaking in Bali. There are 143 sound snippets in all, created by Oakland composer and retired Mills College music Professor Chris Brown. The sounds broadcast from hidden speakers across the plaza.
The other piece to the plaza is "Home," a 14-foot sculpture by Berkeley artist Mark Christian in the shape of a desk globe. The globe is a visual representation of Brown's audio snippets, which he has traveled the world to collect.
Other new features on the plaza are improved wayfinding signage, including digital screens with real-time bus and rail arrival information. 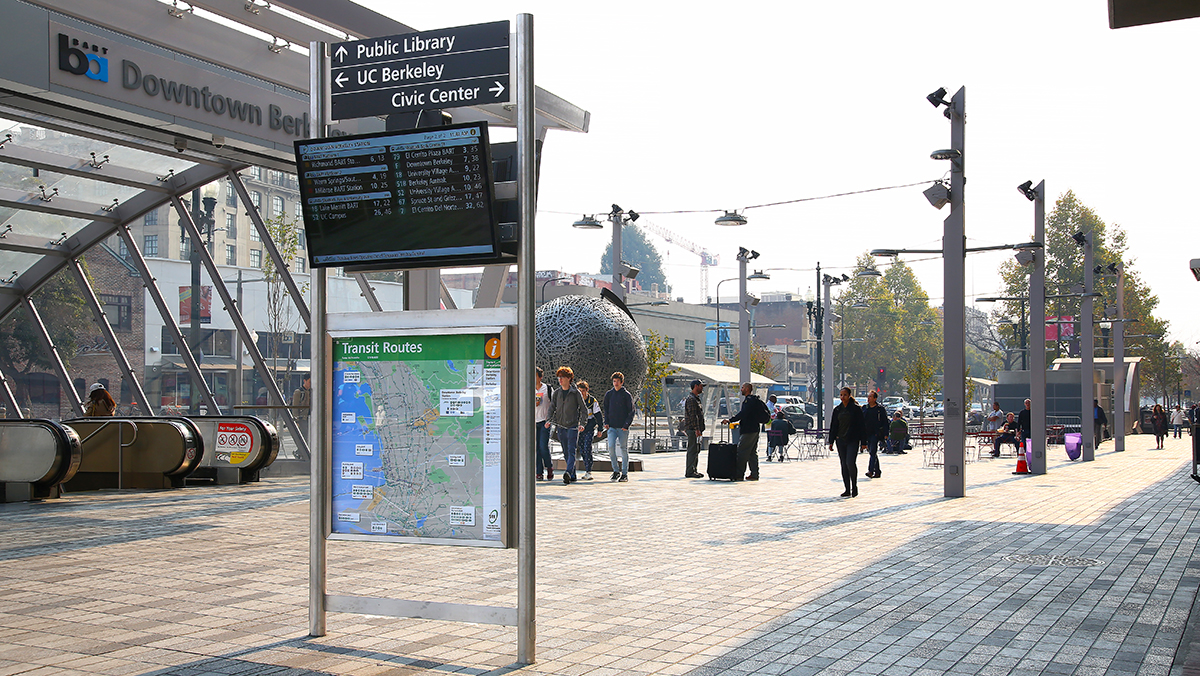 Improved wayfinding on the plaza helps riders get to their destinations more easily.
Feeling hungry? Check out local favorites, Ike’s Love & Sandwiches and Almare Gelato Italiano directly adjacent to the glass canopy.
Looking for more options? Head across the street to pizza and beer at Jupiter or a quick Mexican bite at Fresco Mexican Grill. 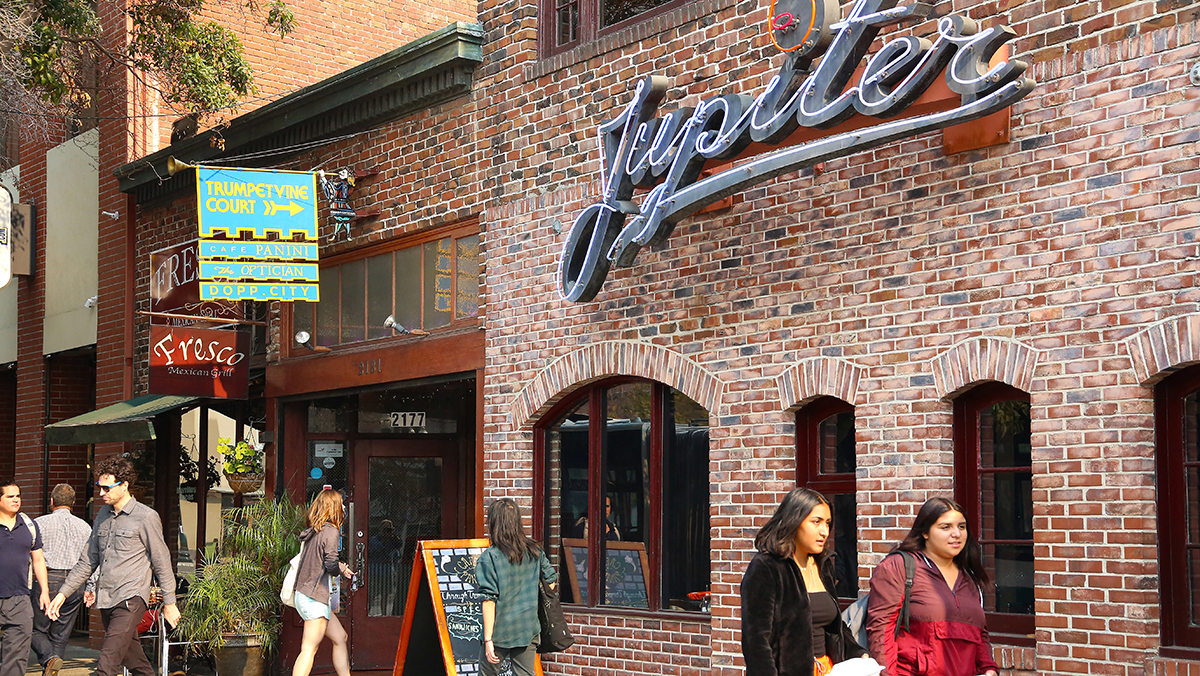 Jupiter and Fresco Mexican Grill are across Shattuck Ave. from the plaza.
Pop down Addison St. for long-standing theatres, Aurora Theatre Company, Berkeley Repertory Theatre, and Freight & Salvage Coffeehouse.
Venture a little farther out to the Berkeley Art Museum, Pacific Film Archive and Magnes Collection of Jewish Art and Life.
Add in Angeline’s Louisiana Kitchen and Lucia’s Pizzeria and you’ve got yourself a full itinerary of food and culture.
Click below to learn more about these and other BARTable locations near Downtown Berkeley Station. 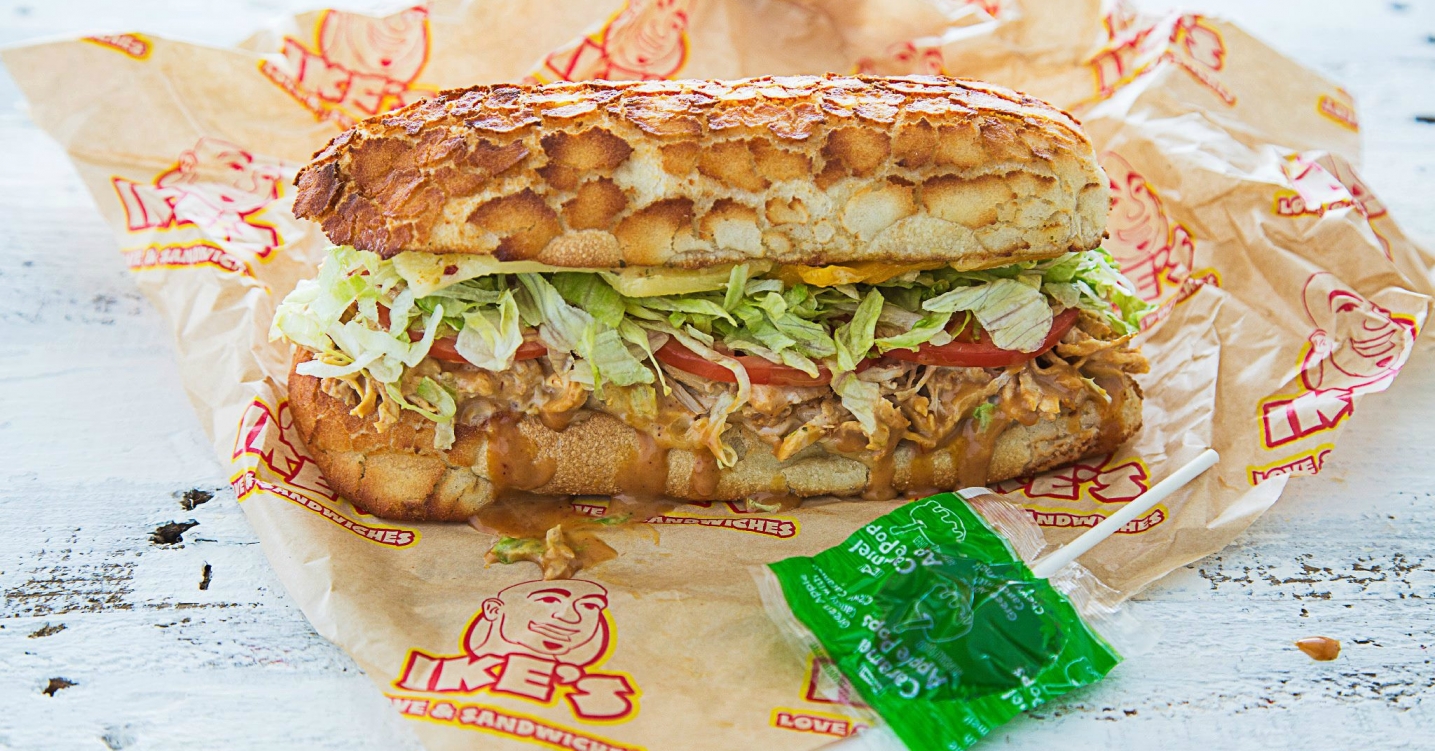 Owner Ike Shehadeh has made his name famous with this eponymous local chain of hefty sub sandwiches garnering lines on both sides of the Bay Bridge. At the Berkeley shop on Shattuck, the signature fresh baked bread stuffed with massive fixings and layered with that iconic secret “Dirty Sauce” will keep your napkin busy. 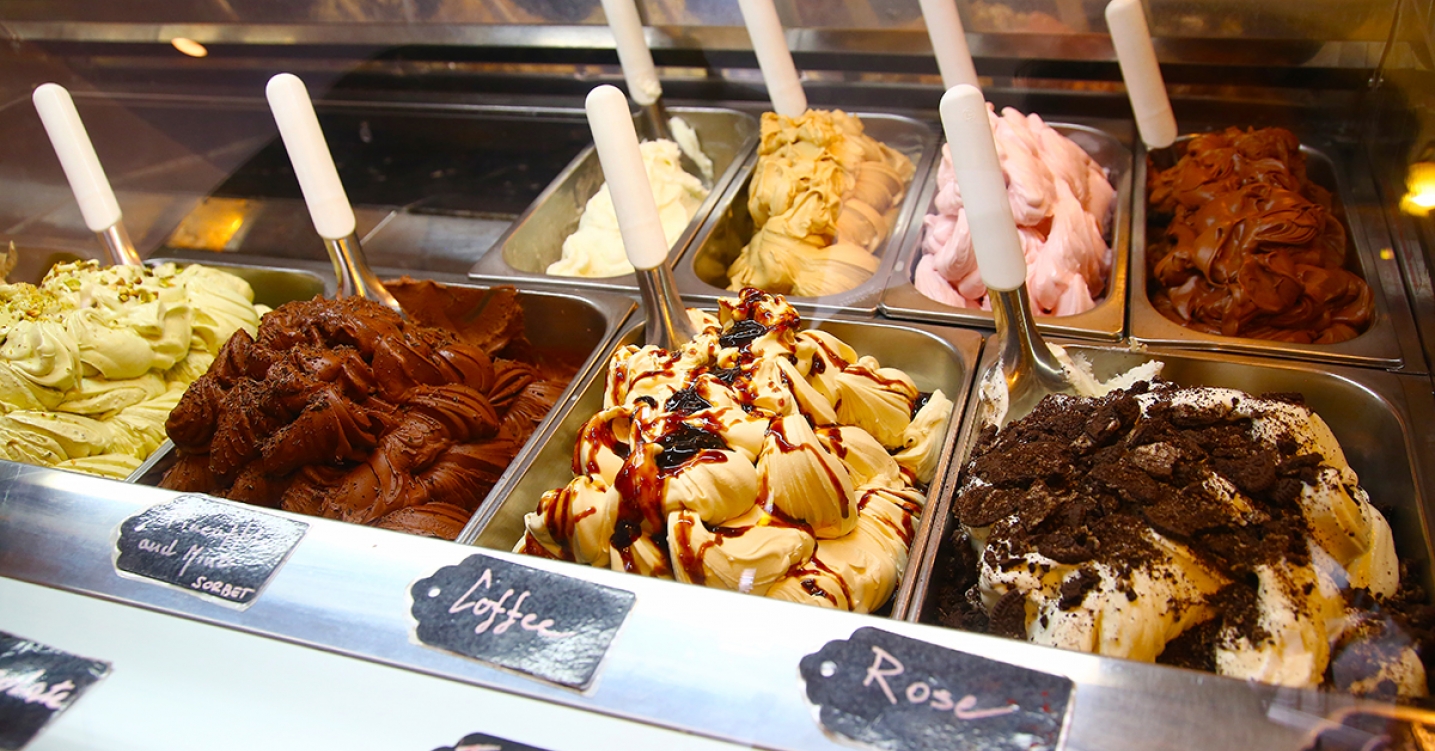 Fresh gelato is crafted every morning in the Almare Gelato lab, "the Italian way" since 2008. This includes cutting fresh fruit, roasting pistachios, mixing nut butters and infusing flowers, then combining cream, milk and sugar to achieve the best gelato possible.
Head in for a scoop of the famous toasted almond with caramelized figs or a taste of smooth stracciatella.
Espresso, coffee and a wide tea selection are also available.
read more... 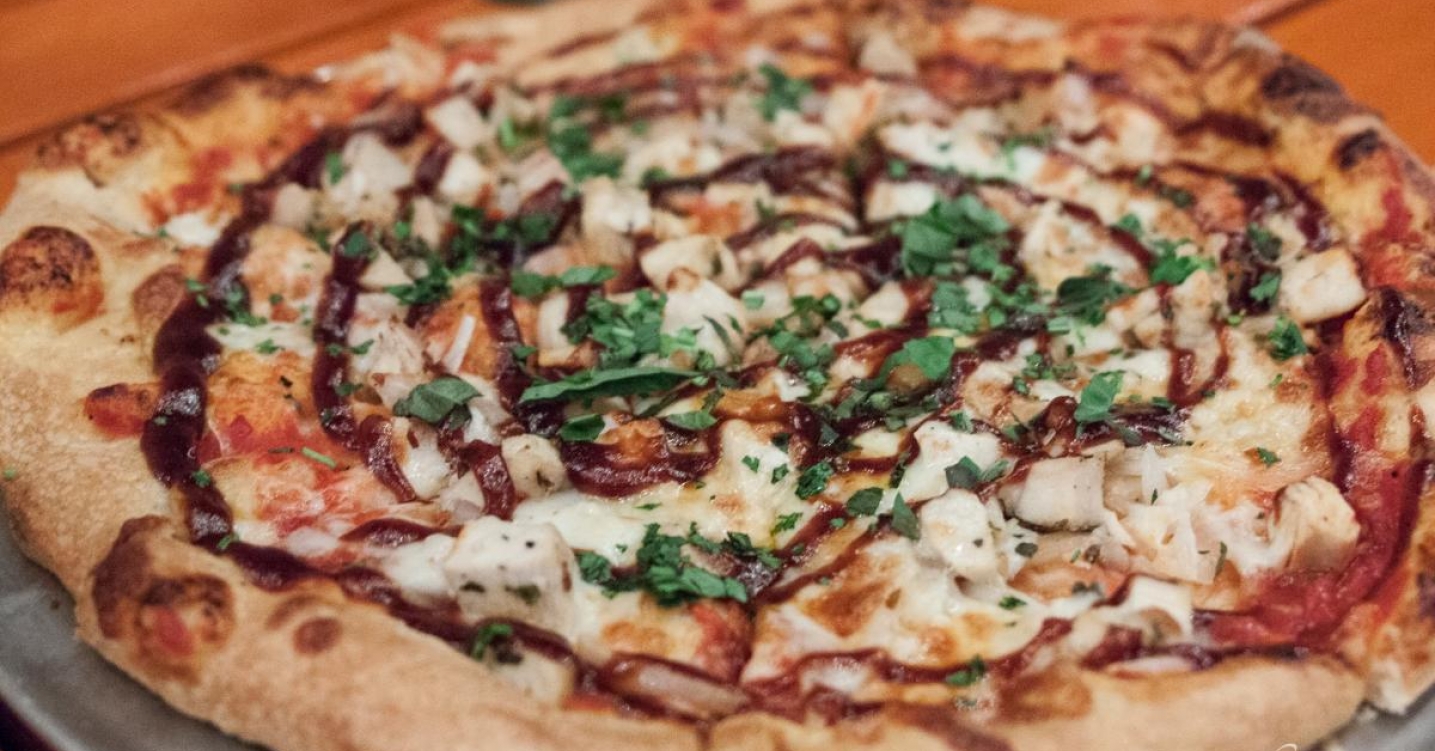 Serving wood-fired pizzas amidst a wood tavern vibe steps from Downtown Berkeley Station, Jupiter’s cozy and social patio is a must. You’ll find microbrews for the beer lover, vegan cheese for the animal lover, and a pergola encased in vining greenery for the garden lover. Post up at a table or on the brick ledge of the firepit and listen to the live band. 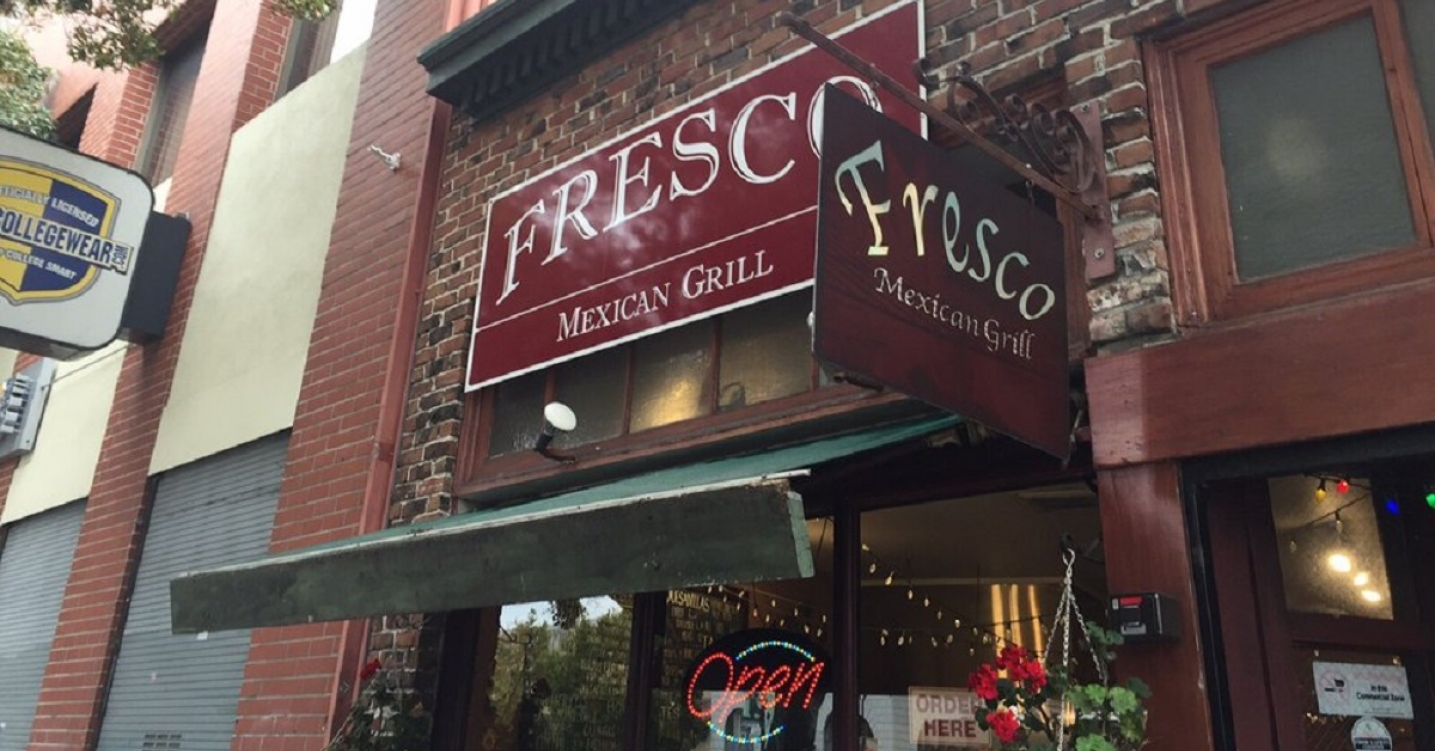 Photo courtesy of Yelp.
Look no further than Fresco for a quick, filling bite right outside Downtown Berkeley station. Fresco is a family-owned Mexican grill restaurant that serves authentic dishes made from recipes that were handed down through generations. You’ll find all your favorites and love the fresh ingredients.
read more... 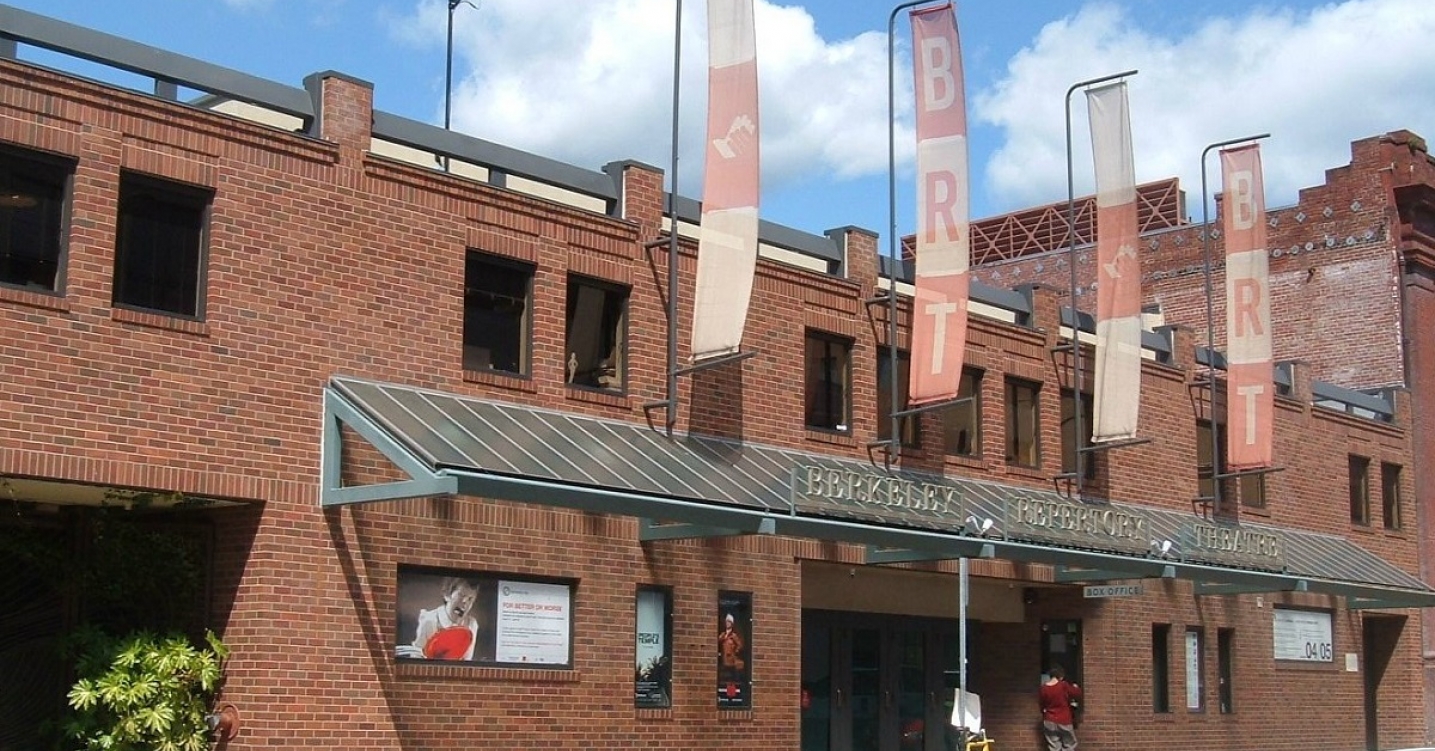 Berkeley Repertory Theatre (Berkeley Rep) was established in 1968 and has provided a platform or shows, productions, performances and the like ever since. They seek to "set a national standard for ambitious programming, engagement with its audiences, and leadership within the community in which it resides." By showcasing a variety of performances, with over 12 coming from off Broadway, two turning into movies, and others going on to show across the nation, Berkeley Rep has something for everyone! 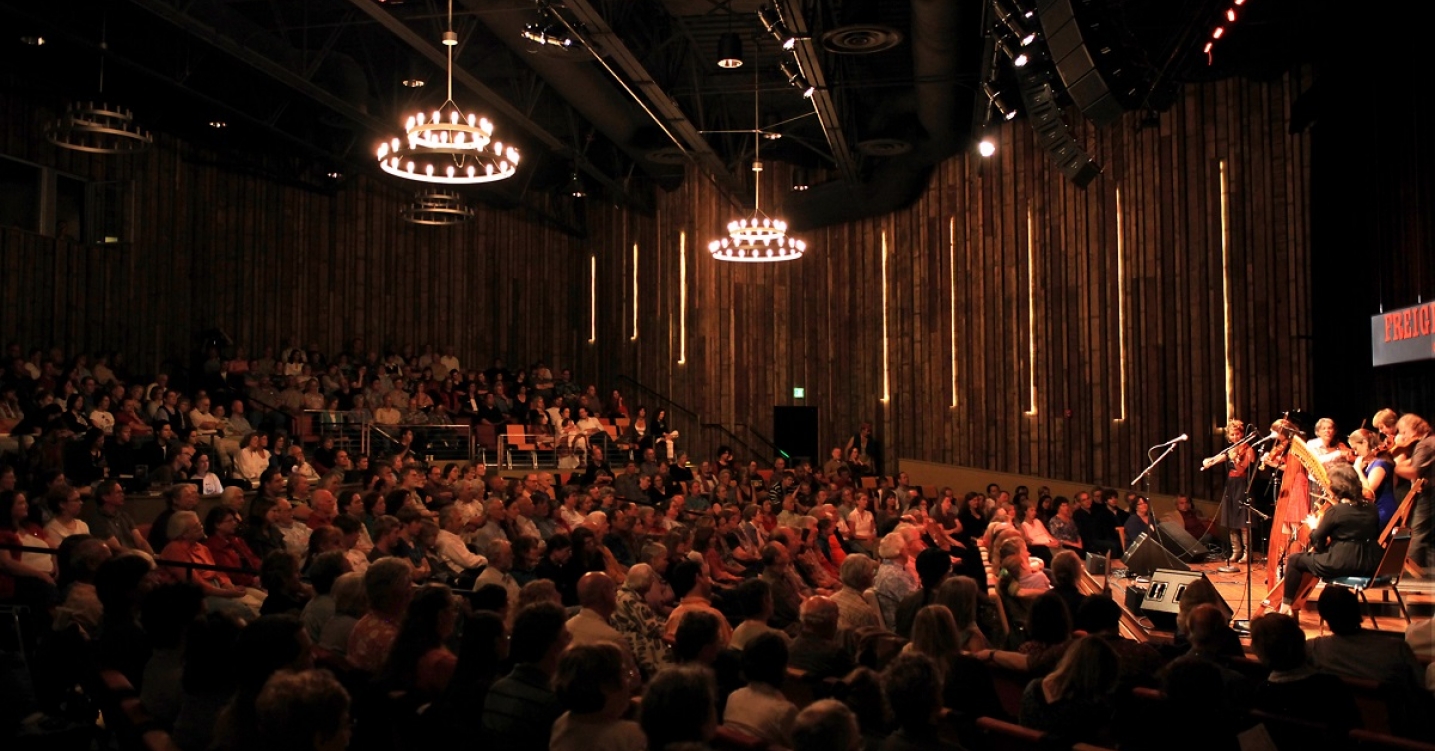 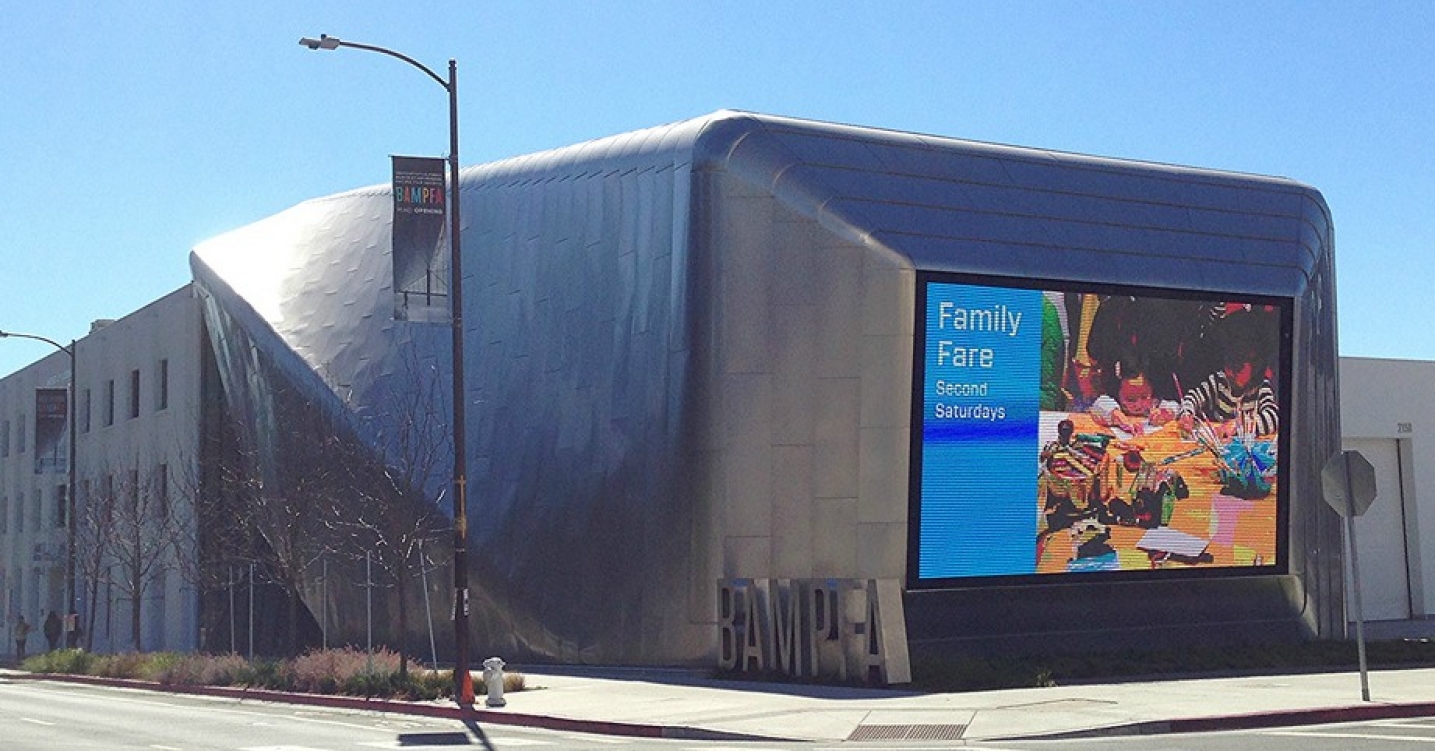 BAMPFA is the visual arts center of UC Berkeley that showcases various exhibitions, films, performances, lectures, and more. This art center's mission is "to inspire the imagination and ignite critical dialogue through art and film." The BAMPFA is conveniently situated between the UC Berkeley campus and downtown Berkeley, making it an accessible, unique, and engaging museum to visit. 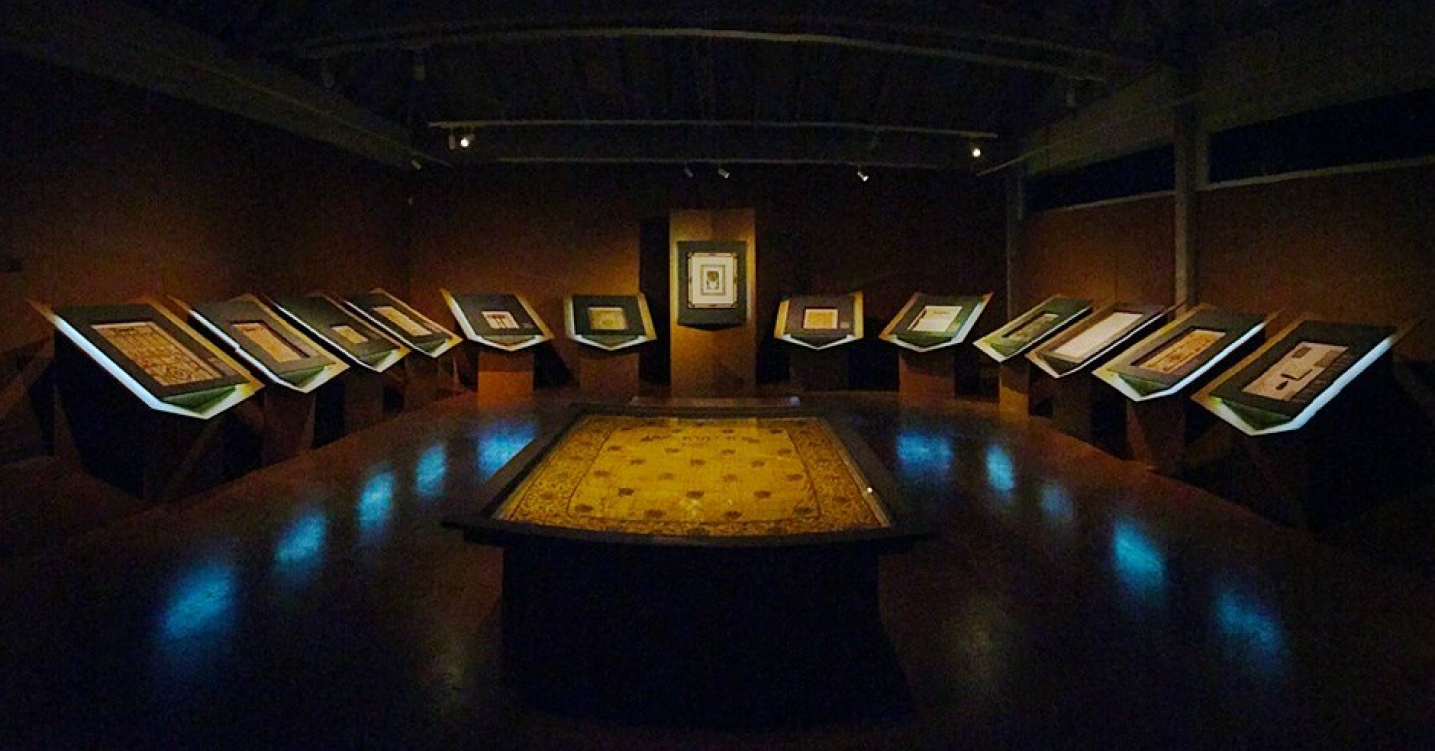 The Magnes Collection of Jewish Art and Life was established in 2010 at the University of California at Berkeley. It showcases "art, objects, texts, musics and historical documents about the Jews in the Global Diaspora and the American West." With free entrance, come check out this unique museum which houses one of the most distinguished Jewish collections in the world! 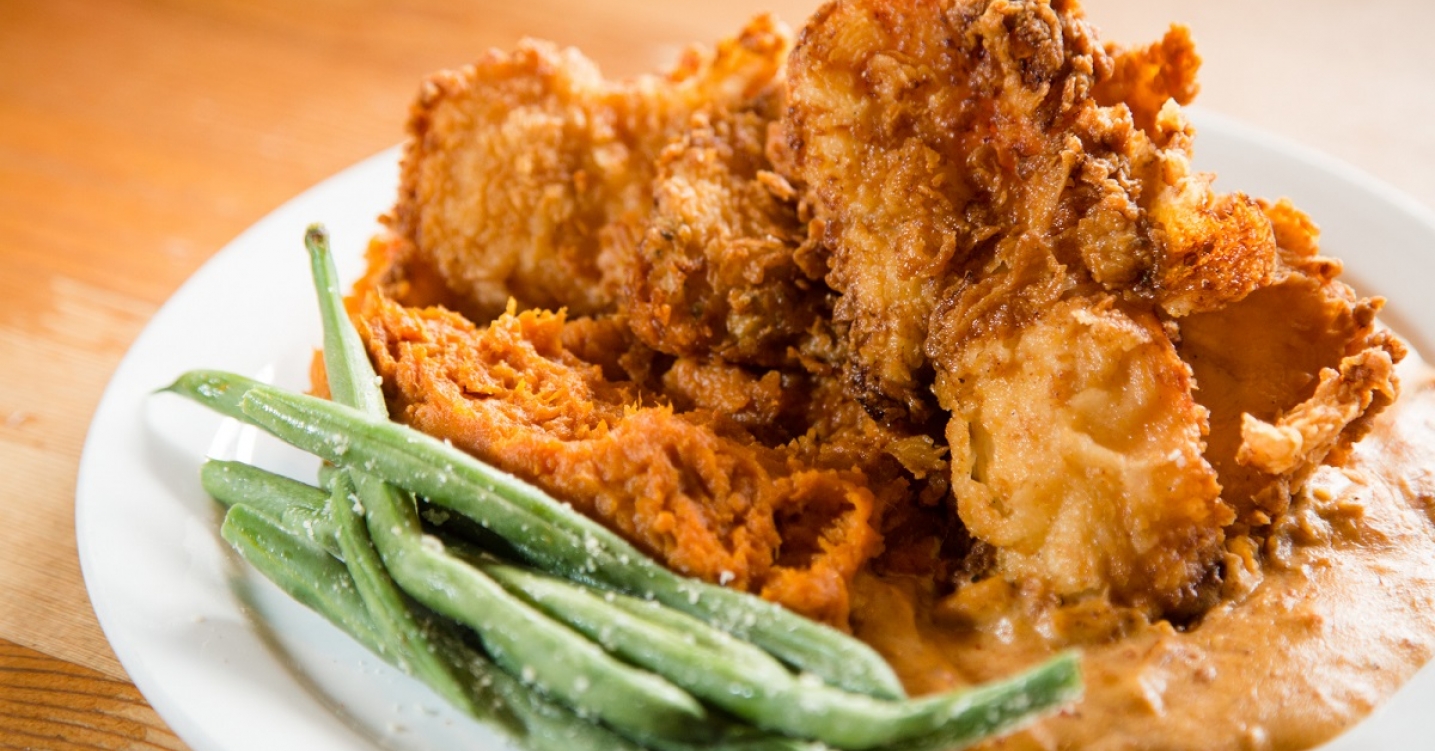 Photo courtesy of Angeline's Louisiana Kitchen's website.
Angeline’s began as the dream of founder Robert Volberg to bring southern hospitality and the delicious flavors of Louisiana to the bay area. Experience the amazing tastes and culture of Louisiana without having to buy a plane ticket. Whether you’re enjoying jambalaya, drinking an ice cold Abita beer or finishing your meal with a delicious order of beignets, you’re sure to leave happy.
read more... 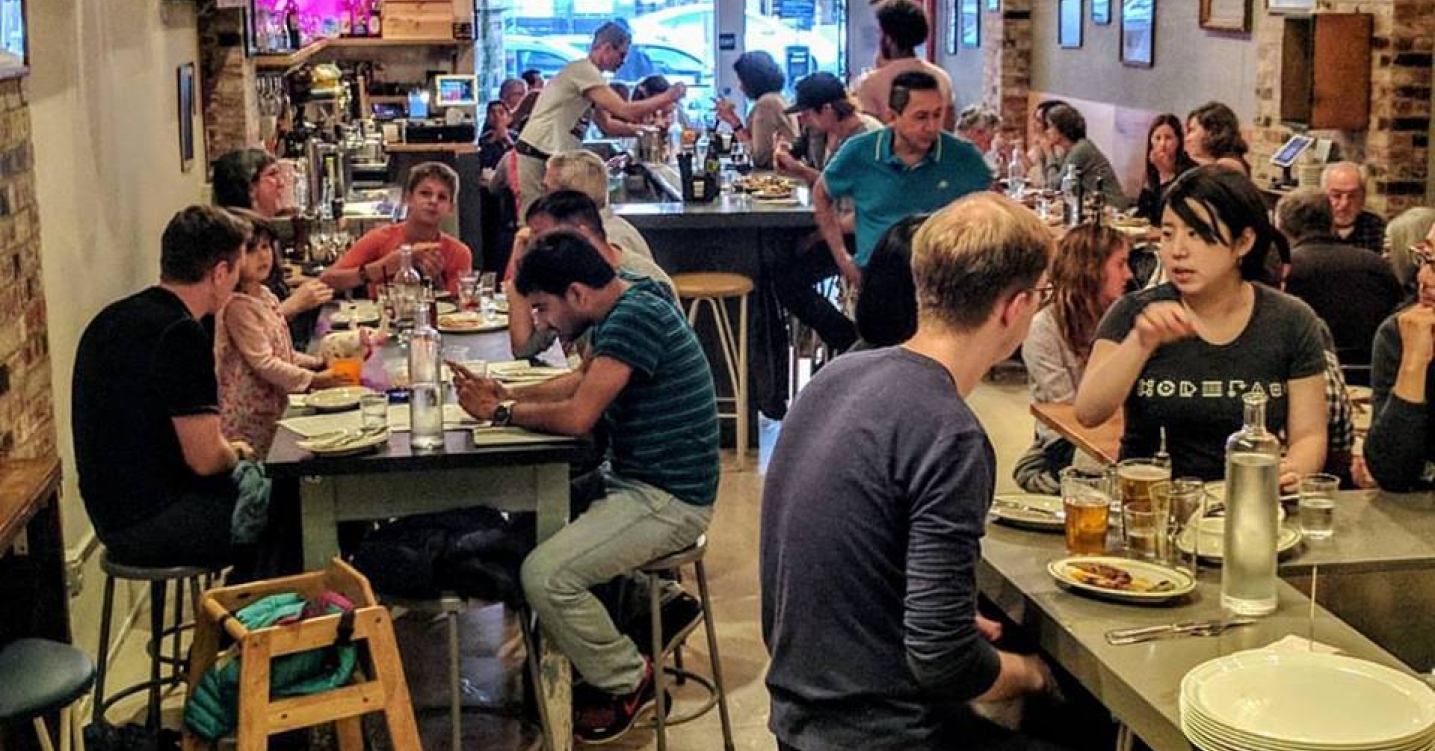 Ed McGreevy is a marketing representative for BART. He is a passionate promoter of public transportation and believes that the world looks better through the window of a train car. When not BARTing, you can find Ed on his bicycle climbing the steep streets of San Francisco.

I am a photographer. Have been for a long time. And right now, I am a photographer of kids, primarily doing school pictures. It's something that started organically a few years ago when I had the opportunity to get involved with the elementary school my daughters attended. Now working with schools is my business, and I love it. I can't think of a more lively age group to work with. I'm a big kid at heart and I enjoy their energy.