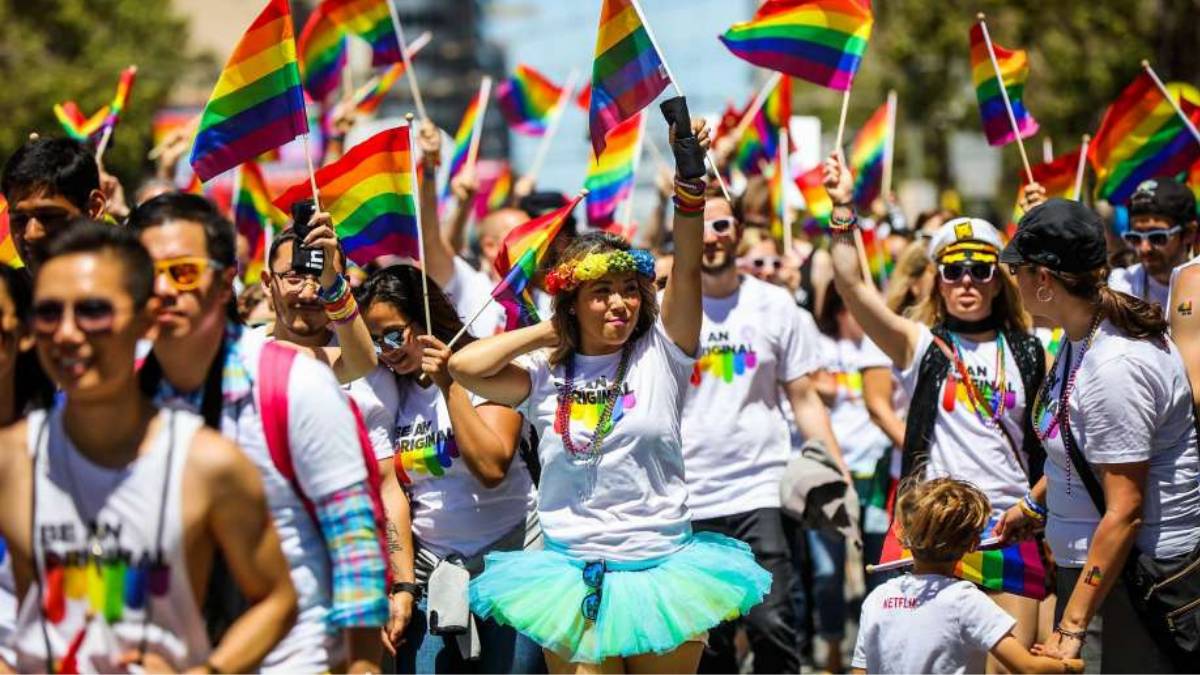 Ride With Pride: Your BARTable guide to SF Pride 2019

The San Francisco Pride Celebration & Parade returns to the heart of the city the weekend of June 29 and 30, with over 200 participating groups and exhibitors. It’s easily accessible by BART — come be part of the largest gathering of the LGBTQ community and allies in the U.S.

Attending the parade as a spectator is free, though a donation of $1 to $5 is requested at the gates to attend the celebration. A full list of performers can be found on SF Pride’s website.

Getting there on BART

For the parade on June 30, BART will open at 8am and will run Dublin/Pleasanton trains to Daly City rather than turning them around at MacArthur Station. There will be added morning and afternoon event trains.

Please note, Dublin/Pleasanton trains will NOT stop at Civic Center Station prior to and during the event.

All other trains will stop at Civic Center/UN Plaza following the parade.

Riders should expect large crowds at Embarcadero Station before 10:30am and large crowds all day at Civic Center/UN Plaza Station.

Heavy ridership is anticipated throughout all downtown San Francisco stations and the 16th St. Mission Station for the duration of the day.

To avoid long lines at station machines, purchase a round-trip ticket beforehand or use a pre-loaded Clipper card.

BART is going all out to celebrate Pride this month. Our train cars will be decked out with "Serving the Bay Area with Pride" window decals. Our stations will be decorated with rainbow flags and will broadcast audio messages from LGTBQ employees and their allies.

Hundreds of staff, their families and friends, will march in the San Francisco parade with the BARTmobile and a our newest float — a decorated scissor lift. A selected panel of judges award marching contingents for creativity and engagement by a in categories that include “Absolutely Outrageous Contingents” and “Absolutely Fabulous Float Contingents.” 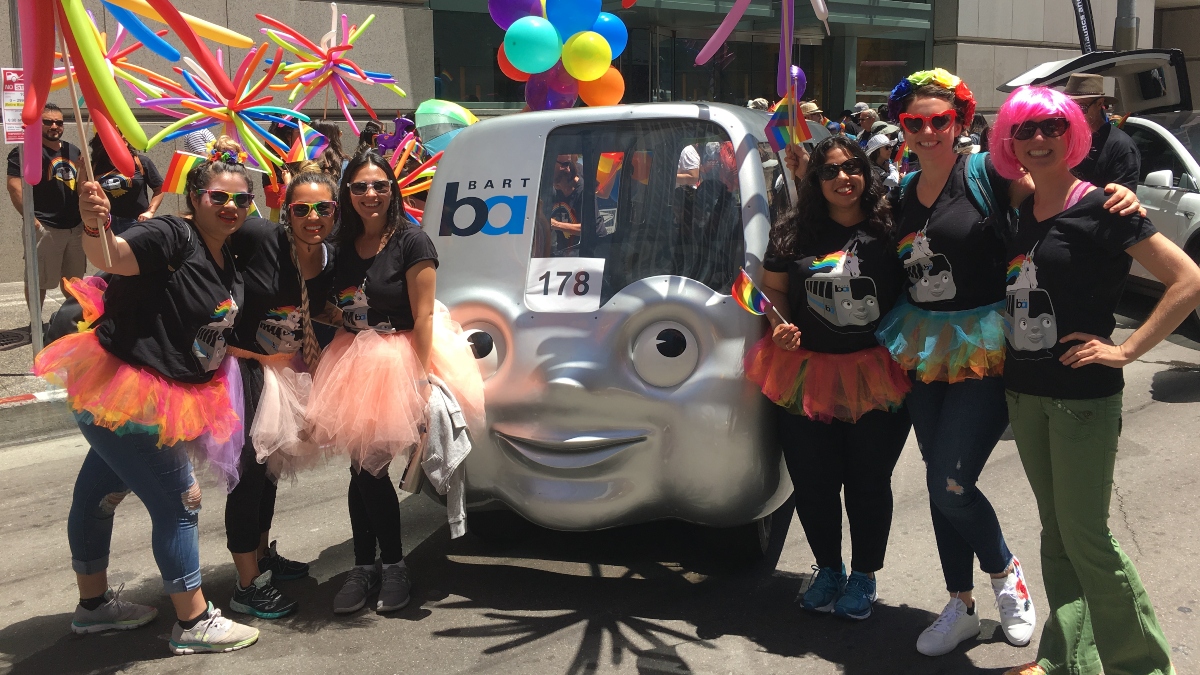 BART's Ride with Pride tshirts, tank tops and stickers can be purchased at the BART Store at Lake Merritt 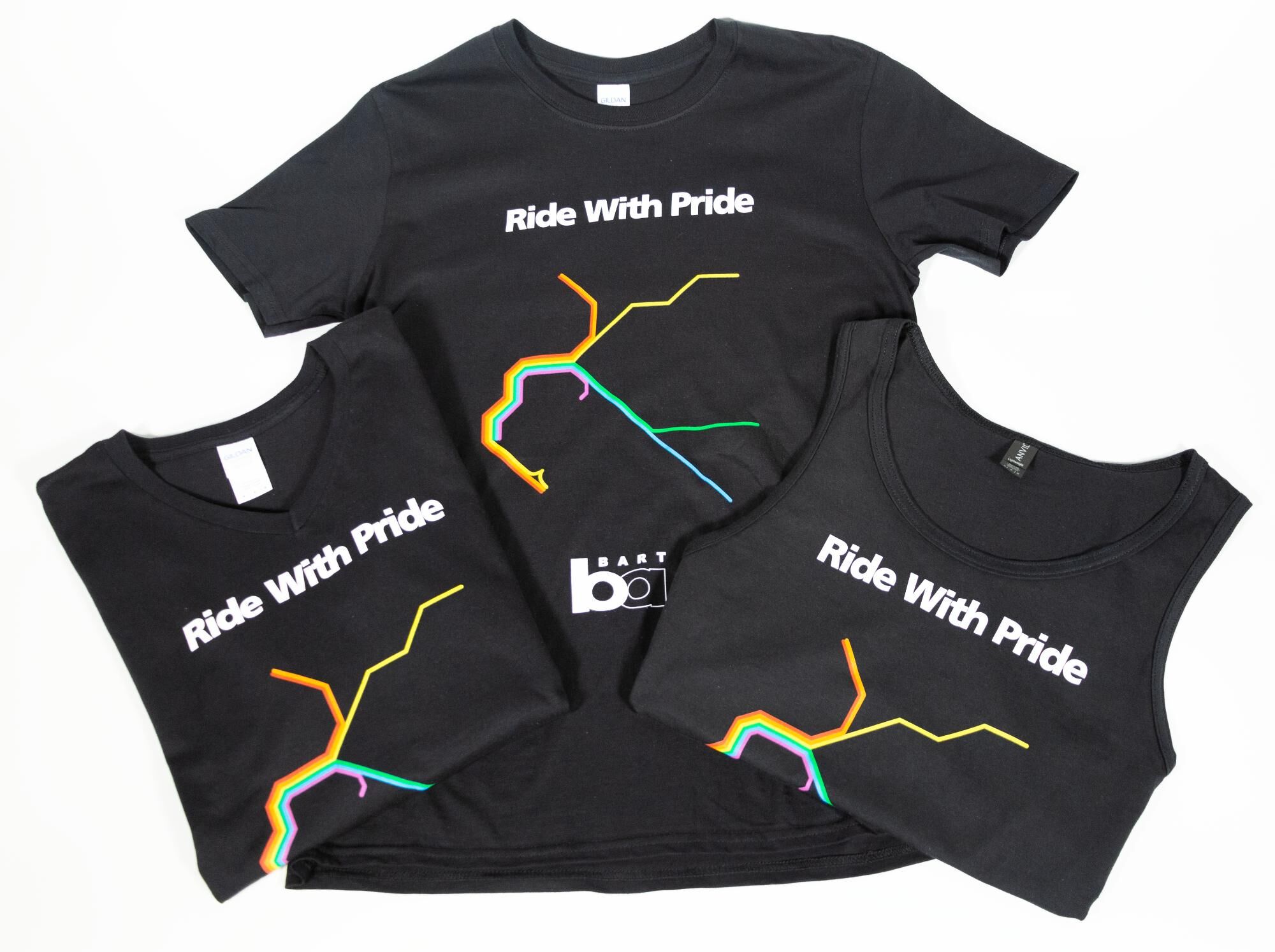 The first gay rights march was on June 28, 1970, from Polk Street to San Francisco City Hall. The next day, community members hosted a “gay-in” at Golden Gate Park. A timeline of pride events through the years since then can be found at the San Francisco Chronicle’s site.