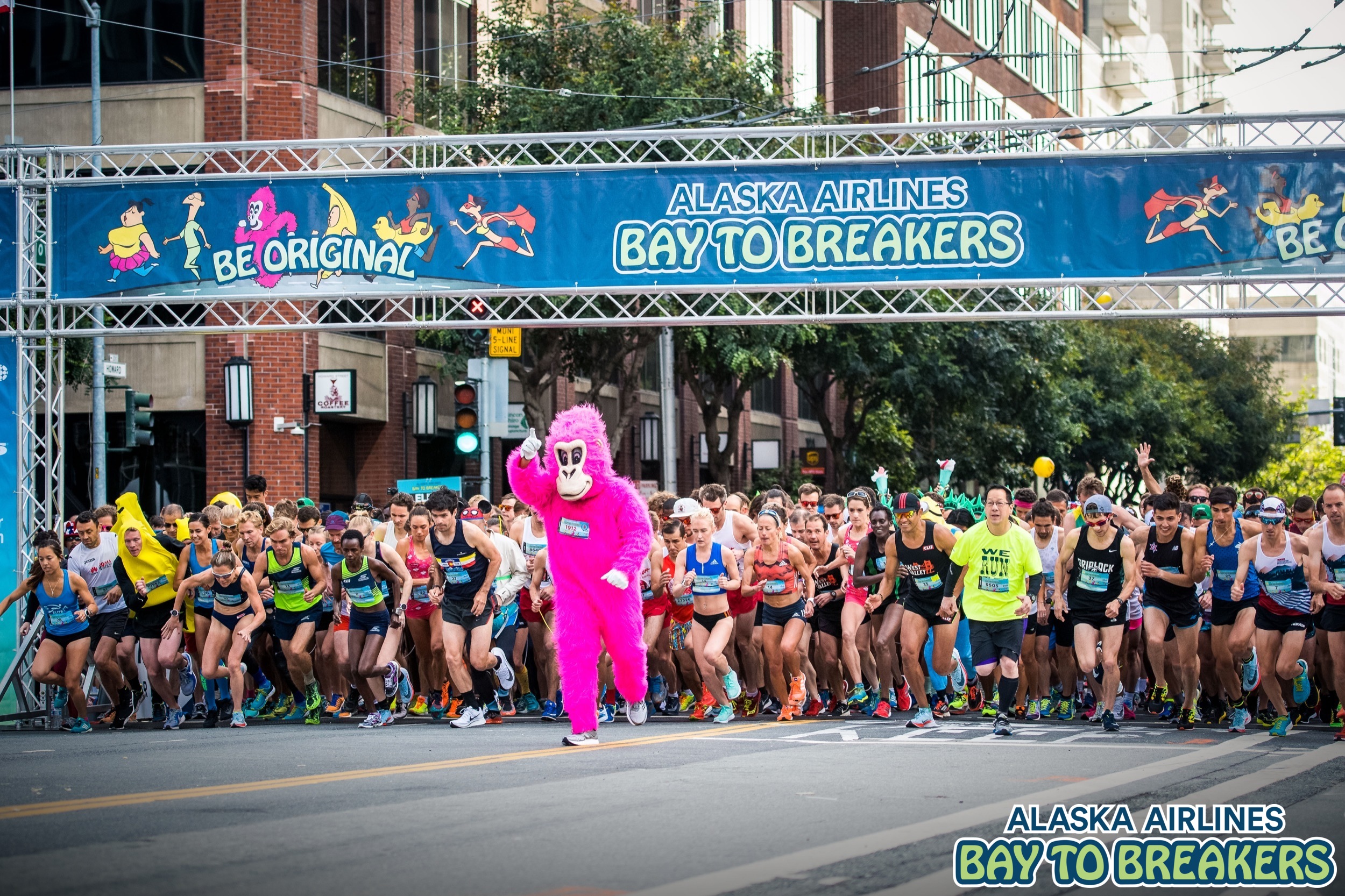 How to take BART to Bay to Breakers

The race begins at 8am.

Editor's note: This story has been updated to reflect the 2019 race information.

Devout runners racing around devout revelers. Creative costumes making slow steps alongside sweaty teams. Public parties and exposed bodies. Bay to Breakers hits the streets of San Francisco again on its usual third Sunday of May, this year on the 19th.

The 12k race is celebrating its 108th year, and the party kicks off at Howard and Spear Streets and funnels the crowds down to the Great Highway along the Pacific Coast's Ocean Beach — going up the iconic Hayes Street Hill, then passing through the Panhandle and Golden Gate Park along the way. For those that are bold, they can add the Breakers Bonus, an extra 3k, increasing their race length to 15k (rumor has it there's some bonus entertainment to help you along the way and a free adult beverage at the finish line). It's the oldest consecutively run annual footrace in the world, so let's celebrate this epic tradition!

To help participants make the 8am start time with ease, all BART stations will open early (approximately 6am) and even more long trains will be on hand to get you where you need to go. Trains running before 8am will run 20- to 30-minute intervals until normal service begins.

Runners coming from the Peninsula or San Francisco, off board at Montgomery Street station.

Runners coming from the East Bay should off board at Embarcadero Station. Both stations are are short distance to Howard and Spear streets, the starting point of the race.

Runners can save time and trouble by getting a Clipper card in advance of race day to pay your fare. Be sure to load enough cash on the card to pay for a round trip fare. Clipper cards are available at transit ticket offices, through ticket vending machines in SFMTA stations and at most Walgreens and other retail locations. Ticket Vending Machines at the stations will allow you to add cash value to your Clipper card, but do not dispense the cards.

Wet or damaged BART tickets will not work in fare gates, so runners who keep a round-trip ticket in their pockets while running seven miles may be disappointed when they try to get home. Reminder, there is a $0.50 surcharge per trip if you use a BART ticket.

Whether you're running in the race, cheering from the sidelines or just want to party in a crazy costume — have a blast being a part of this true San Francisco experience!

Taking BART to Bay to Breakers? Tag #sfbartable on your social media post and we'll share our favorites.

Highlights of last year's race, courtesy of Bay to Breakers. 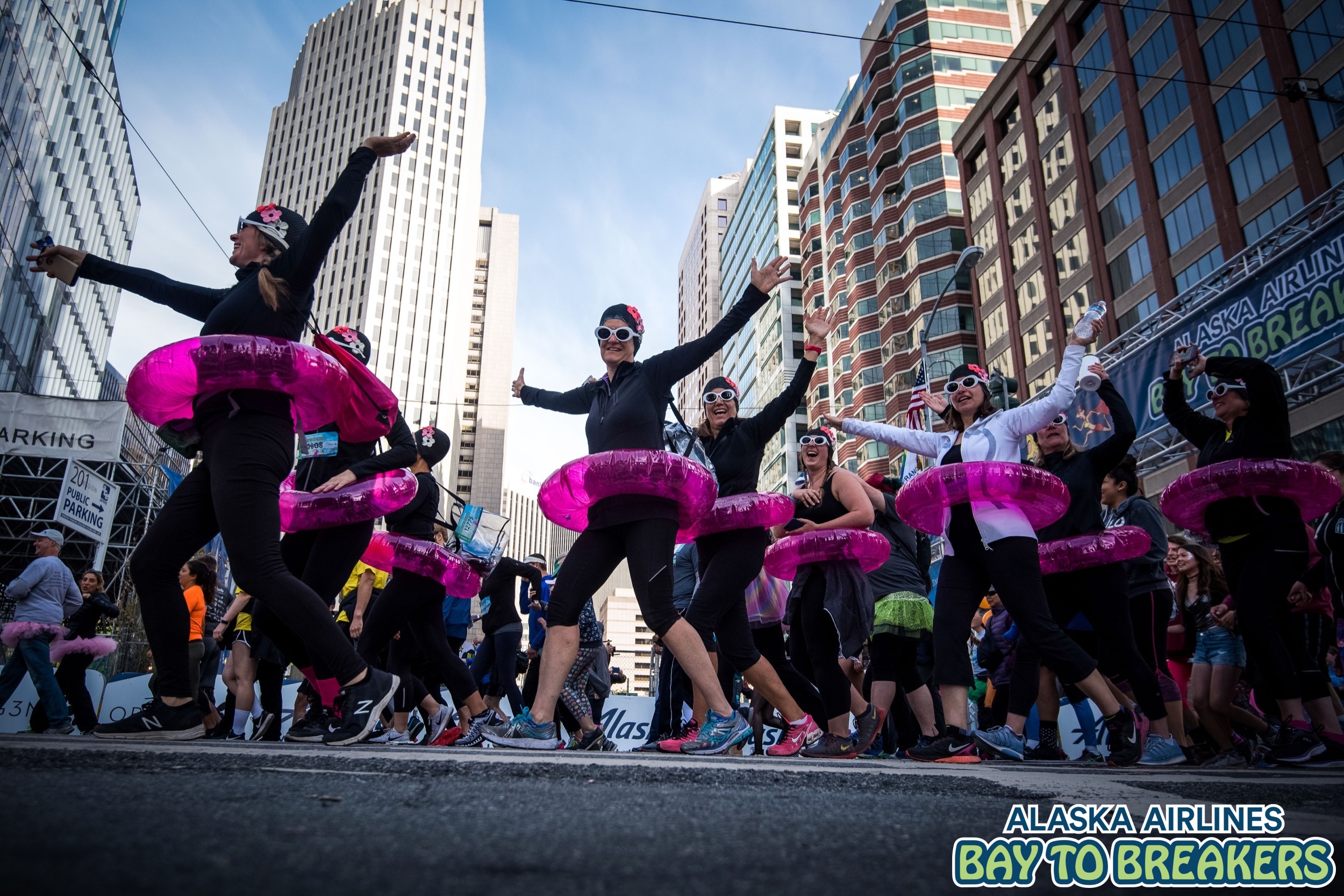 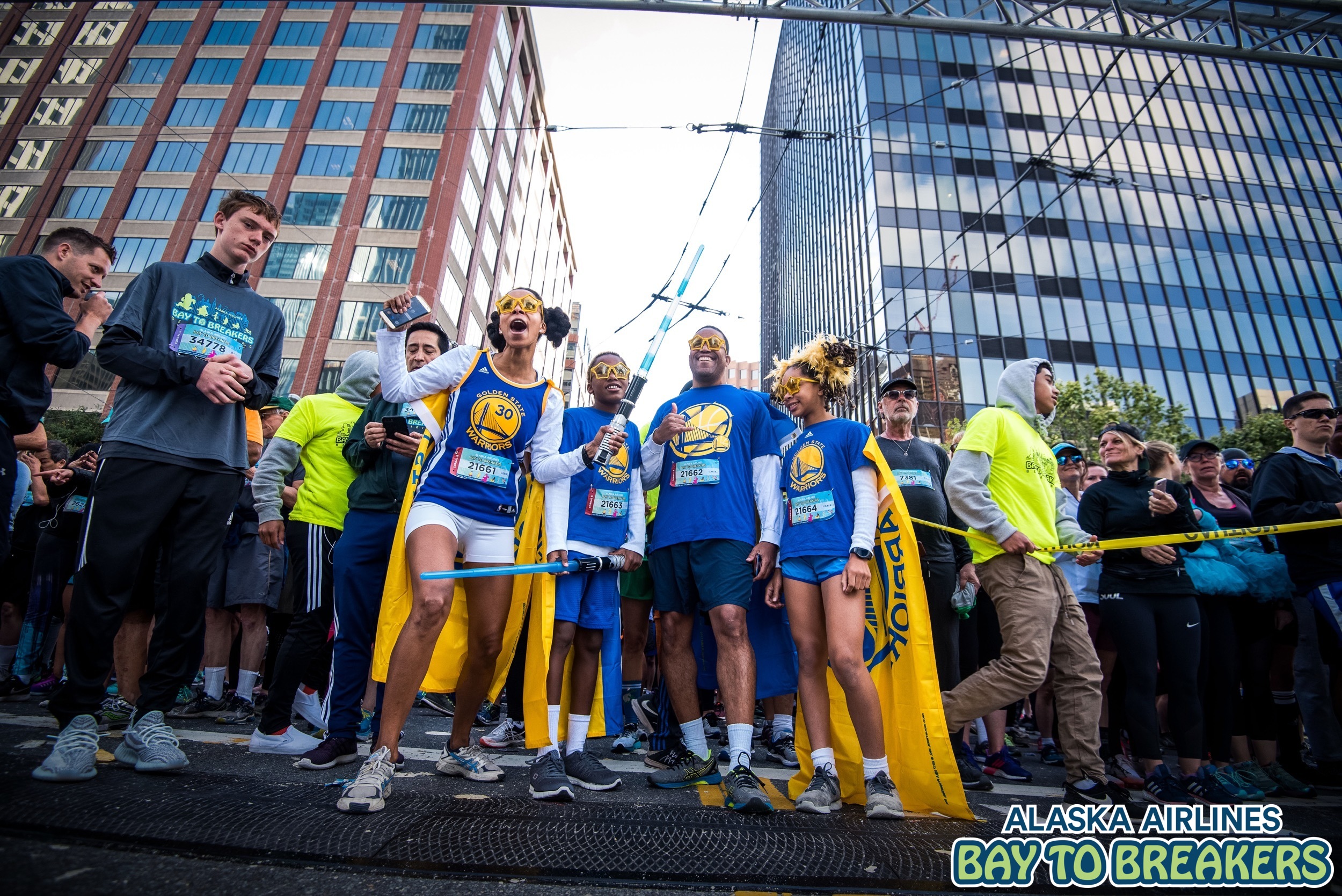 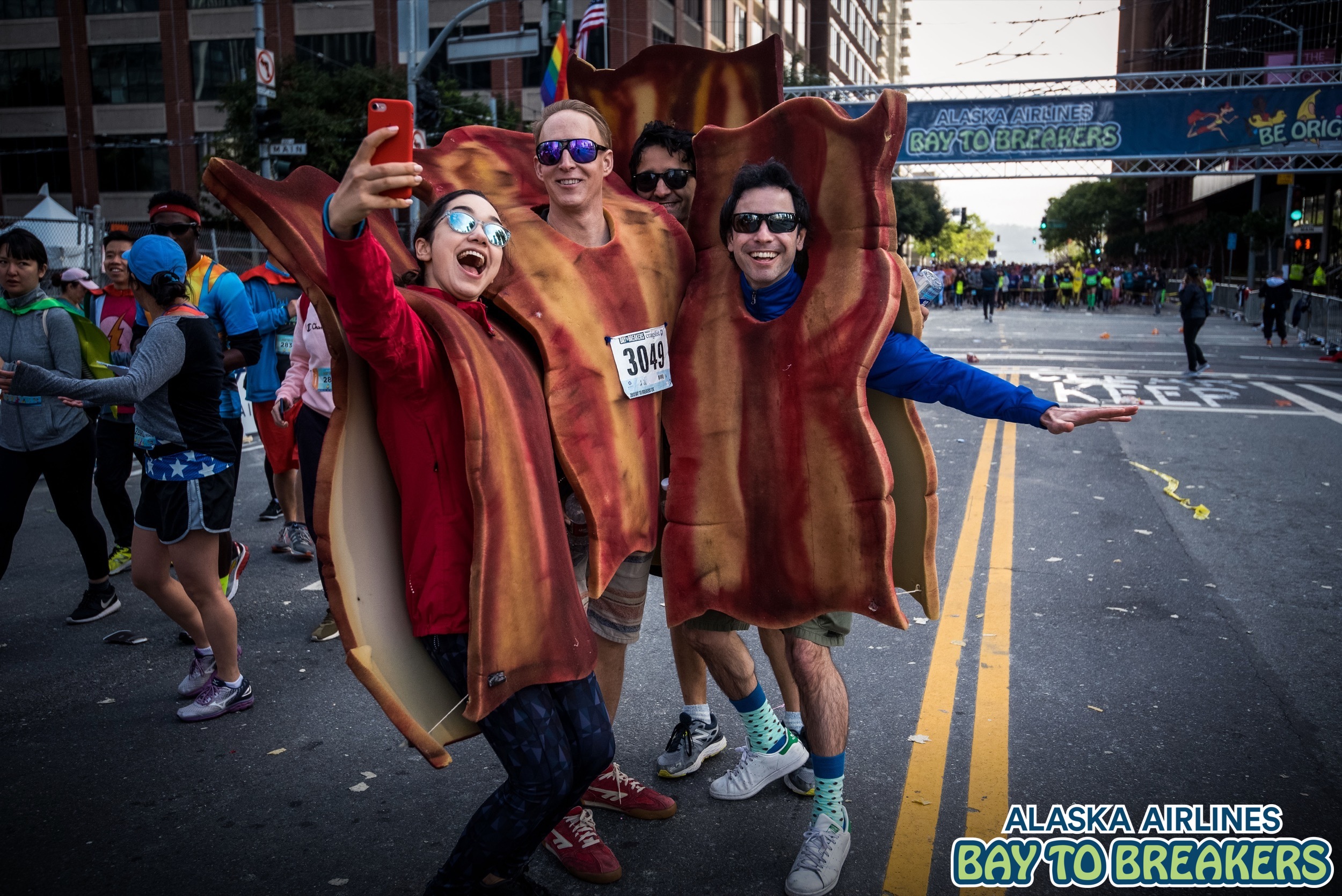