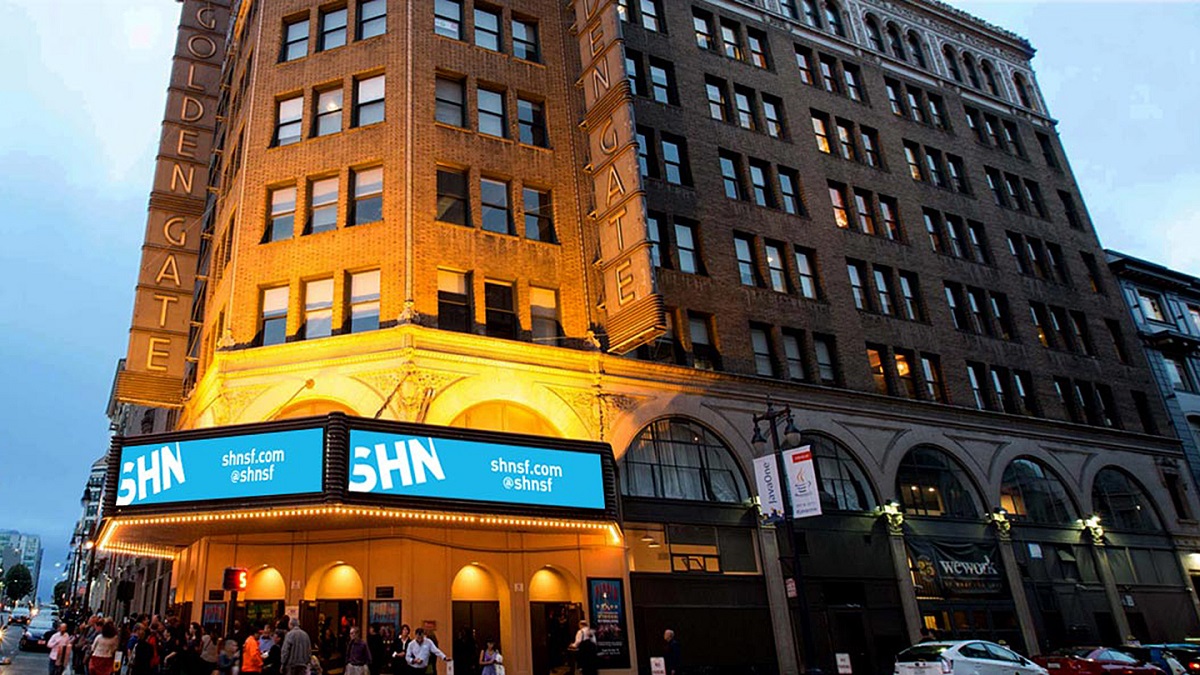 4 minutes
The Golden Gate Theatre is a performance venue located at 1 Taylor Street at the corner of Golden Gate Avenue in San Francisco. It opened in 1922 as a vaudeville house and later became a major movie theater. It was restored and reopened as a performing arts venue in 1979 and is a thriving SHN theatre today.
The theatre is part of the Market Street Theatre and Loft District which is listed on the National Register of Historic Places.