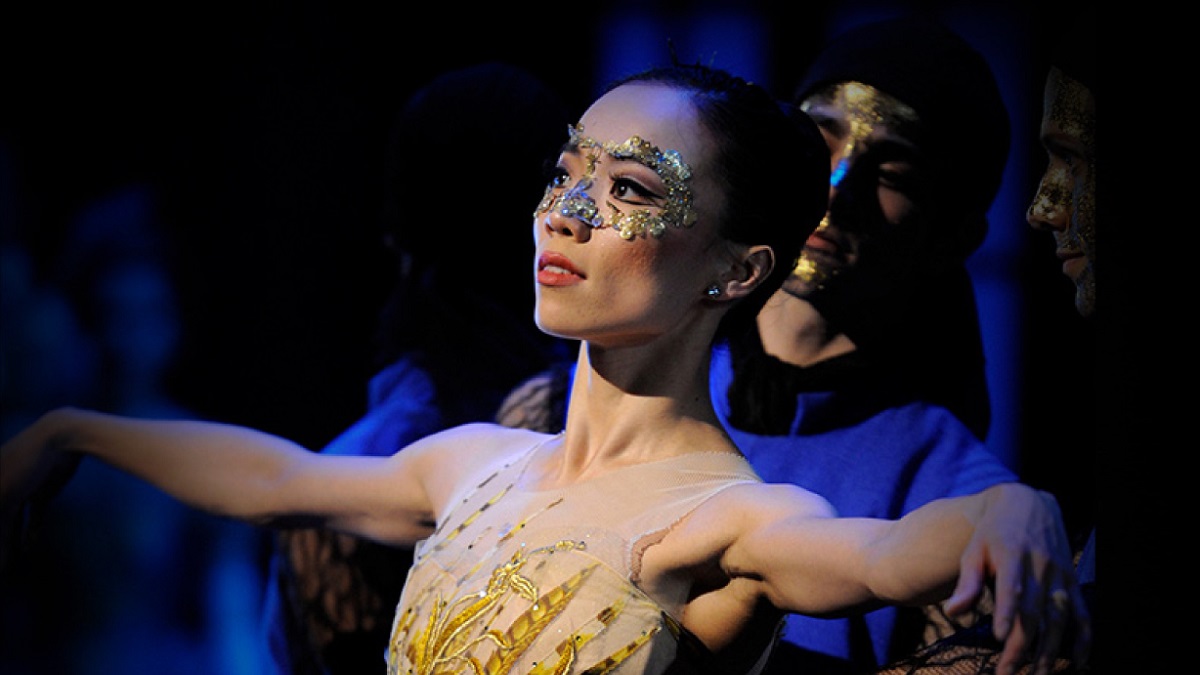 Cinderella is at the SF Ballet through February 2. Photo courtesy of SF Ballet.
The arts, music & events keep on coming in for the second month of 2020. As we prepare to say goodbye to Oakland Museum of California's No Spectators: The Art of Burning Man, A.C.T.'s Wakey Wakey with Tony Hale, and SOFT POWER at the SFMOMA, new events are coming into view. This includes the award winning production of Gatz at Berkeley Rep, Ron Nagle: Handsome Drifter at BAMPFA and more. Keep reading on for what's happening now and what's coming up in February. 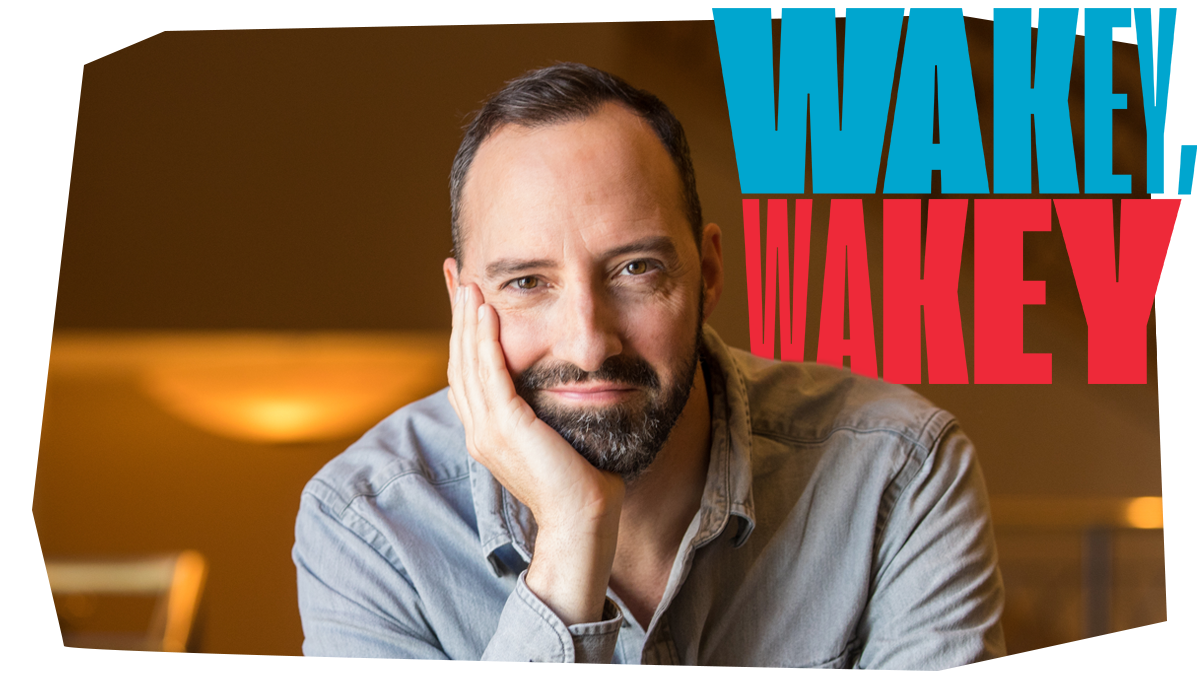 Tony Hale stars in Wakey, Wakey at A.C.T. Photo courtesy of A.C.T.
The Exploratorium | After Dark (every Thursday) by Embarcadero
Things look different after dark. Lose yourself in over 650 interactive exhibits exploring perception, art, and science. Grab your friends and a drink and get immersed in everything from a pitch-black dome to a fog bridge, a large-scale kaleidoscope, dazzling light displays, mind-bending mirrors, and more. Or savor adults-only (18 and over) programming featuring unique guest speakers, great music, specialty films, and one-of-a-kind activities. It'll change how you think about the world around you. But don't take our word for it—see for yourself.  Take BART to Embarcadero station and walk 15 minutes or jump on a trolley to the Exploratorium.  Tickets are $14.95 and can be purchased online.
SF Ballet | Cinderella (through Feb. 2) by Civic Center/UN Plaza
See the timeless tale of Cinderella with stunning style, charming twists, and mesmerizing visual effects. SF Ballet leaves behind the fairy godmother and talking mice in favor of a delightfully human story with a hopeful heroine, a noble prince, tiny feet, and ill-fitting shoes. Set to a gorgeous score with colorful sets and costumes, magical projections, and breathtaking puppetry, this Cinderella is a fairy tale for our time. Take BART to Civic Center/UN Plaza and travel eight minutes to the War Memorial Opera House. Tickets range $35-$400 and can be purchased online.
A.C.T. | Wakey, Wakey (through Feb. 16) by Powell St
“Is it now? I thought I had more time.” Over the course of a very special hour, a man considers his entire life. What does he remember? What will he share? What does it mean? Funny, quirky, and provocative, A.C.T.'s Wakey, Wakey is an intimate new comedy from Obie Award–winning playwright Will Eno and a surprising yet familiar look at what it means and how it feels to be human. Wakey, Wakey, starring Tony Hale, is playing through February 16 at A.C.T.'s Geary Theater, just five minutes from Powell St. Tickets are available online and range from $25-$110.
Oakland Museum of California | No Spectators: The Art of Burning Man (extended through Feb. 23) by Lake Merritt
Marvel at the spectacular artwork and large-scale installations from one of the most widely-celebrated cultural events in the world as No Spectators: The Art of Burning Man takes over the Oakland Museum of California. Each year the weeklong Burning Man event attracts over 70,000 people to Nevada’s Black Rock Desert. Participants create and build Black Rock City, a temporary metropolis where experimental art installations—some ritually burned to the ground—are the centerpiece for innovators, makers, and a burgeoning artistic community. The exhibition will illuminate the values of Burning Man through its guiding Ten Principles: Radical Inclusion, Gifting, Decommodification, Radical Self-reliance, Radical Self-expression, Communal Effort, Civic Responsibility, Leaving No Trace, Participation, and Immediacy. Don't miss the West Coast debut of the first major museum exhibition of its kind. More information and tickets can be found online. Take BART to Lake Merritt and walk five minutes to the museum. 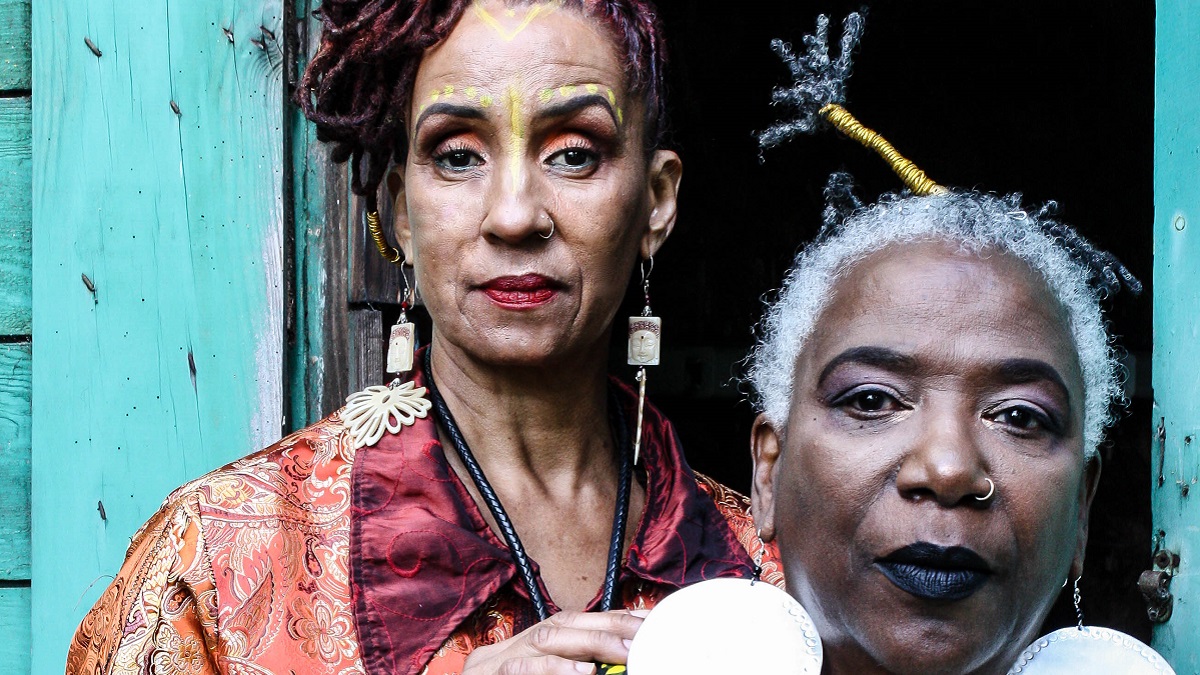 The Art of the African Diaspora is at the Richmond Art Center. Photo courtesy of KaliMa Amilak/Richmond Art Center.
SFMOMA | SOFT POWER (through Feb. 17) by Montgomery St
Look inside SOFT POWER, SFMOMA's largest-ever contemporary art exhibition, and you'll find work centered on the enduring effects of slavery, California's ecological crises around fire and fracking, undocuQueer leadership, and the real repercussions of political wars. With 20 international artists exploring important and timely issues, Soft Power is a platform for valuable viewpoints historically excluded from the museum space. Tickets are available online ranging from $25 for Adults, $22 for Seniors, $19 for Young Adults and free for Members and for visitors 18 and under. Take BART to Montgomery St station and walk five minutes to the museum.
Aurora Theatre Company | The Children (through Mar. 1) by Downtown Berkeley
A long-married couple live in a ramshackle cottage near the edge of a nuclear disaster that recalls the 2011 Fukushima catastrophe. Intruding into their somewhat eccentric existence comes Rose, a former co-worker at the power station whose appearance after 30 years is a mystery that will inspire both laughter and an increasing sense of menace. But Rose is on an important mission. A recent hit on Broadway, The Children is at Aurora Theatre Company through March 1 and tickets are available online. Take BART to Downtown Berkeley and walk half a block to the theatre.
Richmond Art Center | Art of the African Diaspora (through Mar. 13) by Richmond
Art of the African Diaspora is a group exhibition featuring work by over 150 artists of African descent. The exhibition is held at the Richmond Art Center beginning January 14 and runs through March 13. This exhibition is accompanied by self-guided open studios and satellite exhibitions. Admission to the galleries is free and open to the public Tuesday-Saturday. Take BART to Richmond and walk 13-minutes to the Art Center. 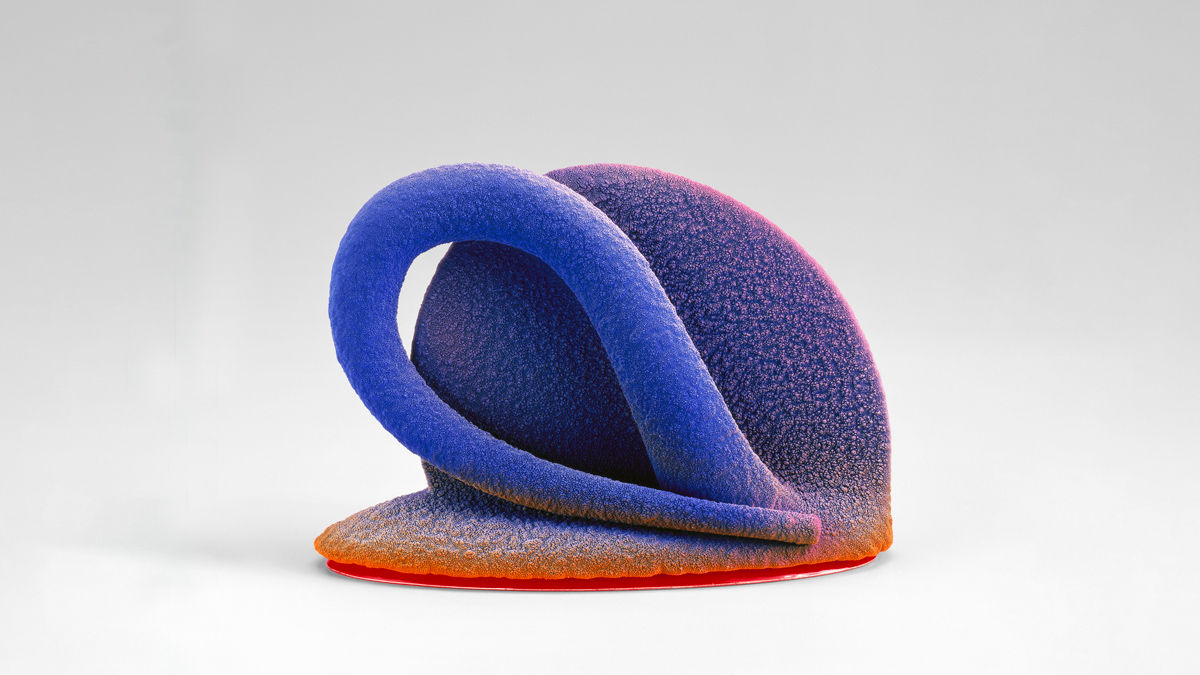 The work of Ron Nagle is on display at BAMPFA. Photo courtesy of BAMPFA.
From the Gold Rush to the Earthquake: Selections from the Collection (through Mar. 29) by Montgomery St
From the Gold Rush to the Earthquake: Selections from the Collection presents highlights from the California Historical Society’s holdings of paintings, photographs, manuscripts, and ephemera. Focusing on key topics in California’s late-nineteenth-century history, the exhibition features selected works from the Gold Rush, the exploration of the Sierra Nevada Mountains and coastal regions, the rise of agriculture and industry in the state, San Francisco’s Chinatown, and the city’s devastating 1906 earthquake and fires. For more information and tickets, visit the California Historical Society online. Take BART to Montgomery St and walk three minutes to the Historical Society.
Harry Potter and the Cursed Child (through May 17) by Powell St
Based on an original new story by J.K. Rowling, Jack Thorne and John Tiffany, Harry Potter and the Cursed Child, a new play by Jack Thorne is coming to San Francisco’s Curran. With record-breaking productions currently running in London and New York, as well as the February 2019 opening of the first Australian production in Melbourne, the San Francisco production will mark the fourth engagement of the smash hit play, as well as its West Coast premiere in North America. Tickets can be purchased online and start at $59. Take BART to Powell St and walk seven minutes to the theater.
BAMPFA | Ron Nagle: Handsome Drifter (through June 14) by Downtown Berkeley
Ron Nagle has made stunning, entirely unique small sculptures since the 1960s, producing a body of work that is as original as it is mischievous. He mixes allusions to modernism, middlebrow culture, and the specific pop sensibility of Northern California in exquisitely formed works that are often no bigger than a few inches. This exhibition marks his first survey in the Bay Area in over twenty-five years. Tickets range from $5-$20 and can be purchased at the door. Take BART to Downtown Berkeley and walk three minutes to the Berkeley Art Museum Pacific Film Archive (BAMPFA). 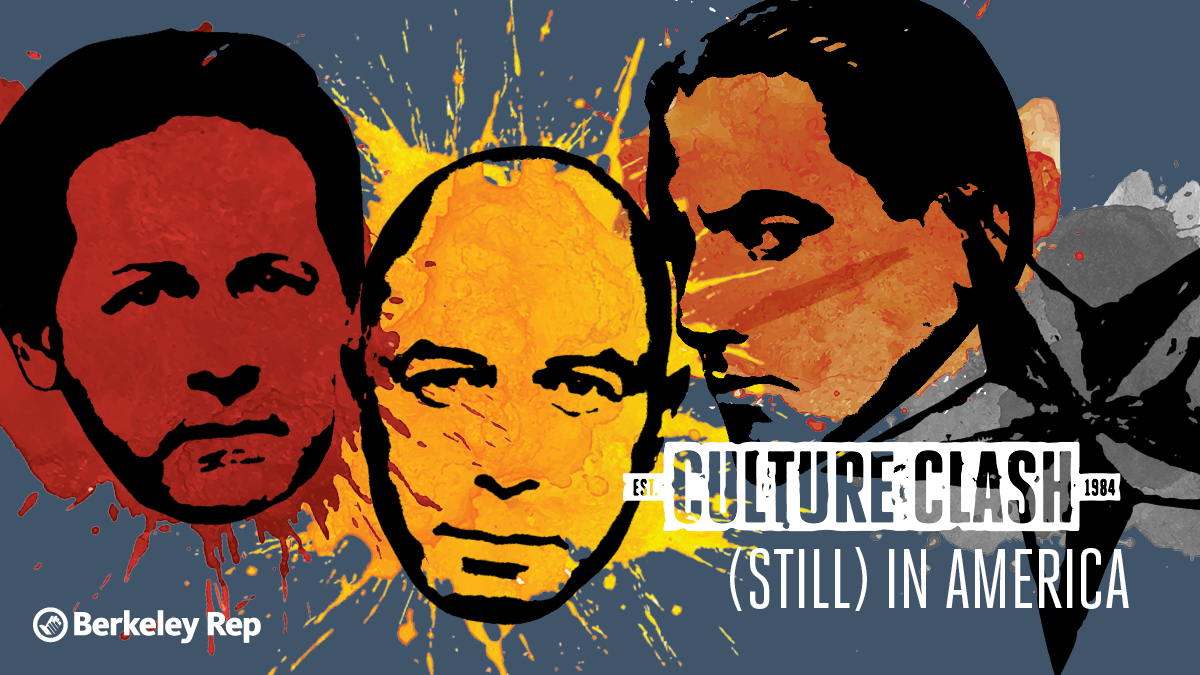 Culture Clash returns to Berkeley in Culture Clash (Still) in America. Photo courtesy of Berkeley Rep.
Berkeley Rep | Gatz (Feb. 13-23) by Downtown Berkeley
An anonymous office worker at a shabby small business finds a copy of The Great Gatsby on his desk one morning and starts to read aloud. At first his coworkers hardly notice. But after a series of strange coincidences, it’s no longer clear whether he’s reading the book or the book is transforming him. Gatz is an award winning production that has enthralled audiences around the world and is at Berkeley Rep from February 13-23, minutes from Downtown Berkeley station. Tickets are available online and range from $62.50-$125.
A.C.T.'s Strand Theater | Gloria (Feb. 13-Apr. 12) by Civic Center
A finalist for the Pulitzer Prize in 2016, this scalpel-sharp dark comedy explores how we cope with trauma and the tales we tell each other to escape. In the dog-eat-dog office of a New York magazine, twentysomethings Ani, Dean, and Kendra compete for a book deal to kick-start their careers. But after tragedy strikes, which one of them will write the story?   Tickets range from $25-$65 and can be purchased online. Take BART to Civic Center and walk one-minute to theater.
African-American Shakespeare Company | The Trial (Feb. 15-29) by Civic Center
This satirical play by Karani Marcia Leslie is set up as a mock trial of black female identity—specifically the jovial, asexual and servile “mammy,” along with the hyper-sexualized Jezebel-like “Safreeta Mae” stereotypes, which the main character charges, are actually based on television, advertising and the movies, not reality. And it is these stereotypes that have impeded her success in making it up the entertainment industry’s corporate ladder. Interestingly, the playwright herself was an editor and staff writer for CBS, NBC and Fox, with credits that also include The Cosby Show and Parenthood.  Tickets are available and can be purchased online.
BAMPFA | Rosie Lee Tompkins: A Retrospective (Feb. 19-July 19) by Downtown Berkeley
Rosie Lee Tompkins (1936–2006) is widely considered one of the most brilliant and inventive quiltmakers of the late twentieth and early twenty-first centuries. Her reputation has grown to the point where her work is no longer considered solely within the context of quilting, but celebrated among the great American artistic achievements of our time. Rosie Lee Tompkins: A Retrospective is the largest and most comprehensive exhibition of the artist’s work to date, featuring approximately eighty quilts, pieced tops, embroideries, assemblages, and decorated objects. It reveals Tompkins to be an artist of extraordinary variety, depth, and impact. Tickets range from $5-$20 and can be purchased at the door. Take BART to Downtown Berkeley and walk three minutes to the Berkeley Art Museum Pacific Film Archive (BAMPFA).
Berkeley Rep | Culture Clash (Still) in America (Feb. 20-April 5) by Downtown Berkeley
The missionaries of mayhem are back with their unique brand of Chicano satire! Born here in the Bay and Los Angeles-based, Culture Clash first brought their dangerous and subversive version of documentary theatre to Berkeley audiences with Culture Clash in AmeriCCa, gleefully skewering American culture through the lens of the Latino experience. Culture Clash returns to Berkeley Rep for a downright hilarious update in Culture Clash (Still) in America from February 20-April 5. Tickets range from $30-$97 and are available online. Take BART to Downtown Berkeley and the stage is a few minute walk away.
42nd Street Moon | A Gentleman's Guide to Love and Murder (Feb. 26-Mar. 15) by Embarcadero
A perfect blend of farce, romance, and treachery, "A Gentleman's Guide to Love and Murder" won the Tony for Best Musical in 2014, and 42nd Streert Moon is proud to host the Bay Area professional premiere!  When a commoner finds he’s eighth in line for an Earldom, he begins fiendishly plotting to move to the top of the heap. With a sparkling score and a crack ensemble cast, this "Guide" is part comedy of manners and part music hall romp—you’ll be dying of laughter. Tickets run $31-72 and can be purchased online.  Take BART to Embarcadero and walk 9 minutes to 42nd Street Moon's Gateway Theatre.

Keep up with us on Facebook, Instagram and Twitter to see all of the best BARTable events, places to eat and have fun around the Bay. Tag us in your February BARTable moments & adventures using #SFBARTable @SFBARTable for a chance to win some BART swag and to be featured in our community feed, which you can find at the bottom of our homepage!