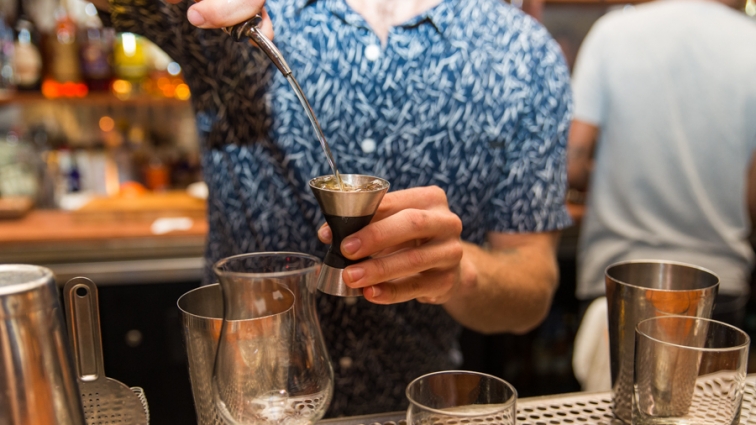 Starline Social Club is burning bright as a buzz-stirring addition to the Bay Area cocktail and music scene. Oakland is home to the restaurant, bar and concert venue(s) combo that’s a quick walk from 19th St./Oakland Station, and while it’s easily within reach of all the usual Uptown haunts, it does its own thing on a less trendy corner of West Grand Ave and Martin Luther King Jr. Way. 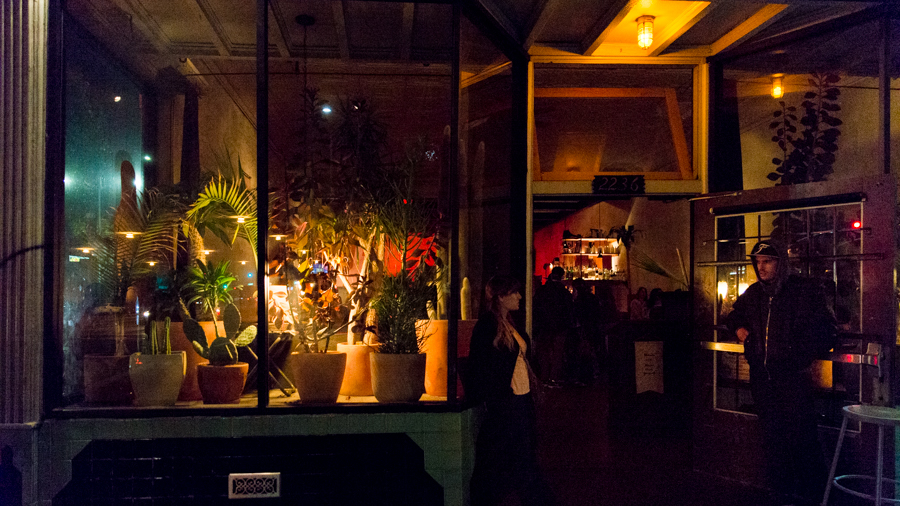 With grittier surroundings on the outside, Starline’s interior balances just enough eye candy to keep you curious (palm fronds, mounted crossed swords looming over a healthy display of liquor, hanging globe lights glowing red) with plenty of open space to keep things inviting. That means that high ceilings, wide walkways, and bare walls drive the focus to one long and meandering bar. When you don’t want to get up close and personal with the bar staff (they’re nice!), booths keep you comfy with just your crew. 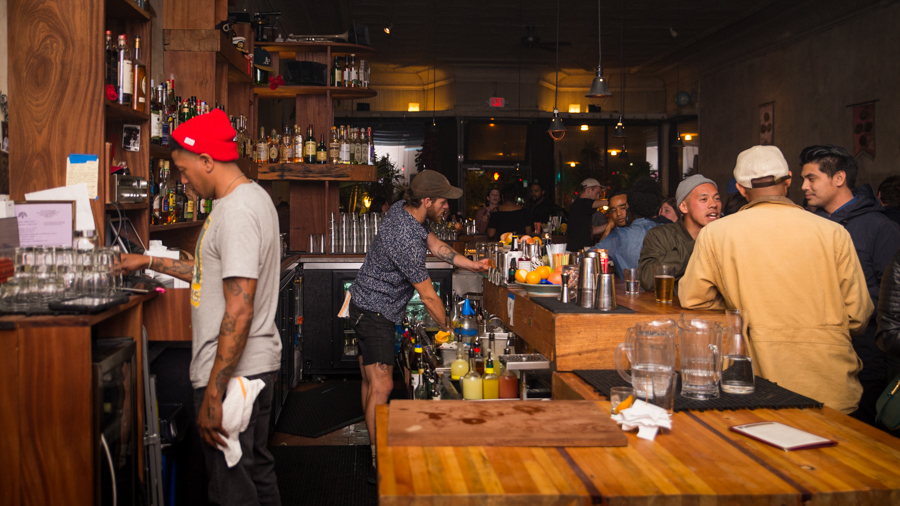 Wherever you choose to plant yourself, you’ll get friendly with a small (but carefully curated) menu of varied bites and beverages. Drinks: canned beers and draft pours keep it casual alongside an expected array of high-brow cocktails conjuring complex ingredients, colors and flavors. Food: naan topped with a runny egg and cilantro … yes, please. A bowl of boiled peanuts with a chunk of ginger may seem simple but still takes bar food up a big notch. Ricotta-spinach dumplings equal balls of decadent goodness. 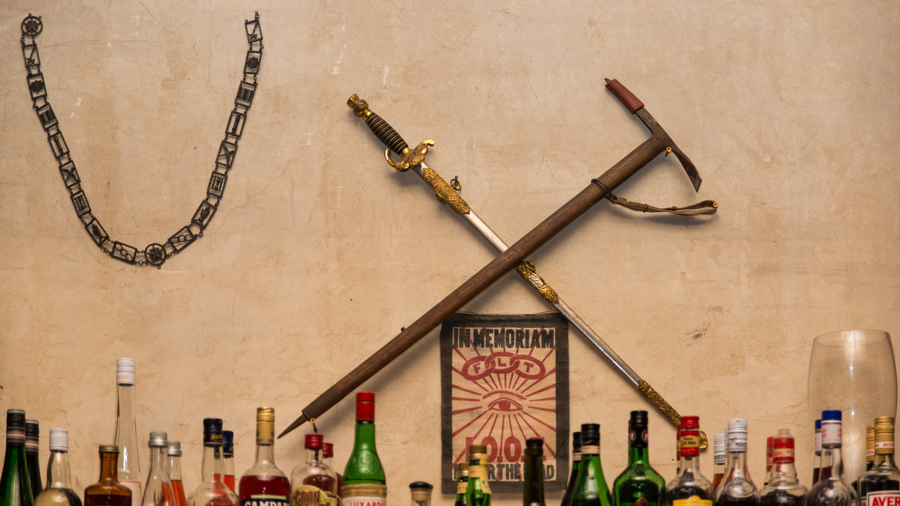 And then there’s the sound of music. Overachieving with two separate performance spaces, Starline manages not to overreach; each venue hosts legit shows in artistic yet raw environments. 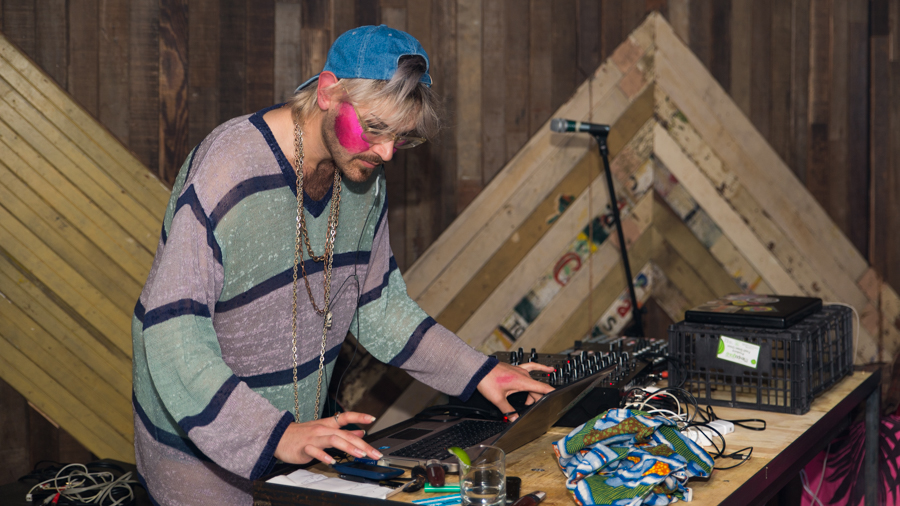 The upstairs ballroom is fast becoming a talk of the touring-act town with its more traditional, expansive space (400 capacity) home to dance parties, DJs and bands, while the newer downstairs stage — also a separate room entirely from the bar/restaurant — holds warehouse show vibes to a 100-capacity crowd. This little guy is candlelit and cozy, and it’s where music-goers now congregate beneath a huge chandelier that contrasts the chevron-designed natural wood backdrop, exposed brick, and mishmash of art. 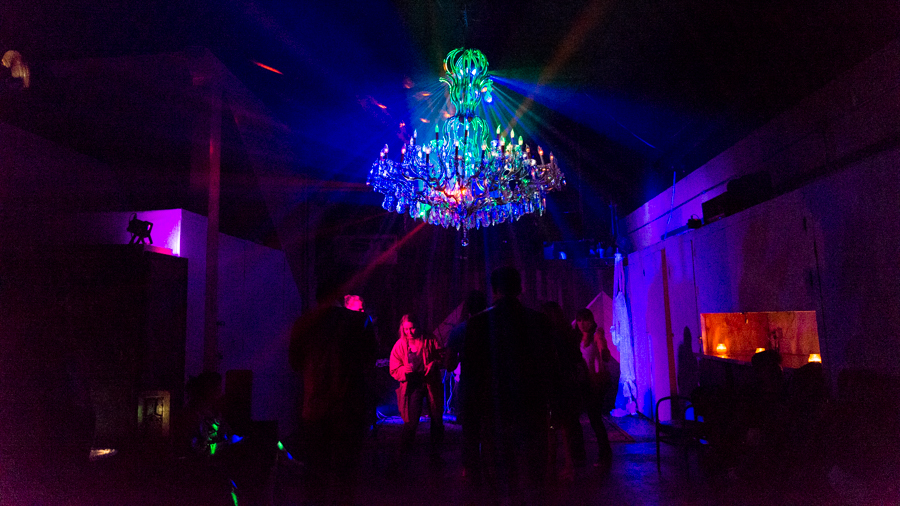 Cocktail, cuisine or concert — whatever’s on the agenda, Starline is a hip newbie that nixes any members-only air of exclusivity with a laid-back and loungey appeal. 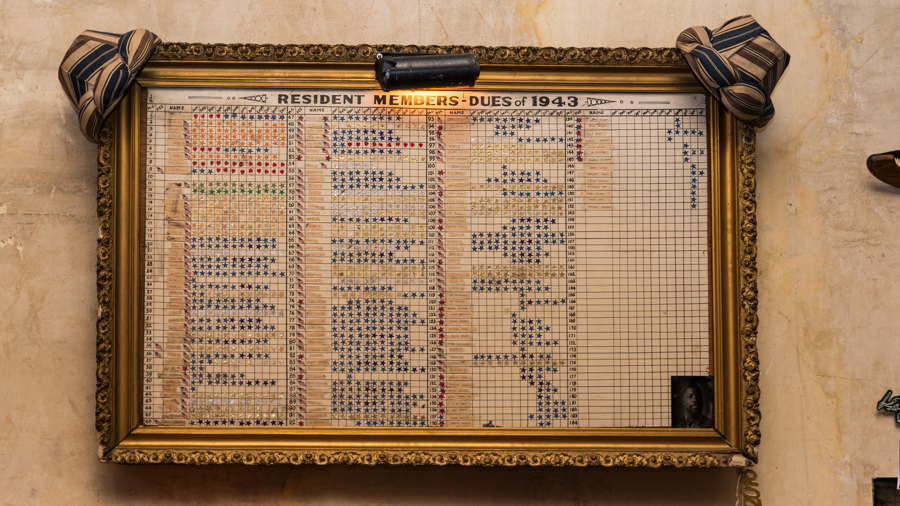