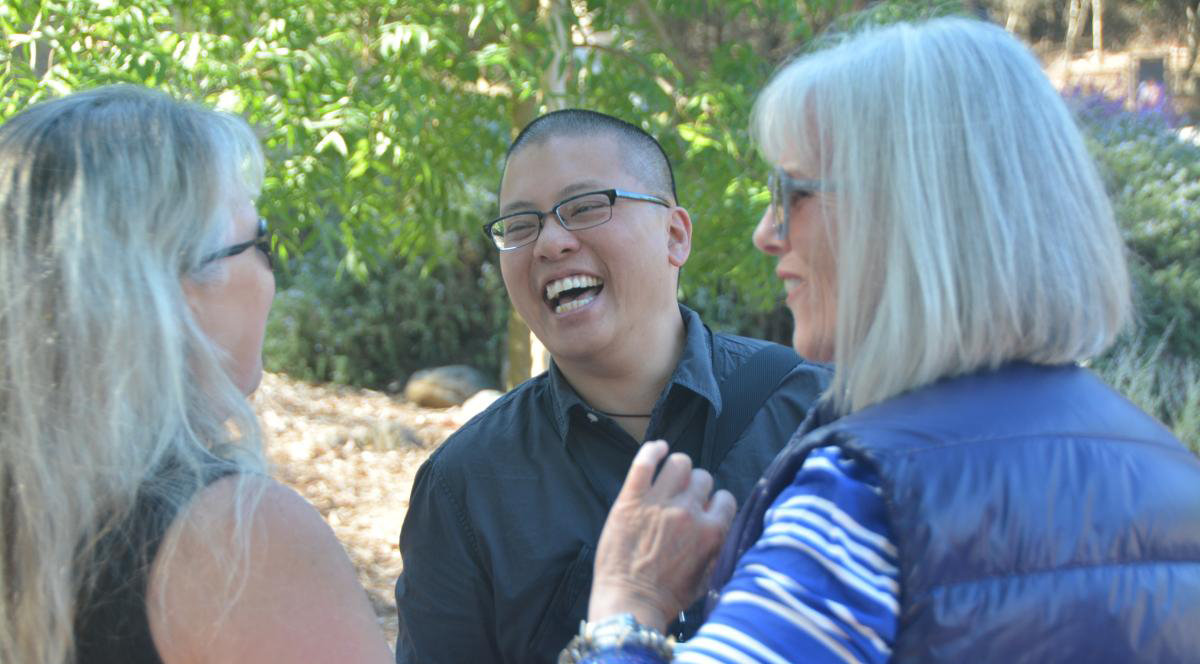 Free Shuttle at Orinda BART
To say that Eric Ting knows how to shake things up would be an understatement. It’s not often one transposes “Macbeth” to a 1969 Vietnam War-era backdrop, and the new California Shakespeare Theater (Cal Shakes) Artistic Director — fresh to the Bay from Brooklyn — boasts such a production on his acclaimed resume.
It’s that kind of refreshingly evocative approach to the Shakespeare canon that has many excited about his landing at the helm of the Berkeley-based, Orinda-staged company now celebrating the 400th anniversary of The Bard’s death. The Bay Area has always been a hotbed for socially responsible art, and Ting is aligned with Cal Shakes’ commitment to starting conversations — especially those that give voice to demographics traditionally muffled.
“Cal Shakes’ affirmation of the responsibility of art to its community is one of the big things that drove me here,” the 43-year-old told BARTable. “I’m astonished by the innovative civic engagement it experiments with and I’m wanting to forge them into something sustainable.”
For Ting, a Chinese-American son of immigrants (his mother was a potter and he grew up a visual artist), a love of theater came later in life by way of a college puppetry class. But puppetry would prove a lonely art form and soon a transition to the broader stage would ensue.
“The thing that touched me and changed me was how the people that I met in the theater world forced me out of my introverted bubble,” he recalled. “They made me engage with them and with the world around me. Whenever I talk about education and the power of theater, I say that theater gives us agency to participate in our world — the power to speak up and speak out.”
Refusing to let dust settle on the famed Elizabethan plotlines, Ting and Cal Shakes aim to integrate the classics with what is stirring in our contemporary (and local!) world. “We are a theater not a museum,” he emphasized.
“I’m surrounded by amazing Shakespeare experts at Cal Shakes,” Ting began, “but what I’m interested in doing in answering what is classical theater in 21st Century is find a way to bring the living writers into the conversation, because they’re chronicling our life in the moment.”
Audiences can expect to be engaged in new, and perhaps more personal, ways. “In the dream world there’s a feedback loop where what we present will resonate with what’s actually happening in the Bay Area.”
Note: For Bruns Amphitheater performances, take BART to Orinda Station and catch the free Cal Shakes shuttle that starts 90 minutes prior to each show.