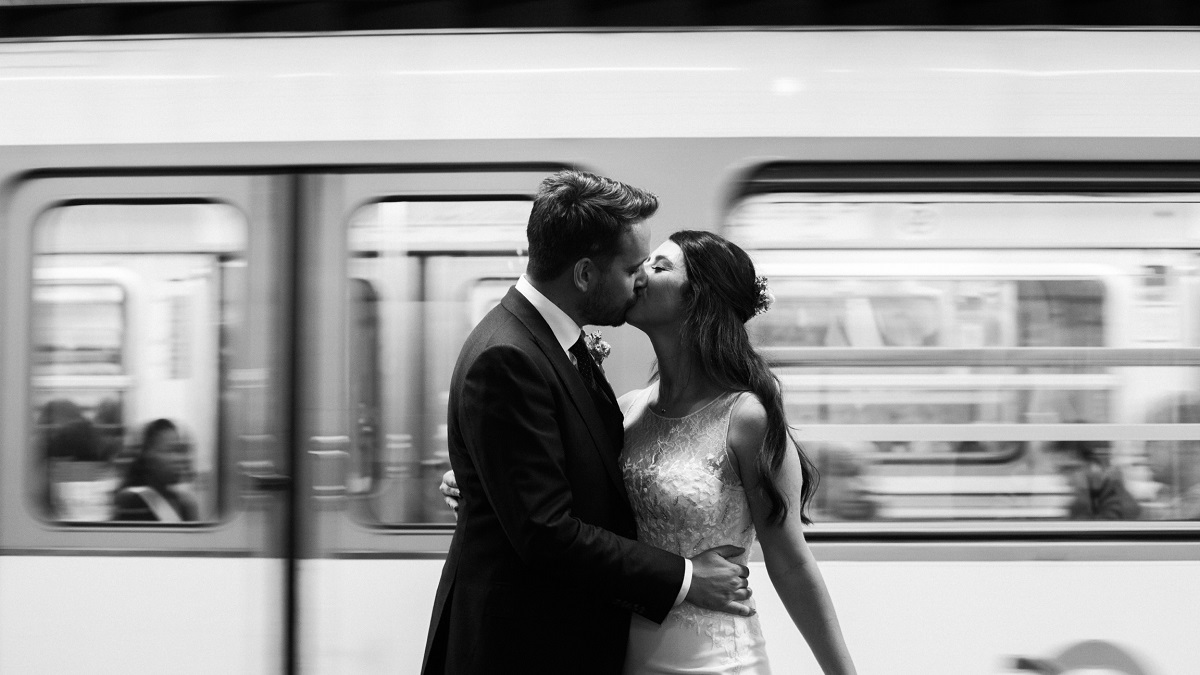 All photos courtesy of Kristin Sweeting Photography/Jill & Chris.
When you arrive at the station every morning, you most likely have the same routine. You may park in the same spot, enter through the same fare gate, walk to the same door marker. When you look around, you might see familiar faces and think, “We have the same BART philosophy.”
When Jill took BART from North Berkeley into Downtown San Francisco each morning, she casually noticed a man who had her same “philosophy” - the same line, door, and 7:38am train, every day.  Jill thought he was cute and had affectionately nicknamed him “BART Guy” in her mind. 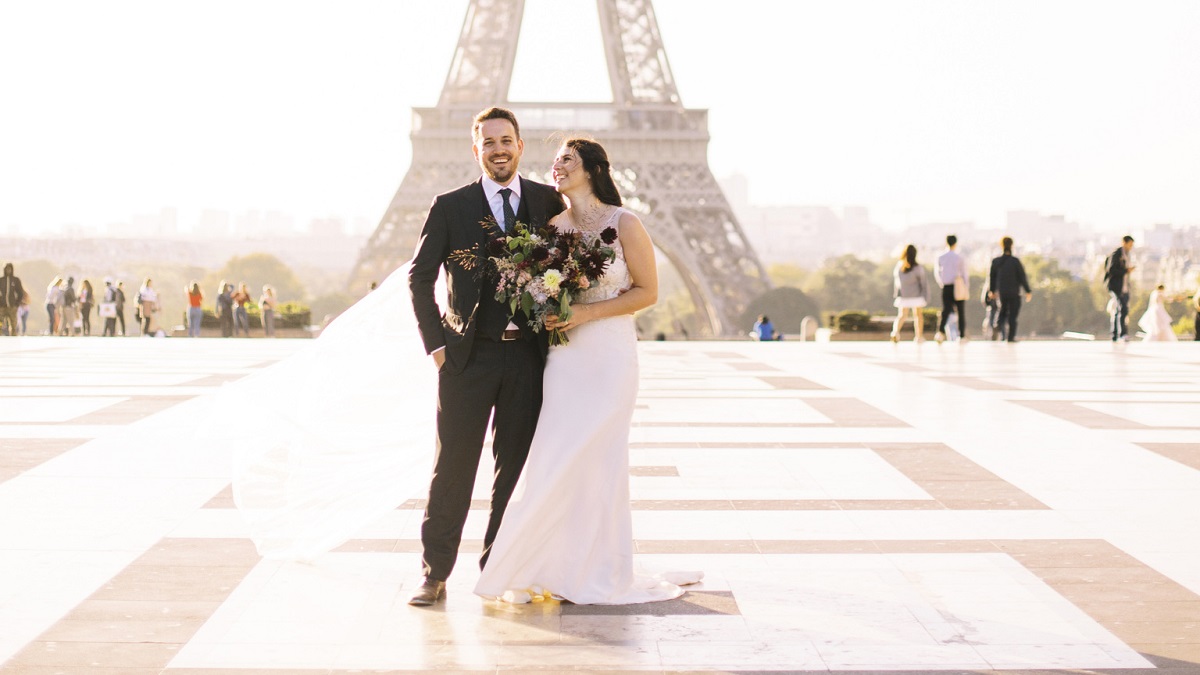 Then one day in October of 2015, they ended up next to each other and she got the courage to talk to him.
“I think we have the same BART philosophy,” she said to him as she ducked her head into his view.
“What…?” he replied, as he took out his headphones. She tried again, repeating her one pick up line.
Jill explained that for over the past month, she noticed that they both had the same BART philosophy - the same line, for the same door, for the same 7:38am train to Downtown San Francisco every morning. “BART Guy” now had a name and it was Chris. 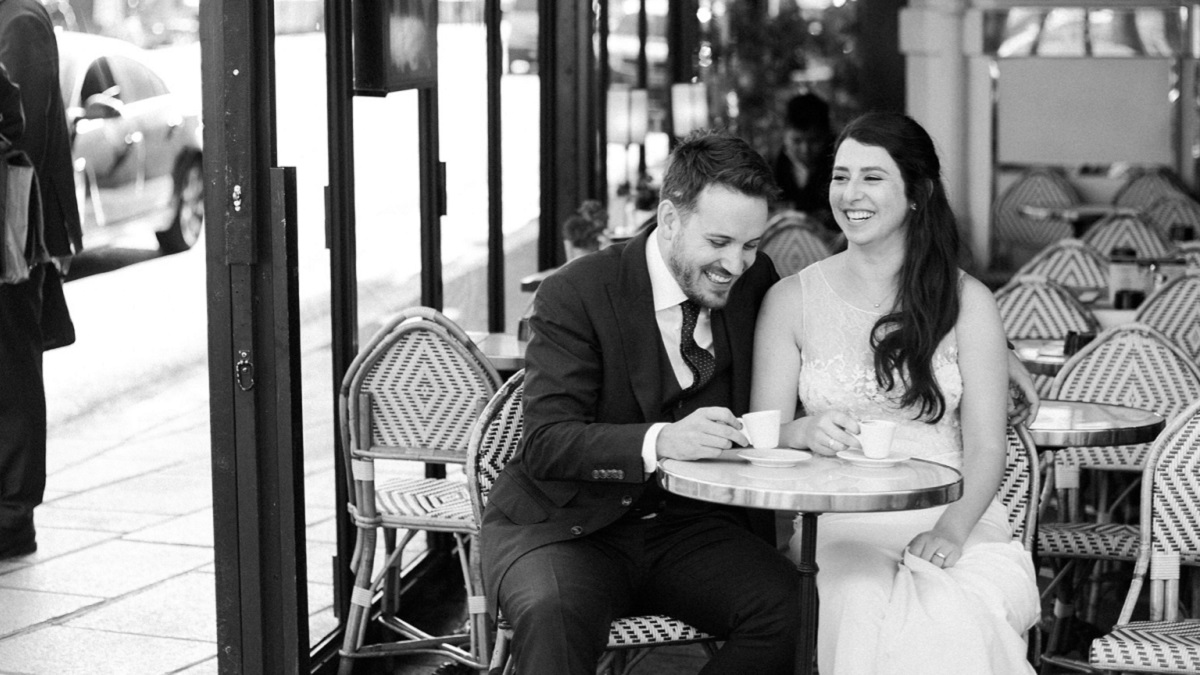 They started casually talking on the train, finding that they had a lot in common, both speaking French and having lived in France. The connection was there. Jill and Chris continued to chat each morning, which then turned into after work drinks, dinner dates, and eventually evolved into a true BART love story.
They commuted together for over a year, even creating their own methodology on where and when to meet on the train for the commute home.
One day on the train, Chris asked Jill, “Would you ever consider moving to St. Louis?” and the answer was yes. A potential job was on the horizon and life was taking them in a new direction.
Four years and a few months later, Jill & Chris are now in St. Louis and recently tied the knot in France. After the ceremony, they even rode the Metro together, taking wedding photos on the train and in the station. 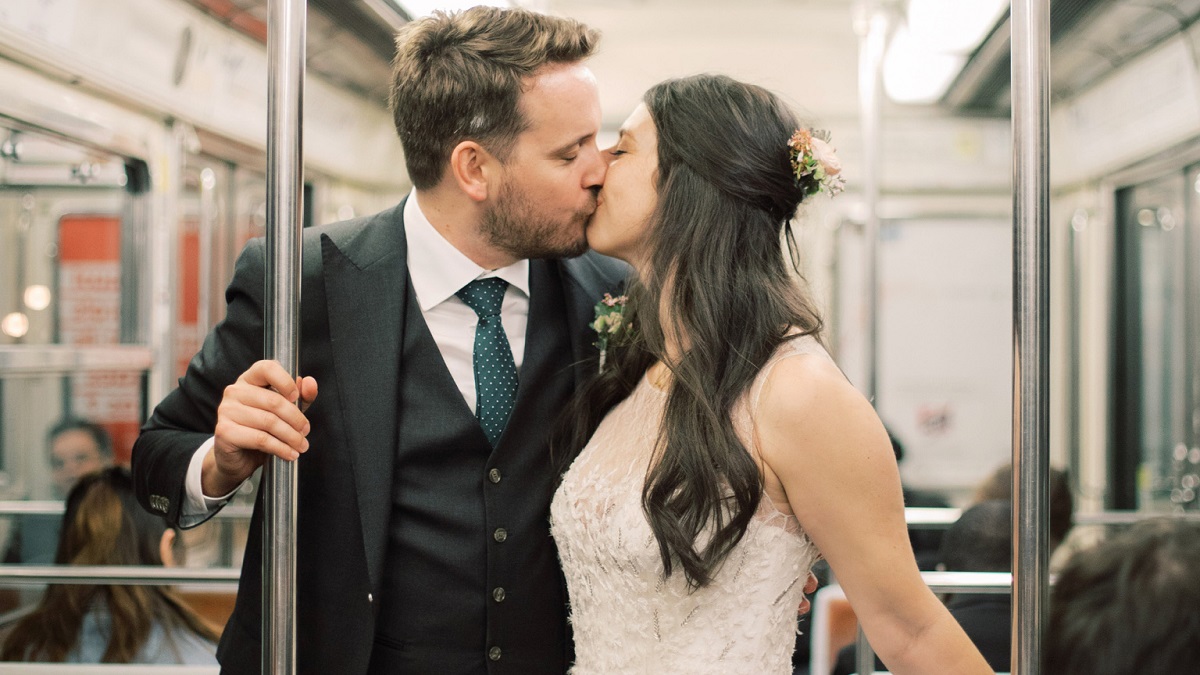 Their one wish? That they could’ve taken a few photos at North Berkeley Station. A wish we hope to grant the next time they are in the Bay Area.

Let’s talk about it.

From your work commute to taking the train to an event, BART brings people from all over the Bay together. Have you experienced a “BART Philosophy” moment before? Share your story with us on social, using @SFBARTable #myBARTphilosophy or emailing bartable@bart.gov.