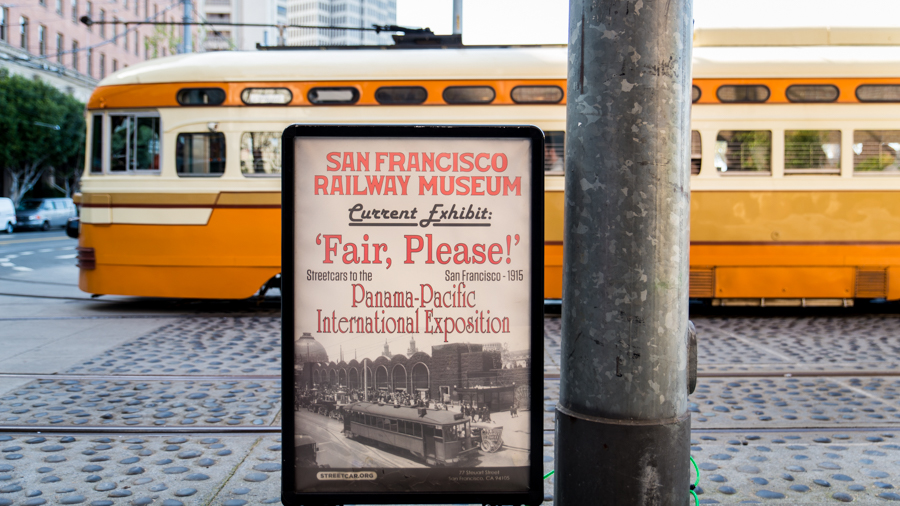 All aboard: San Francisco Railway Museum

It’s so much more than an ad campaign for boxed instant rice. Learn about the history of the cable car, an international emblem of San Francisco, at the San Francisco Railway Museum and Gift Shop. Obviously BARTable is all about public transportation, so we couldn’t help but take a stroll through a museum that gives a nod to the yesteryear (and resurrection) of the city’s nostalgic streetcars and cable cars that make cameos in so many SF scenes.

“I really like teaching people the linkage between transportation and the city, as well as the beauty of the streetcar,” Frank O’Connell told BARTable. A regular docent of the museum and 22-year member of the Market Street Railway nonprofit that operates it, O’Connell mans the register and enthusiastically doubles as a deep well of knowledge. He’s an SF native who grew up riding streetcars to high school and City College, so his firsthand experience fuels his passion for this element of the Bay Area. 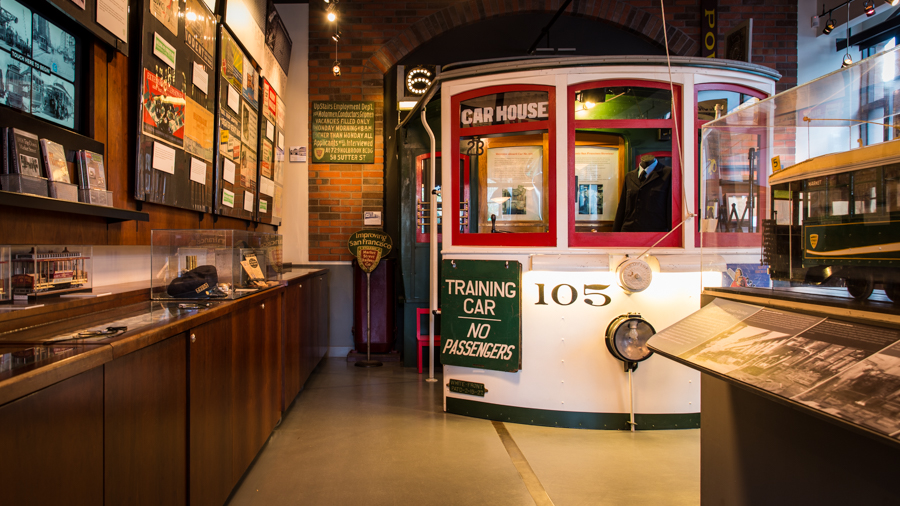 Like O’Connell, the museum is inviting and informative. The one-room monument — colorful and concise — is less than two blocks from Embarcadero Station on Steuart Street. (Find the complementary Cable Car Museum in Nob Hill.) It’s steps from the Ferry Building and appropriately sits at the corner where the running F-line streetcars bend at the midpoint of their route from the Wharf to Market Street. 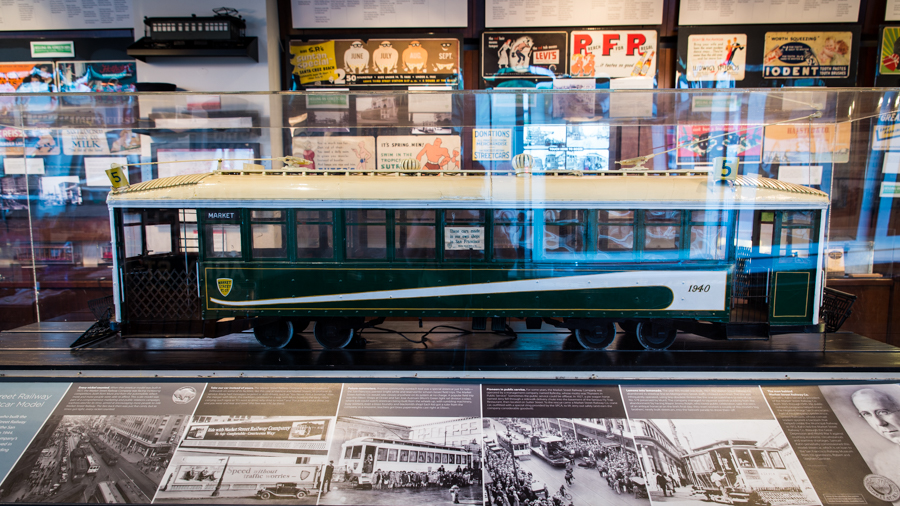 So while you scour a vibrant mosaic of memorabilia packing the walls, tables and touchscreens of the space (with historical photos and video footage of pre- and post-earthquake SF abound), live sights and sounds of the topic at hand are running right outside the door.

The museum is also easy to navigate for kids, who gravitate toward the true-to-size replica of a 1911 streetcar at the rear of the room. Inside they can commandeer the conductor’s seat and play around with all the old-school knobs and levers. 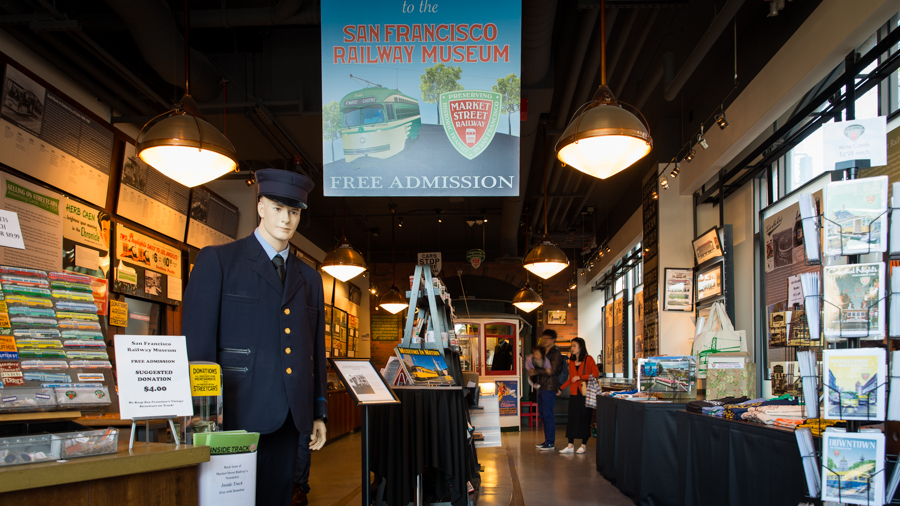 Another reason to BART to this educational facility and souvenir outlet? Admission is free, with a suggested $4 donation benefitting the nonprofit’s operating costs and efforts to reinstate more retro cars for Muni use. 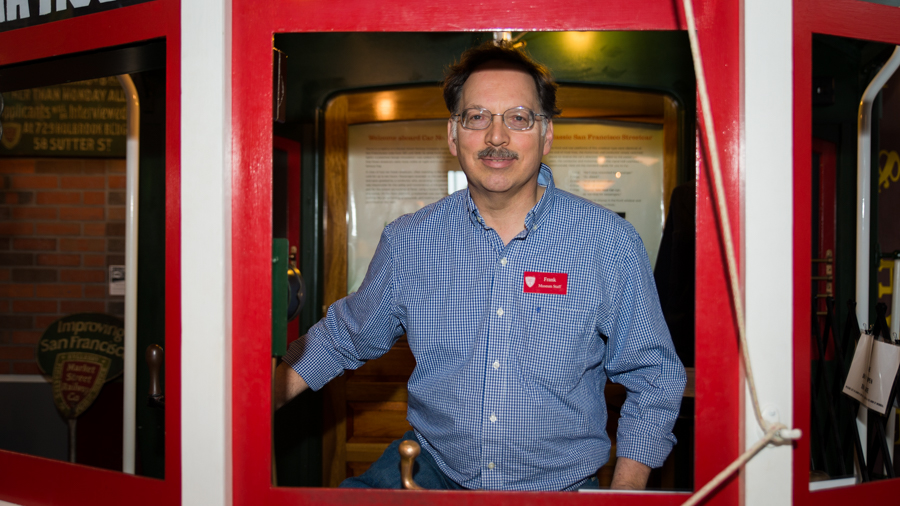 With so much to investigate, O’Connell disclosed some of his personal favorite fun facts: 1920s streetcars ran every 15 seconds during peak commute hours, and pre-WWII streetcars traveling down Sloat Blvd near Ocean Beach could speed up to 35 mph.

He remains wowed and is pretty hopeful you’ll leave feeling the same way: “There’s such a connection between transit and the history of SF — a lot of people might ooh and ahh about the depth of that connection.” 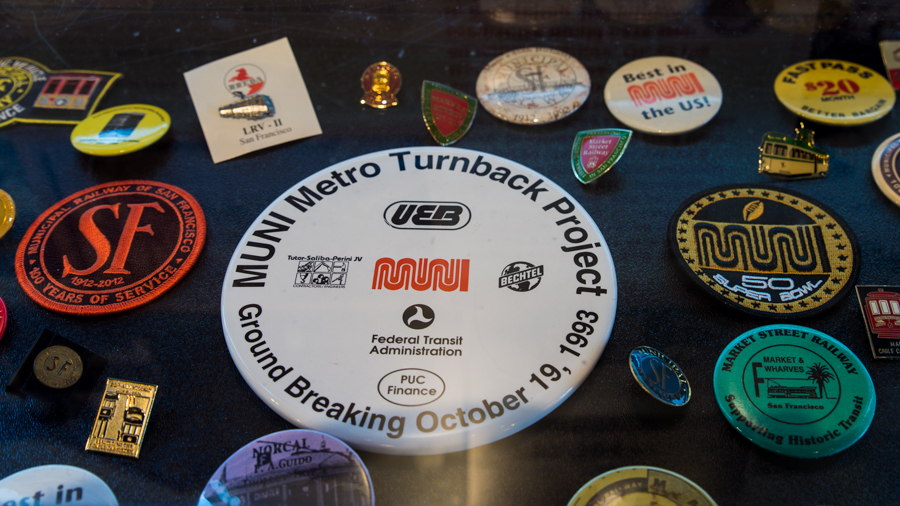