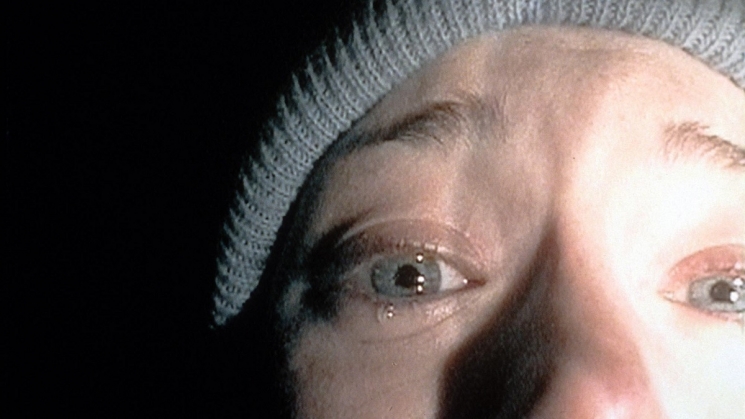 13 movies to watch over Halloween weekend

It’s the season for scary (and not so scary) Halloween movies. There are so many to choose from, you may not know where to begin. From cult classics to newer horror films, our list of 13 Halloween movies will be sure to give you a scare… or a laugh. Sing-along to the tunes of “The Rocky Horror Picture Show” or freak yourself out with Elisabeth Moss’ latest “Invisible Man.” There’s a little something for everyone here, just depends on how scary of a night you want to make it. Get your popcorn ready, turn off the lights, and snuggle up for 13 movies to watch over Halloween weekend. 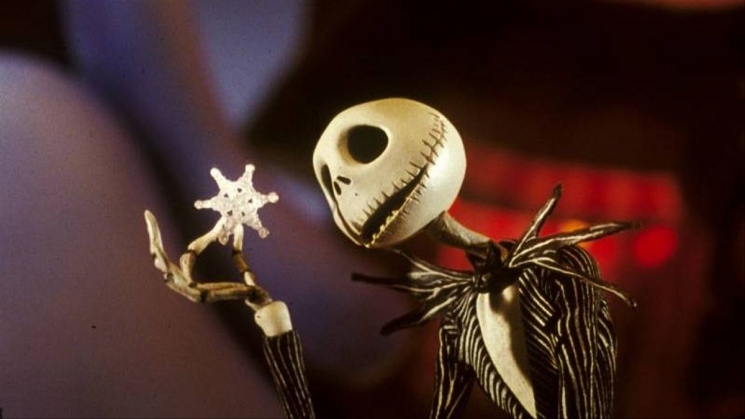 "The Nightmare Before Christmas." Photo courtesy of Disney.

This 1993 stop-motion animated musical dark fantasy film, directed by Henry Selick and produced/conceived by Tim Burton, tells the story of Jack Skellington, the Pumpkin King of “Halloween Town.” Jack stumbles upon “Christmas Town” and attempts to bring Christmas home to the residents of “Halloween Town.”

Why we like it: This film has some tongue-in-cheek bits along with an innovative (for its time) premise, and well-defined and nuanced characters.

Another Tim Burton fantasy comedy film, “Beetlejuice” is about a recently-deceased couple, Barbara and Adam Maitland, who become ghosts and haunt their former home. When the Deetzes move into the Maitland home, they attempt to scare them away without success and attract Beetlejuice. The crazy spirit’s help quickly turns dangerous not only for the Maitlands, but the Deetzes’ daughter, Lydia.

Why we like it: If you aren’t a big fan of horror movies, but into strange ones, “Beetlejuice” could be for you. Add in a lot of comedy with great costumes and set designs and you have the perfect Halloween flick.

“It’s the Great Pumpkin, Charlie Brown” is the third animated TV special based on the comic “Peanuts” by Charles M. Schulz. Debuting in 1966, this Halloween special follows Linus, Lucy, Charlie, Snoopy, and the rest of the gang as they prepare for Halloween. Beginning in 2020, all “Peanuts” specials are available on Apple TV+.

Why we like it: This movie spans generations and marks the beginning of a season full excitement and anticipations for planning costumes, hosting small gatherings within your social bubble, and this year, trick-or-treat candy hunts. 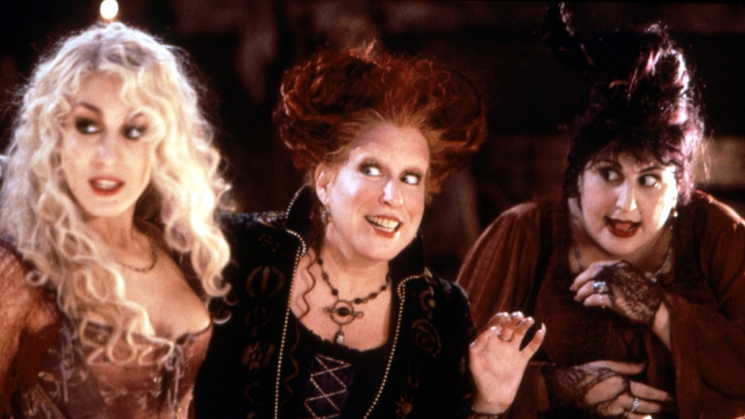 Starring Bette Midler, Sarah Jessica Parker, and Kathy Najimy, “Hocus Pocus” originally came out in 1993 but has been rediscovered by audiences over the last 10 years during the Halloween season. This now cult classic tells the tale of the Sanderson Sisters of Salem, Massachusetts as they are freed by a teenager, Max, who doesn’t believe in their story. With the help of Max’s sister, a magical cat, and his high school crush, they work to stop the witches from becoming immortal.

Why we like it: “Hocus Pocus” is a wicked good time and makes you love-to-hate the Sanderson Sisters. Plus, we all want to see what the magical cat looks like as a human.

“What’s your favorite scary movie?” is one of many memorable quotes from the original “Scream” movie that was released in 1996. This Wes Craven film follows a group of teens that are being hunted down by someone in a now-famous ghost mask. While the movie is technically scary, there are moments of comedic relief from the cast.

Why we like it: When it was first released, “Scream” was literally one-of-a-kind and even though you knew who was going to be offed next, it still kept you on the edge of your seat. It also spawned one of the most infamous Halloween costumes of all time.

While there have been remakes of this classic 1991 movie, the original “The Addams Family” still reigns supreme. Starring Christopher Lloyd, Raul Julia, and Anjelica Huston, “The Addams Family” believes to have found the long-lost brother of Gomez Addams, Fester, but some members of the family are suspect to the newcomer and they must find a way to protect the Addams Family fortune.

Why we like it: The theme song gets stuck in your head the moment you hear it. And who doesn't love the Wednesday Addams Girl Scout cookie scene? 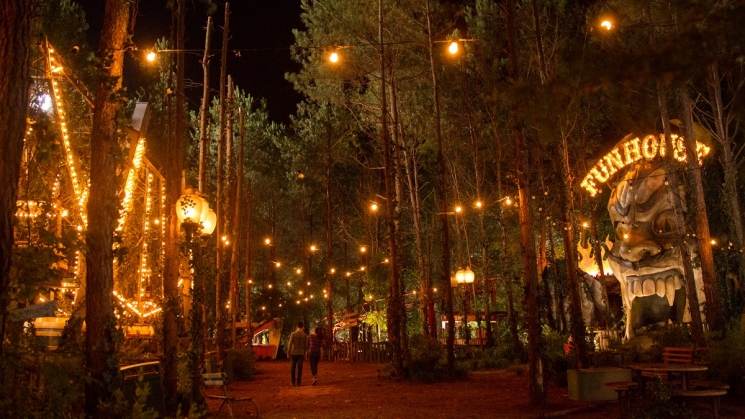 The famous R.L. Stine children’s horror book series, “Goosebumps,” comes to life in this 2015 live-action and computer-animated comedy horror film written by Darren Lemke and directed by Rob Letterman. The film follows a teenager who tries to save his town with the help of R.L. Stine, played by Jack Black, after all the monsters from “Goosebumps” begin to escape from their books, wreaking havoc in the real world.

Why we like it: Who didn’t read “Goosebumps” as a kid? This movie is some of our favorite childhood books coming to life.

Hitting the big screen for the first time ever, Jamie Lee Curtis stars in this John Carpenter slasher film about a mental patient who was committed to a sanitarium for murdering his teenage sister on Halloween when he was six. “Halloween” fast-forwards 15 years later when that same patient escapes and returns to his hometown, stalking Curtis’ character and her friends. This now infamous movie spawned a whole series following the patient, Michael Myers.

Why we like it: While there are so many “Halloween” movies these days, the original really sets the tone for the series. Plus, it’s a classic horror film.

Found video footage tells the story of three film students, Heather Donahue, Joshua Leonard, and Michael C. Williams, who've traveled to a small town to collect documentary footage about the Blair Witch, a legendary local murderer. Over the course of a few days, the students interview those in town and gather clues to support the tale's truth. But the project takes a turn when the students lose their way in the woods and begin hearing terrifying noises.

Why we like it: It was one of the first movies for some our younger years that we were terrified by. Like hiding under the blankets scared. Now, it may be kind of comical to some and could be considered one of the first selfie videos ever. 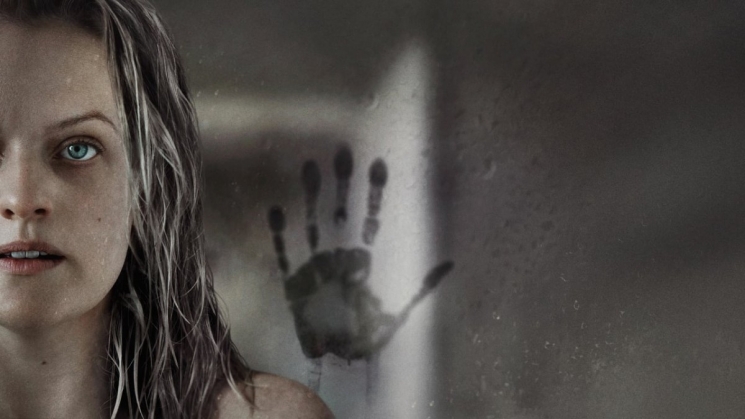 Directed and written by Leigh Whannell, “The Invisible Man” is Elisabeth Moss’ latest psychological horror film that is bound to make you jump a few times. The film is about a scientist who stages his own suicide and then uses his power to become invisible to stalk and terrorize his ex-girlfriend. When the police don’t believe her story, she decides to take the situation into her own hands.

Why we like it: If you’re an Elisabeth Moss fan, this movie shows off all her acting abilities. And the movie is a good blend of sci-fi and horror.

When Marnie, played by Kimberly J. Brown, learns that her family and Grandmother come from a family of witches, her world is turned upside down. “Halloweentown” is the only place were supernatural beings can be normal. When Marnie learns she’s a witch on her 13th birthday, an evil being tries to take over the world and Halloweentown.

Why we like it: This film debuted in 1998 on the Disney Channel and brought together a little bit of spooky with a touch of humor for all ages. It’s now become a cult classic.

Based on Washington Iriving’s classic tale “The Legend of Sleepy Hollow,” Tim Burton once again takes us on a horror, fantasy, and romance ride that is scary but beautiful. “Sleepy Hollow” stars Johnny Depp as Ichabod Crane, a police constable that is sent to the town of Sleepy Hollow to investigate a series of deaths by a Headless Horseman.

Why we like it: A spin on a classic tale, this movie is a good mix of fantasy and horror built with a little romance. It’s basically a great movie for a first date or a date night in. 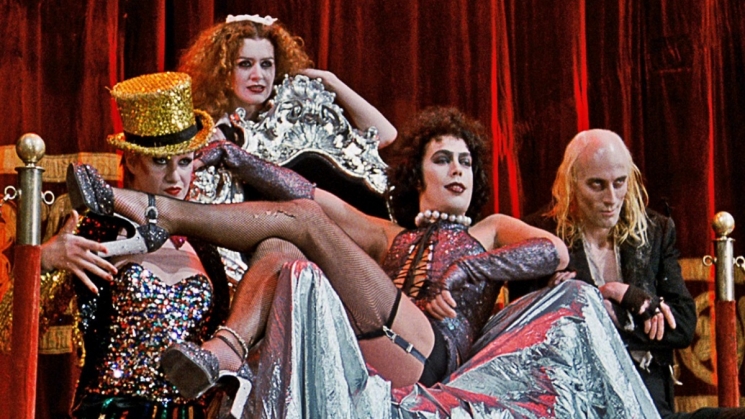 “Let’s do the time warp again” and watch “The Rocky Horror Picture Show.” This 1975 classic is a parody tribute to science fiction and horror movies. Follow the story of Brad and Janet as a flat tire during a storm leads them to Dr. Frank-N-Furter’s rather odd mansion. Brad and Janet then meet a house full of wild characters in amazing costumes celebrating an annual convention.

Why we like it: Who doesn’t want to dress up and sing-along to this cult classic masterpiece at midnight? It could easily become your new Halloween tradition.

What are you watching this Halloween?

How scary are your movies going to be? Let us know via social media, @SFBARTable #SFBARTable. Keep up with us on Facebook, Instagram and Twitter to see all of the best BARTable (virtual) events, places to eat (grab take out from) and have fun (outside) around the Bay.